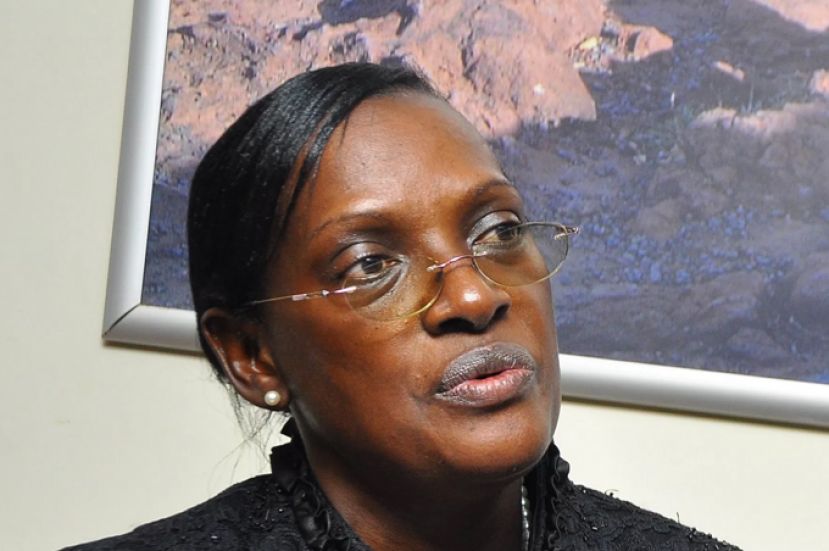 Youth Power Research Uganda, a pressure group advocating for social and economic transformation of youth, has asked the Inspector General of Government (IGG) to publish a report detailing investigation findings into a one Justine Bagyenda.

The letter from Youth Power Research Uganda dated 12th July, 2018 has been received by IGG’s office, Office of the Prime Minister and that of Parliament’s  Committee on Commissions, Statutory Authorities and State Enterprises (COSASE). It is titled Refusal And/Or Delay To Publish Investigation Report Regarding One Justine Bagyenda.

Bagyenda is under investigations and asset verification by the Leadership Code Directorate in the office of the IGG over illicit and under declared wealth plus accusations of money laundering by the Financial Intelligence Authority (FIA) over money laundering accusations.

On February 20, a whistleblower petitioned the IGG to investigate Bagyenda, referring to different assets, and the billions of shillings she allegedly had on her accounts. It is believed that her wealth doesnt match her salary as a department director at Bank of Uganda, the country’s central bank and regulator of the banking industry.

However, it is now  months without producing the report a thing that has prompted the youth to pile pressure on the IGG.  It should also be noted that a section of members of public  allege  that IGG has blocked the of investigating Bagyenda because the two are friends.

Zahid Sempala the head of publicity Youth Power Research Uganda said that the IGG had earlier written to them indicating that they were acting on behalf of a third party something they deny.

“Our requirement is on the purported illicit undeclared wealth of one Justine Bagyenda and the consequences thereof”. “We wish to clarify that contrary to your fears, we serve no untiring third parties save for self and country the constitution gives us the power.”

“We wish to clarify that contrary to your fears we in fact serve no untiring third parties save for self and country the constitution gives us the powers to .We at once invited you to redeem our institution and similarly serve country and not individuals as appears to be the case”. reads part of the letter. 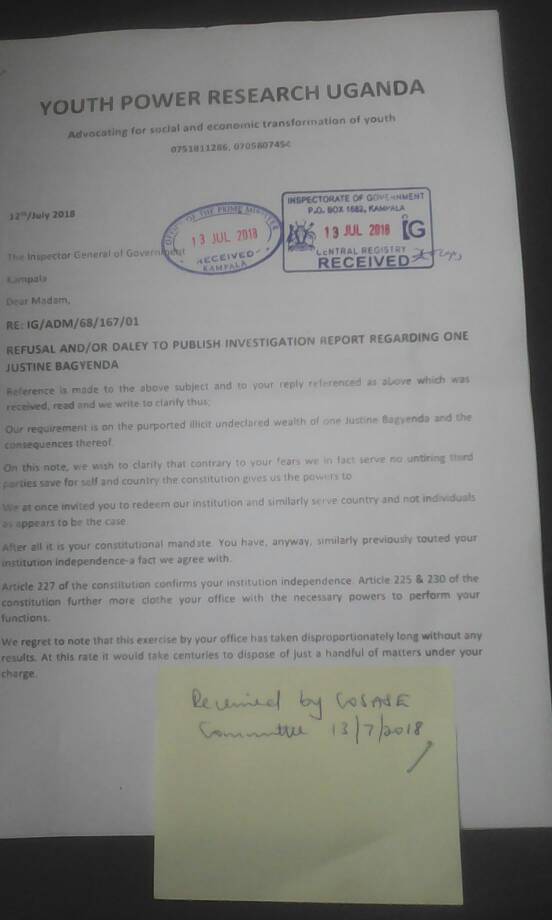 More in this category: « dfcu Find Themselves In Unenviable Situation Finance Minister Appoints Bagyenda On Board Of Authority Investigating Her »