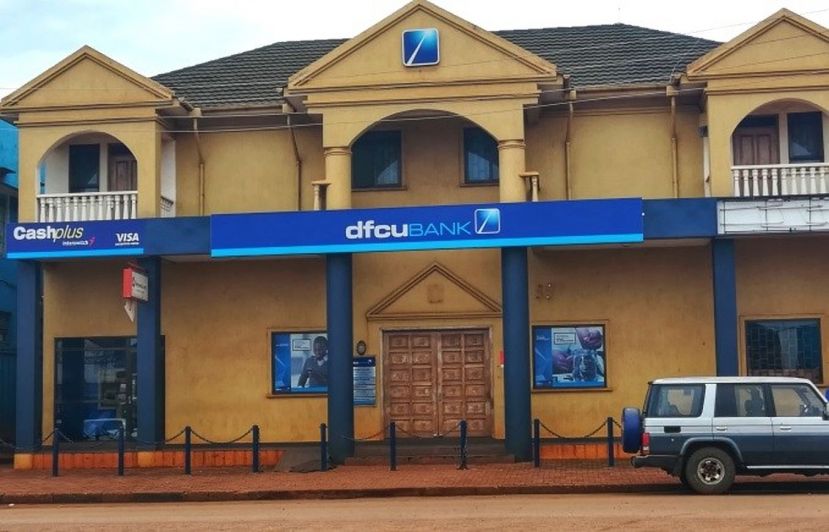 The testimony pins James Sebugenyi Mukasa (JSM), a senior partner of the law firm as the one who set the rent they are now contesting on behalf of dfcu.

JSM advised Meera Investments Limited (MIL) to charge Crane Bank (CB) the rent amounts it was paying by the time it was closed by the central bank. CB was renting the building owned by MIL at the time. Dfcu has since acquiring CB been in occupation of some of the buildings previously occupied by the latter, but without remitting rent. The financial institution refused to pay rent on the mantra that the buildings it is occupying are some of the assets it acquired from the central bank when it acquired CB from the central bank.  Never mind that there are land titles in place indicating MIL to be the registered owners of those buildings and CB to have been a tenant of the former.

Refusal to pay by dfcu prompted MIL to file a lawsuit demanding payment of tens of billions of shillings in rent. JSM’s law firm of Sebalu, Lule and company advocates has since filed a defense on behalf of dfcu terming the rent he advised to be paid by CB as not only excessive but also irregular and allegedly premised on fraud purportedly committed by the directors of MIL against CB.

That said and done and now the same law firm is opposing the rent sums set by its senior partner, it (law firm) runs the risk of being regarded as unprincipled. For those who don’t know, Sebugenyi is not only one of senior lawyers in the country currently; he was President of the respectable Uganda Law Society for two terms.

Crane Management Services (CMS), a lease agent of MIL, filed the lawsuit on behalf of the latter. An affidavit sworn by Rajiv Ruparelia, one of the directors of MIL and now in the hands of the  commercial court, points out what Sebugenyi was engaged to do and when.

The lawyer received the instructions in 2016. He was to review the rent payable by tenants of rental properties belonging to MIL. The buildings included those CB was occupying at that point in time.  Aside from reviewing the rent, the lawyer was instructed to amplify the protection of MIL as landlords.

We as well accessed the rent sums set by Sebugenyi upon completing the review as well as the pay slips amounting to over Ushs8m which MIL remunerated the firm for the legal work done. These are the rent charges which MIL would later charge its tenants including CB including dfcu being the  predecessors in title of the former but which Sebugenyi has since made a u-turn to is fight on behalf of dfcu.

The plaintiffs fear that Sebugenyi having been their lawyer since 2012, he has much information and documents that he is likely to pass on to his new found clients in dfcu thereby prejudicing their case.

Now that Sebugenyi claims that the rent set by himself  his irregular and fraudulent , the plaintiffs wants him to turn up in court and justify his assertions or defend the same being the brain behind it.

In effect, the plaintiffs want Sebalu, Lule and advocates to be thrown off the case since they are privy to a lot of what went on between them and MIL and are likely to use it to the advantage of their adversary in dfcu to whom they have since switched sides.

Ironically, Dr Sudhir Ruparelia, the chairman of the Ruparelia group under which MIL and CMS falls had cautioned Sebugenyi against representing dfcu in the instant case since he is still their lawyer. Well, Sebugenyi gave the impression he had taken the caution only to insist on carrying out the instructions from dfcu.

The commercial had not set a hearing a date for the hearing of the application by close of business on December 18 nor had Sebugenyi and company as well as dfcu responded.

If MIL succeeds, this will be the second time for lawyers to be thrown off cases involving the Ruparelia group. The first lawyers to suffer such humiliation were those of MMAKS and A.F. Mpanga and company advocates.

Justice David Wangutusi the chief of commercial court gave them marching orders after they were found to have acted for Crane Bank on a number of occasions. Bank of Uganda had engaged the two law firms to file a lawsuit in which it seeks to recover hundreds of billions the directors of Crane Bank allegedly took out of it causing its collapse.

On being thrown out,Bank of Uganda took on Sebalu, Lule and company advocates. Its not clear whether their instructions from the Ruparelia group did not extend to matters involved in the Bank of Uganda case against CB.