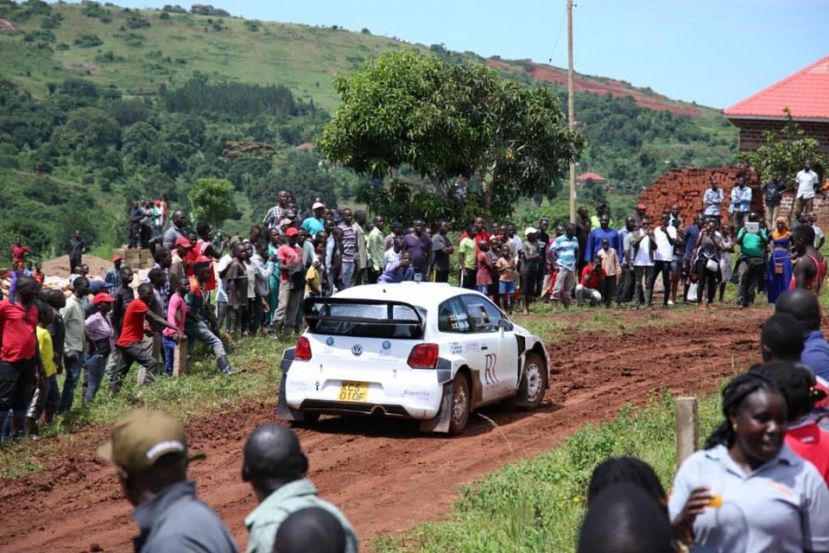 Rajiv Ruparelia, the team’s lead racer, showed steeliness, resolve and intent that he is in it to compete rather than add to the numbers of racers.

It took the agility of experienced racer Ronald Ssebuguzi to deny Rajiv a debut win. Clocking 10:04 minutes, Ssebuguzi got the better of Rajiv’s 10:44 minutes. In third place was Jonas Kasiime clocking 10:54 minutes.

Rajiv Ruparelia Rally Team nicknamed Double Trouble cruises in a VW Polo Proto which was recently unveiled to the public at groovy at Speke Hotel’s Rock Bar and Grill. Rajiv is navigated by Ronnie Walia and managed by Dipu Ruparelia.

According to today exhibition, Rajiv says he is ready to keep the foot on the accelerator pedal and give it a go in the upcoming Pearl of Africa rally under the Federation of Motor Sport in Uganda (FMU).

Rajiv recently received specialised training at the Rally Sports Academy from Sun Carousel, in Johannesburg, South Africa under the stewardship of Africa’s No.1 trainer Leone Botha.