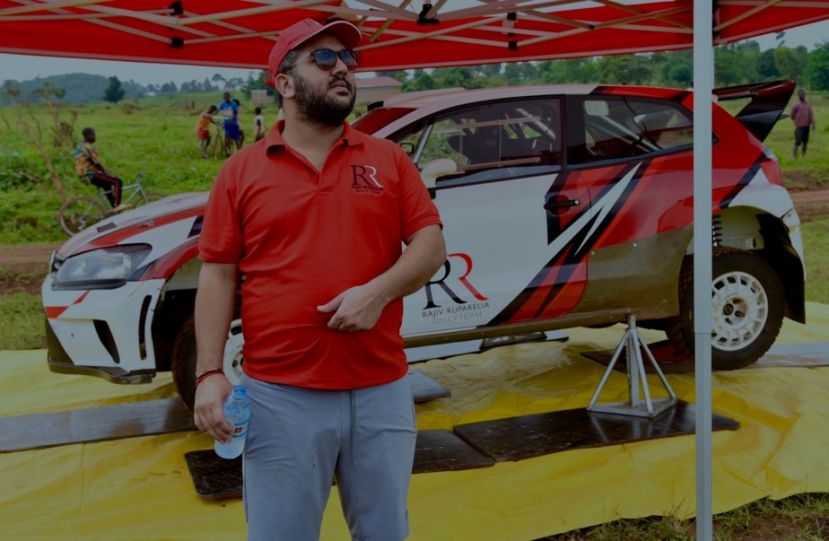 COURTESY PHOTO Motorsport is an audacious, demanding and costly sport but for Rajiv Ruparelia, going by the results in his debut year, it looks like light work.

The National Rally Championship (NRC) has ended 2019 in a contentious manner but some racers are already eying winning 2020 season.

Motorsport is an audacious, demanding and costly sport but for Rajiv Ruparelia, going by the results in his debut year, it looks like light work.

Not that he has not put in money, training and hard work, but because he tends to supersede his ambitions. Maybe he is lucky.

Speaking to NTV Uganda in an exclusive interview, the racer has set his eyes on winning bigger things especially the National Rally Championship on his first attempt, next year - 2020.

Rajiv Ruparelia might be a novice in the motor rally fraternity but he is surely one to look out for if the results in his first past appearances are to go by, NTV Uganda wrote about him.

Equipped with a strong VW Polo Proto, Rajiv Ruparelia Rally Team is flying high and in an interview with NTV Weekend Sport the son of Dr. Sudhir Ruparelia says he is up for the challenge.

“My next target is to go for the NRC championship. If I do get the NRC, my next step is to go straight to the IRC,” Rajiv told the TV crew, adding; “They have to be ready (competitors) for me because I am coming hard. I will let my performance speak,”

Asked where he gets his interest in sport, Rajiv said he has always been ‘a sportsman all my life,’ “I get that from my father, my mother played golf, badminton and other sports. But I get it all from my father who introduced me to all sorts of sport,” he said.

And having debuted in the motorsport sport in May this year, Rajiv describes the past months as ‘an exciting season overall.’ “I have thrown my results in their faces. They can take it straight if they want.” he bragged.