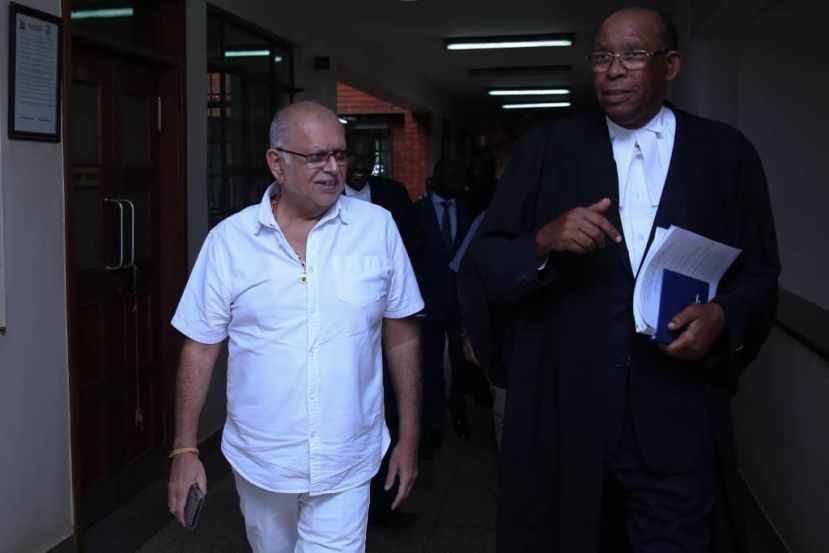 The Supreme Court has dismissed with costs Bank of Uganda’s case in which Crane Bank Limited filed an application against businessman Sudhir Ruparelia and URSB.

The Supreme Court has dismissed with costs Bank of Uganda’s (BoU) case in which Crane Bank Limited (CBL) (in receivership) filed an application against businessman Sudhir Ruparelia and Uganda Registration Services Bureau (URSB) seeking for an interim order preventing the businessman from claiming, taking control, repossessing or in any way interfering with the management of CBL or of its receiver until the hearing and determination of Supreme Court Civil Application No.32 of 2020.

BoU was also seeking for an interim order preventing URSB from registering any resolutions in respect of the applicant/CBL until the hearing and determination of Supreme Court Application NO. 32 of 2020.

BoU sought an injunction against what they perceived as efforts by URSB to permit Sudhir repossess CBL as a company. But in the presence of URSB’s lawyer Allan Kakungulu, Dr. Joseph Byamugisha (for BoU) and Ellison Karuhanga & Bruce Musinguzi (for Sudhir), Supreme Court’s Justice Paul Mugamba on Monday 9th November dismissed the application with costs against BoU.

In his letter to URSB, Sudhir referred to the prior finding and proclamation by High Court and Court of Appeal to the effect that the receivership period (giving BoU authority over CBL) had ended in January 2018 (having commenced on 18th January 2017).

According to the law, once the receivership period ends, whatever remains of the company reverts to the Directors and Shareholders.

In his writing, Sudhir appropriately sought to bring these two court decisions to the attention of URSB but the same alarmed BoU whose top officials construed this to be an attempt to have repossession and resume running a company called Crane Bank Ltd.

The bank’s lawyers rushed to Supreme Court and filed an application seeking an injunction against these perceived Sudhir moves but the application was dismissed with costs to Sudhir and URSB.