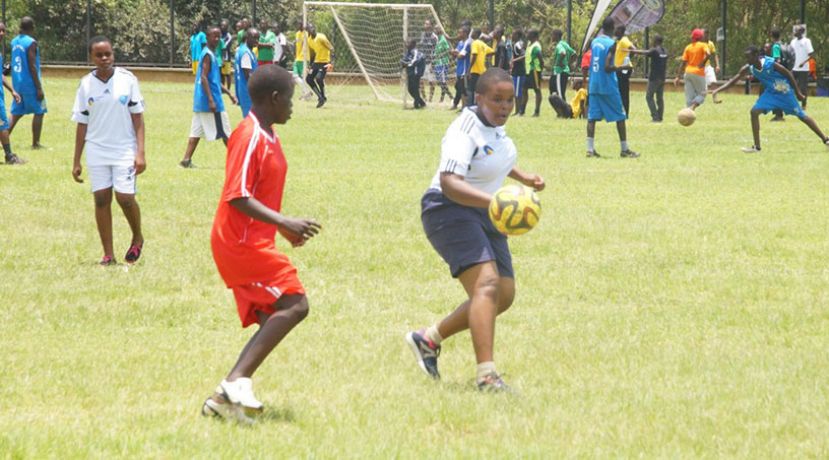 She said their coach was busy and the team trained by itself. “Namagunga has always capable, it was only about the opportunity,” Sonia, who wants to play for the national basketball team said in an interview. Immaculate Birabwa, the Games Mistress at St Maria Gorreti Katende said her team managed to win at the event because of hard work. “It’s all about training and team work,” she said. She said the tournament was good and will participate in the 2017 championship.

Alveria Lukindu, a federation of Uganda Basketball Federation official, was refereeing the basketball games. She noted that this year’s tournament the numbers of schools, sports disciplines increased. Last years, students from four schools participated only in football and basketball. This year, the schools increased to ten and volleyball was introduced.

She says the tournaments help to grow talent. “The youngsters have a chance to play. Most of these schools don’t participate in national tournaments so when they come here they get exposed.” Alveria explained.  Victoria University is a leading private University located at the heart of Kampala city academic excellence at a fresh and intellectually thriving environment that nurtures critical and progressive thinkers

The University offers courses covering business and management, humanities & social sciences, science and technology and health sciences. The University is committed to the advancement of higher education in the country and the East African region by establishing exemplary, specialised and employment-oriented education.