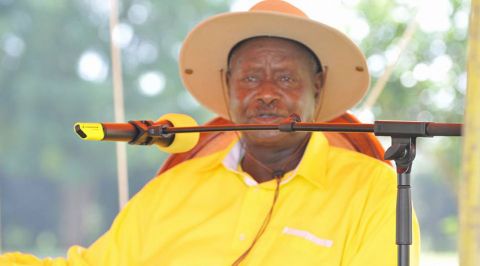 Uganda discovered commercially viable oil in the great albertine region in 2006 but has not been able to get it out of the ground. The country, however has taken the necessary steps to see start oil production.

This oil, once it comes out of the ground is expected to turn around the fortunes of the impoverished country which over the years has had substance agriculture as its main source of revenue.

Because of this importance, questions of how money that will come out of oil and gas will be spent has risen a couple of times within public domain and debate but with little answers.

However in his new year’s statement, President Yoweri Museveni gave a glimpse of how this much awaited money will be used.

Uganda has discovered an estimated 6.2 billion barrels of crude oil in Bunyoro and parts of West Nile, areas that make up part of the Albertine area.

More exploration is going to be undertaken for more possible discoveries. According to ministry of energy and mineral only 40 percent of albertine region has been explored.

President Museveni in the statement in which he wishes his countrymen a year of love, unity and prosperity reiterated that his government’s petroleum plan is to build a 60,000 barrel per day refinery, expandable to 120,000 barrels per day.

He added that apart from getting petroleum, diesel and kerosene for aviation fuel, the residuals will feed the petro-chemical industries so as to produce plastics, fertilizers and pharmaceuticals.

Some of the oil will be exported through the pipeline, he said. “Even if we are to sell only 120,000 barrels per day, according to a price of US$60 per barrel, that will give Uganda an additional income of about US$ 3 billion.”

“This money will be dedicated to infrastructure, science innovation and some of the high level science education institutions. It is considerable. We have been doing so much with so little. What will happen now that we are getting quite a bit of additional money?” the President questions. 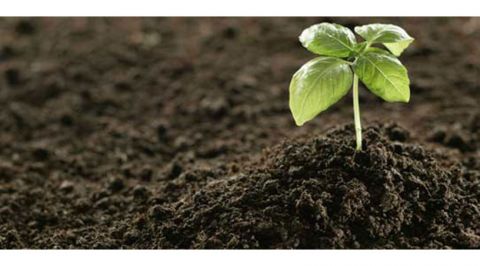 Farmers in Uganda will soon access cheap and locally made fertilizers when factories in Tororo in Eastern Uganda and Lake Albert in Bunyoro, western Uganda become operational.

The revelation was made by President Yoweri Kaguta Museveni while addressing a press conference in Jinja Tuesday 29th December, 2015.

The president’s comments were triggered by farmer’s minimal use of fertilizers because they cannot afford to buy imported fertilizers. This has led to low farm output.

“The other issue is that they are not using fertilizers, they are using natural fertilizers. We are going to work out a programme,” the president said referring to low farm out by farmers in the country.

“We are building a factory of fertilizers in Tororo, we shall build another one in Lake Albert with the gas there, so that with the fertilizers our people get higher yields.” President Museveni who is seeking re-election said promisingly.

Government, according to a report by New Vision newspaper, is undertaking a $560m Sukulu Phosphates project in Tororo district in Eastern Uganda intended to produce fertilisers to meet the country’s needs.

Government partnered with a Chinese firm, Guangzhou Dongsong Energy, to develop the project. They also plan to build a 5MW power plant in the area.

The President of Guangzhou Dongsong Energy Group, LV Weidong, is quoted by the newspaper saying that the company intends to produce 300,000 tonnes of phosphate fertilisers.

It also revealed a significant increase in gas deposits to  over 500 billion cubic feet in the Albertine region. It is this gas that will be used to manufacture fertilizers which farmers can access cheaply. 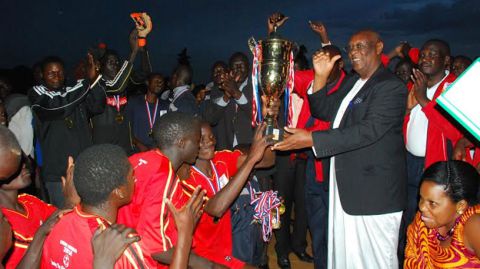 This marks four years of the oil company’s support towards the tournament which attracts various counties in Bunyoro Kitara Kingdom.

The month-long tournament will attract five districts in the BunyoroKitara Kingdom includingKiryandongo, Bulliisa, Hoima, Masindi and Kibaale. The announcement was made at a press conference graced by His Royal Majesty the King of Bunyoro Kitara Kingdom; Dr. Solomon GafabusaIguruin Kiryandongo district.

Speaking at the press conference, ZakariaLubega,Corporate Social Responsibility Manager (CSR)CNOOC Uganda Limited, stated that CNOOC Uganda was honored to be part of the Amasaza Cup for the fourth year. “As we carry out our core activities in the Bunyoro region, it is important for us to give back to the residents in the area as a sign of appreciation for their supportto our Company and employees."

“When we began operations in Bunyoro, we made a commitment to be part of all-round growth in our area of operation. And over the years, we have seen this commitment come to life through various local programs.”

“Sponsoring the Bunyoro Amasaza Cup for the fourth year is a demonstration of CNOOC Uganda’s dedication to the growth of sport in this region. Last year, the tournament was played across all sub counties in Bunyoro Kitara Kingdom and attracted 13 counties. This year, we hope for even greater participation and competitiveness among the counties.”

Emphasizing CNOOC’s dedication to various efforts, ZakariaLubeganoted that the Company has supported the education and health sectors both in Hoima and the rest of the country.

“On behalf of the people of Bunyoro Kitara Kingdom, I would like to thank the management of CNOOC Uganda for their continued contributions tothis region. The Amasaza Cup tournament has continued to promote unity among the Banyoro and this has, in turn, further strengthened our kingdom cultures,” commented His Royal Majesty the King of Bunyoro Kitara Kingdom; Dr. Solomon GafabusaIguru.

CNOOC Uganda became a major player in Uganda’s oil and gas sector in February 2012 following the acquisition of significant interests in three exploration blocks in the Albertine region. CNOOC Uganda, is the operator of kingfisher oil field, which was awarded a production license in September 2013. In June, 2012, CNOOC Uganda donated drugs worth Shs85 million to Ntoroko district Local Government in response to the cholera epidemic in the area.

During the same year, CNOOC Uganda donated assorted scholastic materials and food stuff to Buhuka Primary School in Hoima in additional to supporting the 8 teachers of the school and a nurse at Buhuka HC11 with monthly top up salaries to motivate them stay in these hard to reach and stay areas.

Early 2013, CNOOC Uganda stood with the Buhuka community affected by heavy that destroyed houses and loss of lives by extending relief aid items. CNOOC Uganda Limited is a member of Safe Way Right Way an NGO involved in road safety initiatives and has injected over 25,000USD annually to support its projects.

In March 14, 2013,CNOOC Uganda donated  US$50,000 (Shs131 million) as a  sponsorship package in support of 70 youths who enrolled for the Basic Skills Training programme at the Nile Vocational Institute in Hoima district.

Since 2012 CNOOC has been rewarding the best performing students at Primary seven, O level and A level in Hoima District. To-date 240 students have benefited from this scheme and a total of 90 Million spent by the Company. This has resulted into improved academic excellence in schools in Hoima District.

Throughout 2012 to 2015, CNOOC Uganda closely worked with Bunyoro Kingdom by supporting different cultural programs including Empango and sponsoring a football tournament that together all the kingdom subjects. The contribution is part of CNOOC Uganda’s social responsibility programme aimed at promoting development in society through health, education, environment and sports initiatives.

Earthfinds is a Ugandan Media, Research, Marketing and Public Relations organization with a keen interest in the extractives (oil, gas and mining), energy, tourism, land and environment which are critical sectors in modern society.

Our goal through this website is to provide the latest, timely, precise, informed, educative, analytical and effective intelligent news stories and articles as it happens in the extractive industry and related sub sectors in real time as a way of promoting the country’s nascent natural resources.

We also publish opinions of the industry’s leading personalities, organizations, companies, civil society organizations, academia and other stakeholders in the business as a way of being the source of ideas and influence on policy and regulatory formulation.

The team here at Earthfinds through its revered work will explore developments to facilitate continued learning of professionals in the business, promote responsible managing of natural resources, accountability, decency, citizen participation and rule of war.

The team puts professional integrity and journalistic standards above all while carrying out work of collecting desirable news from all parts of Uganda, East Africa and the World at large, so that our readers, partners, advertisers, clients, government and other stakeholders get value for money.