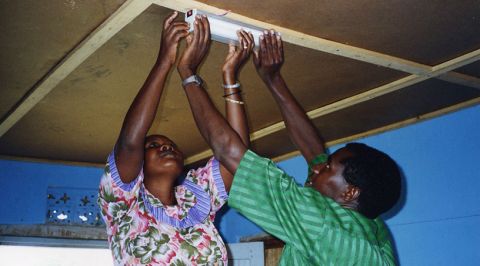 Did you know that your electrical system/bills take up 50 percent of your household bills? With the convenience of Yaka (a local pre-paid billing system in Uganda), it is now easier to load small amounts of money to keep the lights. However these small amounts total up to an exorbitant amount at the end of the month.

It is important to monitor your electricity usage in order to save on your household bills. With a sharp rise in electricity prices from 558.4 to 667.4 shillings per unit it is important to maintain low power usage.  In this article, Lamudi, an online portal that connect property buyers and sellers, shares with you tips on how you can save on electricity in your home:

Use your fridge efficiently

Your fridge is always in use, making it your most expensive appliance. To save electricity make sure the door is closed tight and free from gaps so cold air can't escape. The ideal fridge temperature is around 5 degrees and the freezer temperature is -15 to -18 degrees Celsius. If these temperatures are not maintained the fridge will consume a lot of electricity to maintain it.

Turning off electric appliances when after use

Replace old light bulbs with energy-efficient bulbs these save power and last longer. Ensure that you are using bulbs whose electricity consumption is low such as fluorescent bulbs that save up to almost 80 percent on energy consumption and not bulbs that consume more power.

You should also make sure that you have natural lighting into your house so that you will not have to switch on the lights during the day. Using solar energy can also help in reducing the cost of electricity.

Proper use of cooling devices

With the current heat wave air conditioners and fans are the most used appliances. To reduce the humidity/heat in your home ensure that the internal fan speed on your air conditioning system is slowed down. The movement of air through the machine will allow it to remove more moisture, which makes you feel much cooler. For the fan it’s better to keep the fan speed high. 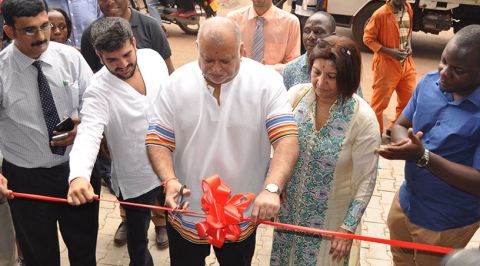 Kampala traders dealing in hardware products and services have now got a home after city tycoon Sudhir Ruparelia officially opened the Hardware City complex on Entebbe road, downtown the city near Nakasero Market.

Crane Management Services, which is part of the Ruparelia Group, on Monday, at a grand opening ceremony, handed over the multistoried building worth $25m to tenants.

The state of the art building seats on about 27000 square meters of prime land, has 281 shops and 66 residential apartments; the piece of land on which the building that took 18 months to construct cost $7m. Already tenants have taken up shops and residence.

“What we had in mind when starting to work on this project was to provide a one stop center to offer hardware products and services. This would help customers to buy everything in one place. We wanted to create a situation were a customer doesn’t move from one place to another looking for hardware goods or services,” Sudhir told tenants at the grand opening of the multistoried building. 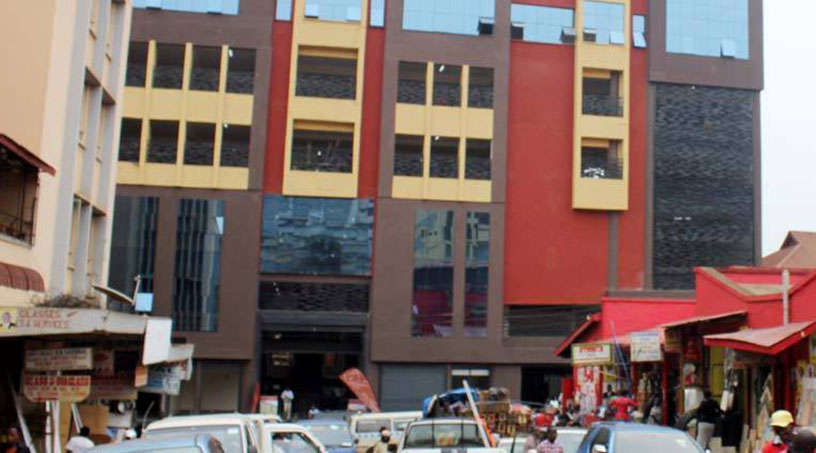 Unlike other commercial buildings in the city centre, tenants at the Hardware City complex will pay their monthly rent in Uganda Shillings and they will face no monthly rent increment for the next two years.

“‘Since it is a new building, we are not going to increase monthly rent charges for the next two years,” Sudhir assured tenants.

Rajiv Ruaparelia the managing director of Crane Management Limited the company behind the development of this magnificent building described the building as modern, safe, secure and of high standards when compared to their neighboring commercial building.

Rajiv, the only son of Sudhir, said they have secured a 500kv transformer to supply the building with constant power and will provide tenants with pre-paid sub meters through which they will be able to buy electricity. He said it will be a private service akin to Umeme’s Yaka system where the customer pays for any amount of electricity at any time.

Rajiv said the building is space with parking space that can accommodate 800 vehicles. Tenants to park their vehicles will pay a monthly subscription of $50; Non-tenants will pay $100 per month. He added that building will be open between 6am to 10pm because people need enough time to do their business. 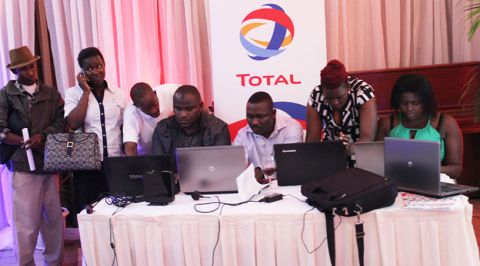 Open registration for the "Startupper of the Year by Total" contest, which began November 1, 2015, ends Sunday, January 31, 2016 at 11 p.m. GMT. So don't wait any longer to submit your entry at the online registration site, http://startupper.total.com/.

"Startupper of the Year by Total" is a Total contest being held in 34 African countries.[1] It aims to identify and provide financial and other support to the best projects to create or grow a business under two years old in Uganda. The winning projects will be awarded the "Startupper of the year 2016 by Total" label, along with financial aid and coaching from Total Uganda.

Entry is free and open to any Ugandan national aged 35 or under.  A jury of professionals will shortlist up to 10 of the best projects in Uganda based on criteria such as innovativeness, originality, boldness, growth potential and ability to improve people's living conditions.

The list of finalists will be published on the contest's website no later than February 28, 2016. After contestants make their final presentations, no later than March 15, 2016, the jury will select up to three of the best projects, which will be announced at an official awards presentation ceremony.

Complete rules for the contest are freely accessible online at [http://startupper.total.com/].

The "Startupper of the Year by Total" contest is part of our overall policy to support the socioeconomic development of all our host countries worldwide. It is a very concrete initiative to help strengthen the economic base and employment locally, in Africa, by helping the boldest, most innovative entrepreneurs carry out their projects. The contest aims to foster new initiatives, while upholding Total's core values. 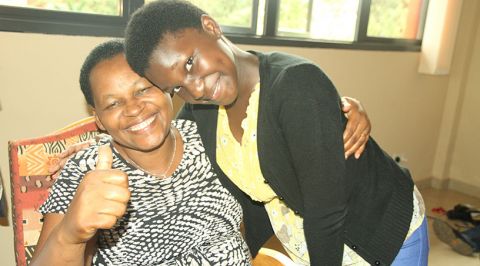 The continued hard work and dedication of the teachers at Kampala Parents’ School has once again paid off in the Primary Leaving Examinations. The school once again excelled with impressive results as the 2015 PLE results were released on Tuesday.

The Principal of KPS, Mrs. Daphne Kato commended the input of both management – led by Sudhir Ruparelia – and the teachers who worked tirelessly to prepare the pupils for the exam.

Mrs. Kato said, “Dr. Sudhir has provided everything that a child needs to study and excel. We have also got qualified teachers who love what they do. As a school we work together with our teachers, parents and pupils to see that our children do well in and out of class.”

Empowering their academic staff with the right tools is important to KPS management. The school not only aims at recruiting the best teachers but also ensures they evolve with the changing times and adapt to different pupils’ needs.

Mr. James Makanda, the head of Social Studies department emphasized that schools teachers worked hard and finished the syllabus in second term so we used the 3rd term to revise.

“We worked as a team and also carried out continuous assessment meetings to know up with our pupil’s performance trends. We then did revisions with our pupils.” He said.

Kampala Parents managed to attain 178 first grades and 80 second grades (out of 258 pupils). The highest honour, aggregate four was achieved by 02 pupils, while aggregates five, six, seven and eight were attained by 06, 15, 25 and 32 pupils respectively.

However, the staff members feel they cannot rest on their laurels and they’ll need to aim higher for the current calendar year.

“We plan to lay strategies in order to deliver an improved performance. We shall investigate how we shall improve,” said Mr. Leopold Odoi, the deputy Headmaster in charge of Academics.