This year, winners were determined by a combination of the DIAA jury votes, research results and public votes – and announced at the award ceremony held at Kampala Serena Hotel on August 17th 2016.

Jumia achieved victory as Best E-commerce Service for Africa 2016, firming its position as market leader against competitors such as OLX and Konga, who were also nominated.

Jumia Group Co-CEOs Sacha Poignonnec and Jeremy Hodara have emphasized that Jumia was founded with a belief that internet can improve lives in Africa, by enabling customers and sellers to meet in one common market place and transact easily with a few clicks.

"Our platform allows customers to choose from a variety of products while entrepreneurs on the other hand benefit from our wide reach. We have enabled businesses and supported entrepreneurs and shall continue to do so.”

Jumia’s award comes just two months after Jumia (the online mall) merged with its sister service Kaymu (the online marketplace) to become Jumia Market in some African countries, including Uganda.

The new Jumia Market facilitates digital inclusion even further - making it possible for anyone to become an entrepreneur on the platform, from big brands to small local sellers.

On the customer side, buyers are now better informed about which sellers can be trusted and have good products (by checking a seller’s ratings; reviews; no. of followers; and endorsements from friends on the platform).

Jumia Market has also gained the trust and support of African buyers by offering the option to pay cash on delivery rather than in advance. 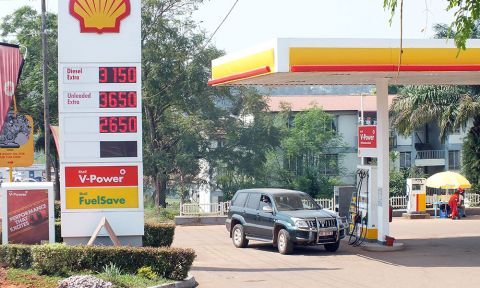 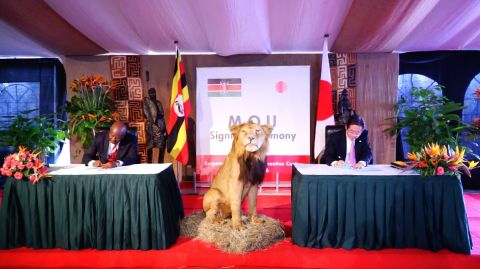 Ministry of Energy and Mineral Development (MEMD) and Toshiba Corporation on August 27, 2016concluded a memorandum of understanding (MOU) that will see the two partners collaborate in geothermal power generation projects, including personnel development.The parties signed the MOU during the Tokyo International Conference on African Development 2016 that was being held in Nairobi, Kenya.

Uganda lies to the west of the Great Rift Valley and has rich geothermal potential, equivalent to 500 megawatts. Currently, about 60% of power generation capacity is from hydroelectric power, and the country has long promoted construction of hydro power plants. Adding geothermal to the mix will contribute to supply stability and the ability to meet rising demand stimulated by high economic growth-currently increasing at about 10% per a year.

“The development of Uganda's geothermal energy resources is in line with our energy policy objectives of increasing power generation capacity and diversifying our energy mix in order to achieve least cost, affordable and stable energy supply”, said Dr. Fred Kabagambe-Kaliisa, Permanent Secretary at the Ministry of Energy and Mineral Development. “We are very confident that the Government of Uganda and Toshiba will create a strong Public-Private-Partnership to develop the Geothermal Energy resources.”

Toyoaki Fujita, Business Development Executive of Toshiba's Energy Systems & Solutions Company said, “We hope to build a strong partnership with Uganda and to contribute to the development of sustainable power supply there. Toshiba’s Energy Systems & Solutions Company is a world leader in geothermal power generation, and I believe that our established expertise can contribute to the geothermal power supply in Uganda.”

Toshiba has delivered 53 geothermal turbines, with a total capacity of 3,400 megawatts, to plants in Japan, the USA, the Philippines, Iceland and other countries around the world. This represents approximately 23%*, of the world's installed geothermal capacity, making Toshiba the world's top supplier.
In the African market, Toshiba most recently delivered four geothermal turbines to Kenya that started commercial operation in 2015.

The company has also concluded MOUs with geothermal power development companies in Ethiopia in 2014, Tanzania in 2015 and Djibouti in August this year, all covering comprehensive collaboration in the geothermal power generation business. Toshiba Group will continue to contribute to stable electricity supply and the realization of a low-carbon economy. 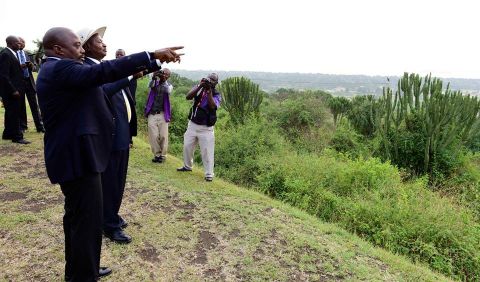