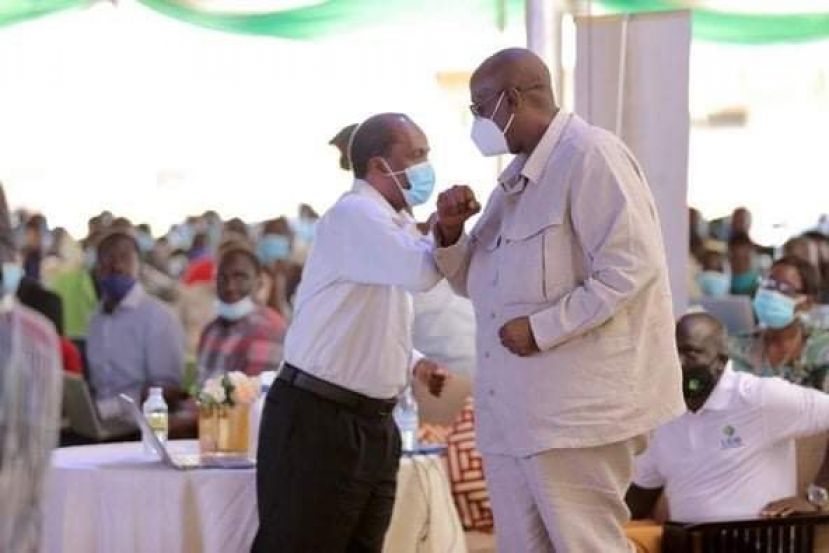 Businessman Patrick Bitature woes involving his South African lenders continue to intrigue Ugandans who each day wonder how he will sort his financial mess especially now when the country is limping due to the harsh economic times.

To pay or not pay is the question on the mind of Ugandans regarding the loan worth about Shs177bn that hangs on the head of one of Uganda’s astute businessmen who have been able to build a fortune in a manner that many cannot explain.

During the days when the registrar of companies was working on an application by Vantage Mezzanine Fund 11 partnership seeking to transfer Bitature's estate for onward auction, the businessman learned of the same and swung into action.

By this time, the registrar of companies had listened to the submissions of the lawyers of Vantage in the absence of Bitature lawyers. The registrar was on the verge of delivering a ruling placing Bitature's estate on the auction stall.

Bitature somehow learned of what was going on and quickly dispatched his lawyers of Muwema and company advocates to thwart what was going on. Inside information indicate that Bitature's lawyers requested to be made part of the ongoing proceedings since what was going on had the effect of gravely affecting his interests.

Vantage smelt a rat and informed the registrar how Bitature had gatecrashed the proceedings. They argued that Bitature was wrongly before the tribunal. This is since, they pointed out, the borrower had agreed while taking the loans in 2014, for the securities to be unconditionally altered and sold off upon his failure to pack back the loans.

Bitature's lawyers had exploited the arbitration process in London in respect of this dispute, to move the registrar to do what she did. Seething with anger and completely unaware of the side-games going on, the lenders proceeded for a review of the registrar's ruling.

The South Africans would end up not liking at all what transpired before Justice Musa Ssekaana. Other than overruling the registrar, the judge instead invalidated the whole debt worth Shs177Bn.

He ruled that since the lenders hadn't registered their dealings with Bitature, before going ahead to lend money to him, such a breach invalidated the subsequent loan transactions themselves.

We now understand that prior to all these happenings, Bitature had petitioned one of President Yoweri Museveni's powerful brothers and confidant, Gen Salim Saleh to rescue his empire from auction over these loans.

Amidst emphatic moves by the South African lenders, Bitature is known to have met Saleh in Namunkekera, Nakaseke, Luweero. The president's fond sibling has been camping there in Namunkekera whilst overseeing industries being set up but numerous investors.

The purpose of Bitature's visit was to plead with the powerful Saleh to save his empire from the auction that was pending given his failure to clear the debts he had acquired from Vantage. Fortunately, Bitature is one of the regime's erstwhile supporters and campaigners.

So, Saleh was readily at hand to listen to his woes as well as do the needful. Still unaware of the evil hand behind what was going on; the lenders not only appealed, but also advertised Bitature's empire for sale.

Justice Stephen Mubiru kind of overturned Ssekaana's ruling but as we all know by now, a slightly higher court led by Justice Christopher Gashibarake has since intervened and put the auction of Bitature's empire on hold.

Incidentally, in order to appease the lender and solve the impasse, tax payers' money is about to be unleashed to clear Bitature's personal debts.