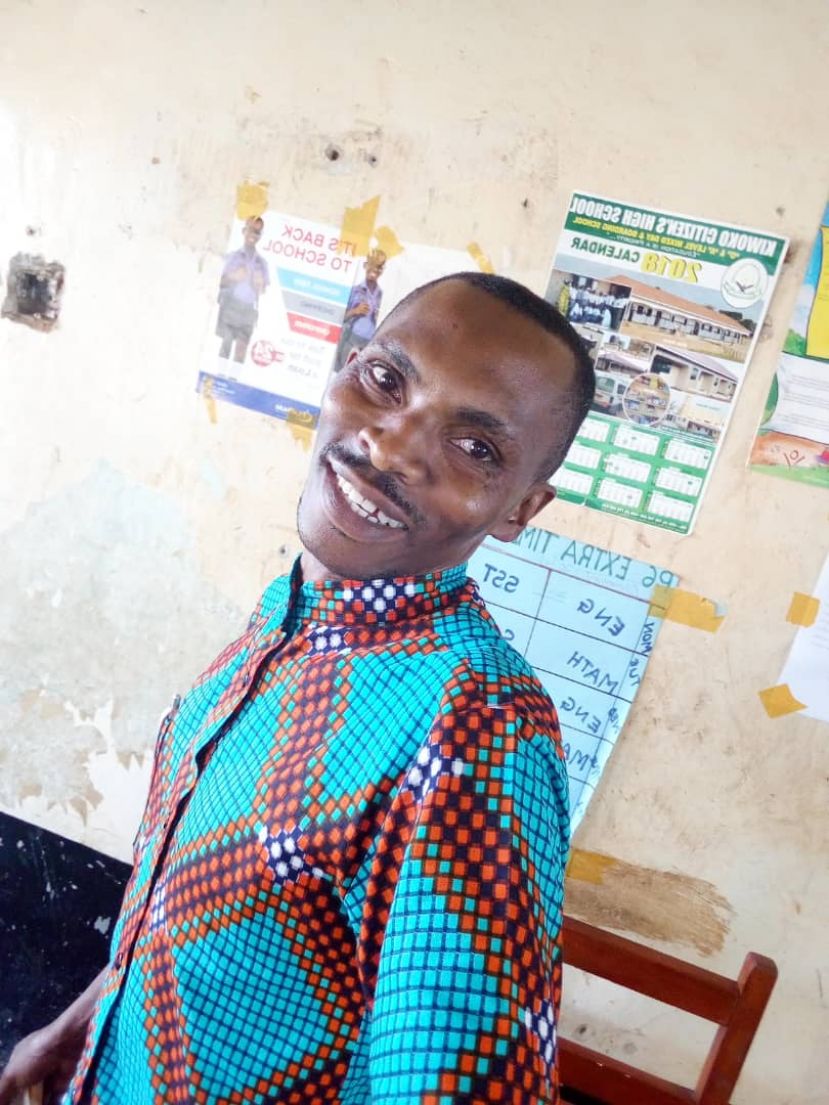 Hamza Ssewankambo who is accused of committing homesexuality which remains an abomination in Uganda.

An elderly woman in Masaka and her family are living in fear after one of her grandchildren was outed as a gay man spreading the homosexual agenda.

While appealing for help, the granny (names withheld) says she fears for her life after the mob, openly vowed to kill her, burn her home and slash her gardens.  What makes it sad is that the Police have turned a deaf ear after several pleas for protection.

She reveals that the source of her misery is one of her grandsons, Hamza Ssewankambo who is accused of committing an abomination.

Ssewankambo, a former teacher is accused of spreading homosexuality to school-going pupils. He says that although he has since fled for fear of persecution by the hate mob, he continues to be harassed.

“Ever since the secret came out that my son was gay, we have never known peace.  Several men have threatened to kill us and banish us from the village.  They are demanding that I produce Hamza.  They even tell me that they have protection from Security forces and I shouldn’t bother reporting the threats,” she laments

“My grandson the sole breadwinner was expelled from school over gay claims.  He was once beaten by a mob. They claimed parents had withdrawn their children from the school following his actions. When I reported to Police, I wasn’t helped,” She says.

She admits she lives in an intolerant neighbourhood where people can kill if you are suspected of harbouring someone who is gay.

She confesses that Hamza Ssewankambo lived a troubled life growing up. We always felt bad but tried to help him. We tried to get him a wife but we don’t know what went wrong and we thought he would change.  It was for our own safety because we felt threatened.

When I heard he got into trouble I was very concerned but now people are coming to me threatening me and my home. I Have learnt that his on the run but I’m also worried his life too.

“Police haven’t helped us. We live in fear,” she says.   She fears that they will end up like David Kato, a prominent gay rights activist who was murdered in his home in 2011 weeks after winning a court victory over a tabloid that called for homosexuals to be killed.

Recently, Ethics and Integrity Minister Simon Lokodo said: "Homosexuality is not natural to Ugandans, but there has been a massive recruitment by gay people in schools, and especially among the youth, where they are promoting the falsehood that people are born like that."

"Our current penal law is limited. It only criminalises the act.

"We want it made clear that anyone who is even involved in promotion and recruitment has to be criminalised. Those that do grave acts will be given the death sentence."