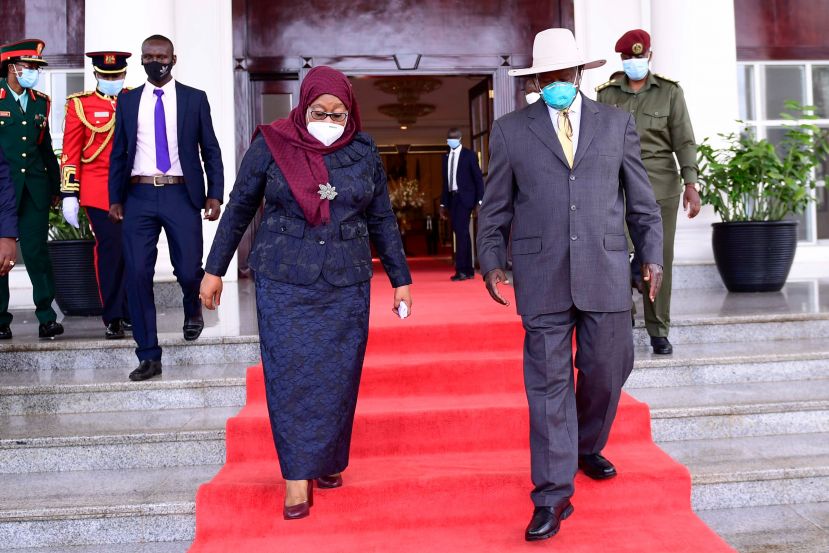 The EACOP project risks driving East Africa further into unsustainable debt at the mere prospect of reaping meagre earnings with the only entities bound to benefit being the foreign oil companies.

The East African Crude Oil Pipeline (EACOP) is expected to reach a Final Investment Decision (FID) as soon as the end of March 2021.This will pave way for the commencement of the construction phase of the pipeline.

South Africa’s Standard Bank, Japan’s Sumitomo Mitsui Banking Corporation (SMBC) and Industrial and Commercial Bank of China (ICBC) are among the lead financial advisers intending to secure $3.5 billion to fund the construction of this pipeline projected to release 34.3 million tons of carbon into the atmosphere each year once complete.

This comes at a time when the entire world is aiming to remain within the recommended 1.50C and abide by the principles of the Paris Agreement.

In a statement to an inquiry by Uganda's Daily Monitor, Standard Bank claimed to have suspended their financial support to the disastrous project as they await an independent Environmental and Social Impact Assessment (ESIA).

This process is, however, standard practice under the Equator Principle and it seems that Standard Bank is merely pointing to its routine due diligence process with little regard to the call by numerous Civil Society Organizations (CSOs) and local communities to withdraw their support to such an irreversibly damaging project.

High risks and meagre earnings for both countries

The EACOP is touted as the project that will unlock East Africa’s future by taking Uganda’s oil to the rest of the world. This will supposedly increase the Foreign Direct Investment (FDI) for both countries by over 60% during the construction phase.

Conversely, the value of Uganda’s oil reserves has already fallen by approximately 70% since 2013. This value is expected to fall even further as the world transitions into a low-carbon economy.

Even from the Tanzania ESIA it estimated that the government will only get $240 million from the project after its construction, which is peanuts compared to the environmental and social implications faced.

Furthermore, the Ugandan government is bound to accrue losses of up to $1.4 billion, much more than the $130 million that the Ministry of Finance intends to borrow from the domestic market. Public debt is already projected to rise to 54.1% by 2023 in Uganda.

The EACOP project thus risks driving East Africa further into unsustainable debt at the mere prospect of reaping meagre earnings with the only entities bound to benefit being the foreign oil companies such as Total.

No government should take such dire economic risks and push the lives of its already struggling citizens into deeper poverty. Standard Bank in cahoots with other major EACOP proponents are, however, resolutely keen on baking debts, the kind that future generations will still be tasting decades from now.

East Africa does not need oil or any fossil fuels to unlock its future especially when there are viable, affordable and clean alternative sources of energy such as solar and wind, which are renewable and have better prospects when it comes to long-term job opportunities. East Africa needs to focus on a just transition to renewable energy that guarantees the extensive deployment of millions of clean jobs .

The proponents of the pipeline have claimed that EACOP will create short term employment for highly skilled and semi-skilled professionals, as well as casual laborers over a period of 2 to 3 years. It is estimated that 10,000 jobs would be created during the construction phase, boosting the income of the households along the pipeline.

However, what we have witnessed in Uganda, Tanzania as well as other East African countries, very few jobs are usually allocated to the local community, thus leaving them even more vulnerable and disenfranchised.

The project will result in the physical displacement of local communities from their ancestral and communal land. It is anticipated that EACOP will directly affect approximately 14,000 households in Tanzania and Uganda leading to loss of income and livelihoods.

Moreover, the pipeline risks polluting water resources of which over 40 million people in 9 countries depend on; an unacceptable human rights violation.

Beyond ruining people’s lives, the pipeline will tear through some of the world’s most significant habitats, home to endangered species including African elephants, chimpanzees and lions, pushing them ever closer to extinction.

What can Standard Bank and other financial institutions do?

By playing an advisory role and without a clear commitment to withdraw their financial support from the EACOP project, Standard Bank will be fueling the transition of billions of dollars from public coffers into the pockets of a few fossil fuel proponents who are undoubtedly ready to create tons of emissions that will lead to a planet choking on carbon and exacerbate the already worsening climate crisis, making it extremely difficult for an already vulnerable continent experiencing the adverse effects of climate change.

Standard Bank has a responsibility to take care of the people and the planet by leading a new pathway for Africa through spurring investment in renewable energy that will guarantee access to cheaper and cleaner power across Africa, and in the process create jobs for millions of youth across the continent.

At a time when millions of petitioners have protested against the EACOP, Standard Bank needs to follow in the footsteps of Barclays Bank and Credit Suisse, who have publicly committed to not financing the disastrous EACOP project. The future needs banks that are committed to having a fossil fuel exclusion policy and an investment plan that unlocks Africa’s future with 100% renewables.

By Charity Migwi of 350Africa.org, Edwin Mumbere of the Center for Citizens Conserving (CECIC) and Evelyn Acham of the Rise Up Movement.

More in this category: « Response To Hussein Lumumba Amin On Government Of Uganda’s Take From The Oil And Gas Sector Dear Presidents Museveni & Suluhu Hassan »