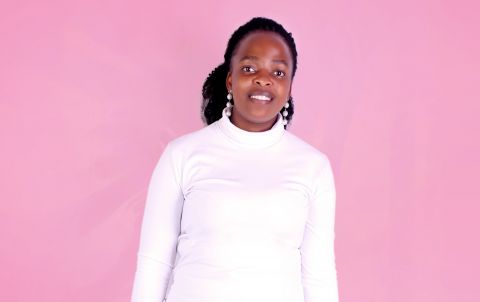 Africa is already in the midst of a climate emergency. Our communities, ecosystems and economies are experiencing ever more intense heat waves, droughts, cyclones and catastrophic floods.

It’s important to note that millions of people in the Horn of Africa are suffering famine and high water stress is expected to displace up to 700 million Africans by 2030 according to research.

While Africa only accounts for around 3% of global greenhouse gas emissions, we are more vulnerable to climate change and suffer disproportionately from each additional degree of global warming. Ours is the most climate vulnerable continent

Instead of the dirty polluting energy sources of the past such as fossil fuels, amidst the environmental challenges such as loss of biodiversity and human rights violations due to the fossil fuel projects especially coal, oil and gas in Uganda, Tanzania, Nigeria, and Mozambique, Africa and its people deserve the clean renewable energy sources of the future to achieve the Sustainable Goal 7 of the clean affordable energy and other Sustainable Development Goals globally by 2030.

It’s also important to note that Africa has 39% of the world’s total renewable energy potential, more than any other continent.

While centralized fossil fuel infrastructure has failed to bring energy to almost half of Africa’s population, renewable energy technologies can deliver a flexible combination of grid-based, off-grid and mini-grid solutions to enable universal energy access for all Africans.

However, most of the Africans can’t afford off grid solutions because there are expensive and maintenance is challenge. It’s on this note that I call upon government and her ministries to put incentives on the solar panels and other electric devices for easy accessibility.

More so for the Sustainable Energy for All (SE4ALL), there is need for public awareness especially on the local communities on how to use locally led solutions to reduce on deforestation to promote and create employment opportunities for themselves.

In addition, deforestation  has also contributed to the climate change impacts due to the unsustainable use of firewood and charcoal can lead to soil erosion, desertification, in hilly areas, landslides that has contributed to the floods that has killed massive of people.

Therefore, investments in renewables create more employment opportunities, mitigates and adapts climate change impacts that fossil fuels that have created more harm on the livelihoods and the environment.

In a nutshell, we are calling for a green renewable energy future that preserves climate stability and provides energy access to all. 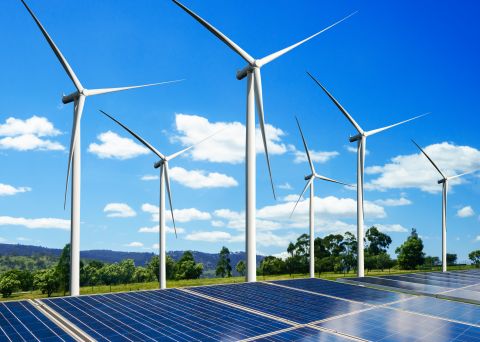 Africa's rapid economic expansion creates a daunting energy challenge, combined with rising expectations of improved resilience and sustainability. Finding a sustainable way to meet growing energy needs is one of the core development challenges for the continent.

Africa is rich in renewable energy sources, including hydro, sun, wind and others, and the time is right for sound planning to ensure the right energy mix. Decisions made today will shape the continent's energy sector for decades.

Over the past two decades Africa has been experiencing rapid economic growth and improving social conditions. Supply unreliability is a concern holding back economic development, with most countries facing frequent blackouts and often relying on expensive and polluting solutions.

According to the 'Scaling Up Renewable Energy Deployment In Africa' report from the International Renewable Energy Agency (IRENA), Africa could meet nearly a quarter of its energy needs from indigenous and clean renewable energy by 2030.

Modern renewables amounting to 310 GW could provide half the continent's total electricity generation capacity. This corresponds to a sevenfold increase from the capacity currently available, which amounted to 42 GW.

A transformation of this scale in Africa's energy sector would require average annual investment of $70 billion US dollars to 2030, resulting in carbon-dioxide emissions reductions of up to 310 megatonnes per annum.

This is a pioneering move that makes way for increased renewable energy generation, transmission, and investment across the region.

"West Africa is on the cusp of a regional power market that promises significant development benefits and potential for private sector participation," Charles Cormier, practice manager in the Energy Global Practice at the World Bank, says.

Over the past decade, the World Bank has financed close to $2.3 billion of investments in infrastructure and reforms in support of WAPP, considered the key to achieving universal access to electricity by 2030 in the 15 ECOWAS countries. This new project builds on progress and will finance civil works to accelerate access in Mauritania, Niger, and Senegal.

Communities in Niger's River and Central East regions that live near Niger-Nigeria interconnector will also gain grid access, as will communities around substations in Senegal's Casamance area. Connection charges will be partially subsidised, which will help keep costs down for the estimated one million people expected to benefit.

In Côte d'Ivoire, Niger, and eventually Mali, the project will finance BEST equipment to improve the stability of the regional electricity network by increasing the energy reserve in these countries and facilitating integration of variable renewable energy.

Battery-energy storage technologies will enable WAPP operators to store renewable energy generated at non-peak hours and dispatch it during peak demand, instead of relying on more carbon-intensive generation technology when the demand is high, the sun is not shining, or the wind is not blowing.

It is expected that BEST will further spur private sector participation in the region by supporting the market for renewable energy, as the battery-energy storage capacity installed under this project will be able to accommodate the 793 MW of new solar power capacity that WAPP plans to develop in the three countries.

"These ambitious results will be achieved through a regional approach," Deborah Wetzel, World Bank director of regional integration for Sub-Saharan Africa, the Middle East, and Northern Africa, adds.  "By working together, these countries can optimise investments and economies of scale, harmonise equipment and standards, and synchronise systems to deliver the transformative power of electricity to more people and usher in a new era of low-carbon energy trade."

Over the past decade, the Government of Ethiopia has made encouraging progress on its electrification program and expanded the grid network coverage to nearly 60 per cent of towns and villages.

Despite this progress, Ethiopia has the third largest energy access deficit in Sub-Saharan Africa with more than half the population still without access to reliable electricity, especially in deep-rural areas which are dependent on biomass and kerosene.

The electricity deficit in Ethiopia continues to exacerbate the poverty situation, preventing far too many people from fulfilling their basic socio-economic needs and limiting access to opportunity.

The Access to Distributed Electricity and Lighting in Ethiopia (ADELE) Project is an important component of Ethiopia's National Electrification Program (NEP), which aims to strategically change direction from infrastructure development to the delivery of adequate, reliable, and affordable electricity services.

"With a goal of providing electricity services for nearly 5 million people, 11,500 enterprises and 1,400 health and education facilities, the project represents the World Bank's continued support to the Government of Ethiopia's NEP and is aligned with our commitment to support Ethiopia's resilient recovery from the COVID 19 pandemic.

It is also an important step towards improving service delivery and addressing drivers of fragility and conflict" Ousmane Dione, World Bank country director for Ethiopia, explains.

An important feature of ADELE will be the deployment of innovative solutions such as decentralised renewable energy technologies, particularly solar photovoltaic (PV) mini-grids and individual solar system for both household and productive use, deployed through a combined approach of public and private delivery modalities that further enhance affordability and inclusion.

The project also has a strong focus on closing the gender gap in the energy sector and increasing the percentage of women participating in the mini-grid sector and off-grid technology value chain.

Supporting a renewable future for Africa

Renewables provide the chance for Africa to leapfrog to a sustainable, prosperous future. Increasing access to reliable, affordable, and clean energy resources is a key priority, particularly in Sub-Saharan Africa.

Around 600 million people in Africa still have no access to power, representing 48 per cent of the continent's population of nearly 1.2 billion. Accelerated deployment of renewables creates jobs and brings health benefits.

The renewable energy sector today employs 10.3 million people worldwide. With far-sighted industrial policies and targeted skills development, millions of new jobs can be created in Africa. Doubling the share of renewables by 2030 would create additional economic value by increasing global gross domestic product by up to 1.1 per cent.

This would signify a 3.7 per cent improvement in global welfare and jobs for over 24 million people in the renewable energy sector. This would enable further economic benefits such as improved healthcare services, especially in the most remote areas.