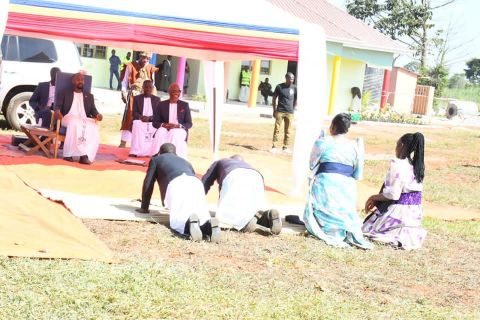 Buwaidha village in Buyende district still largely depends on ill-equipped government schools to deliver much-needed education. Like many rural communities, this has over the years proved to be insufficient.

Now, the tables are turning for the better after the introduction of New Life Schools Buwaidha, a multibillion shillings education project comprising of a kindergarten, primary and secondary sections.

And what started as a dream to the directors of New Life Schools Buwaidha, and a promise to the people of Buwaidha, a community that still lives a rudimentary lifestyle, came to life on Saturday 28th January 2023 when the Kyabazinga of Busoga launched the kindergarten complex of the project. 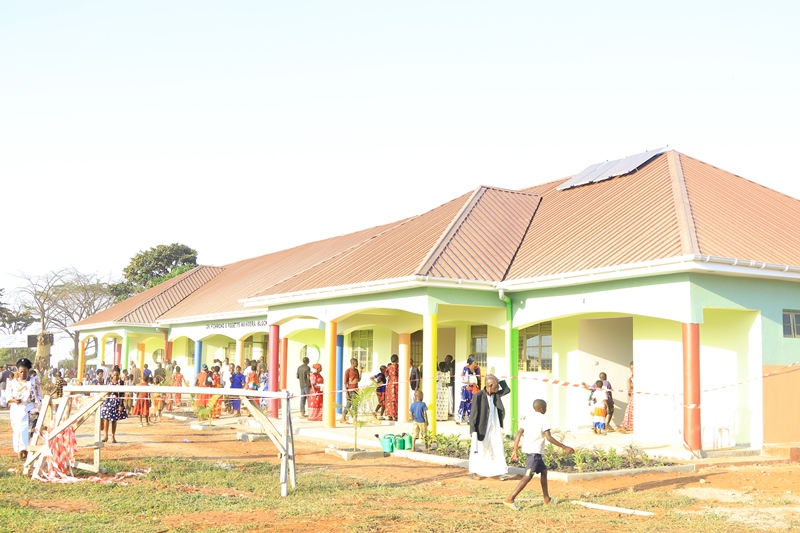 The Kyabazinga of Busoga His Majesty William Gabula Nadiope IV, in the company of Busoga Kingdom Prime Minister Owek. Muvawala Joseph Nsekere, kingdom and cultural ministers and the Buyende district leadership, with the launch of the nursery complex, gave life to Buwaidha, Buyende district and the entire Busoga sub-region.

In Buwaidha, the Kyabazinga was welcomed by Dr. Wandera Richmond, the Senior Pastor of New Life Church, Eng. Isabirye Gerald, the Executive Director of New Life Schools Buwaidha and Owek. Kiirya Ivan, the Minister of State for Finance in Busoga Kingdom. 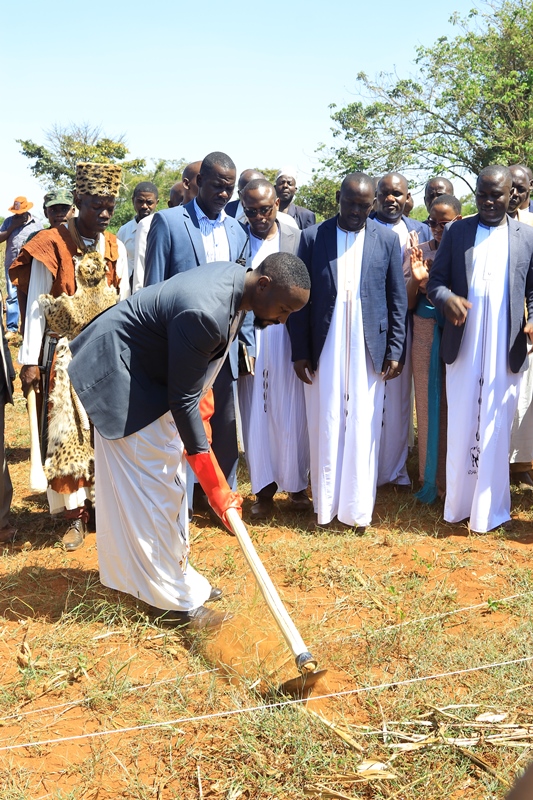 New Life Schools Buwaidha was overwhelmingly welcomed by the community and the delight that comes with the presence of Kyabazinga was evident in every speaker’s voice as they welcomed their loved cultural leader and thanked the directors of the school for coming through with the project.

In his speech, the Kyabazinga who is also the Patron of New Life Schools Buwaidha, implored leaders in Buyende to support the New Life Schools projects in order to uplift the academic performances in the district. 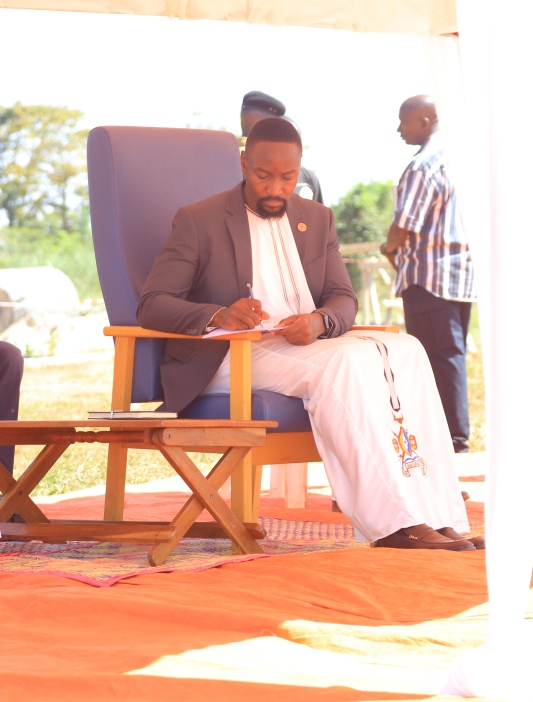 Dr. Wandera said that New Life Schools Buwaida is a community school that seeks to provide quality education to vulnerable children in dignifying environment adding that the vision of the school is to train a generation of Godly leaders who will serve nations.

Eng. Isabirye said that their education model is in line with the Ugandan curriculum adding that they will teach everything as required by the government. Eng. Isabirye said the kindergarten will start with 150 pupils when the school term starts and these will include 50 in the Baby class, 50 in middle and 50 in the Top class and they will not have a specific uniform. 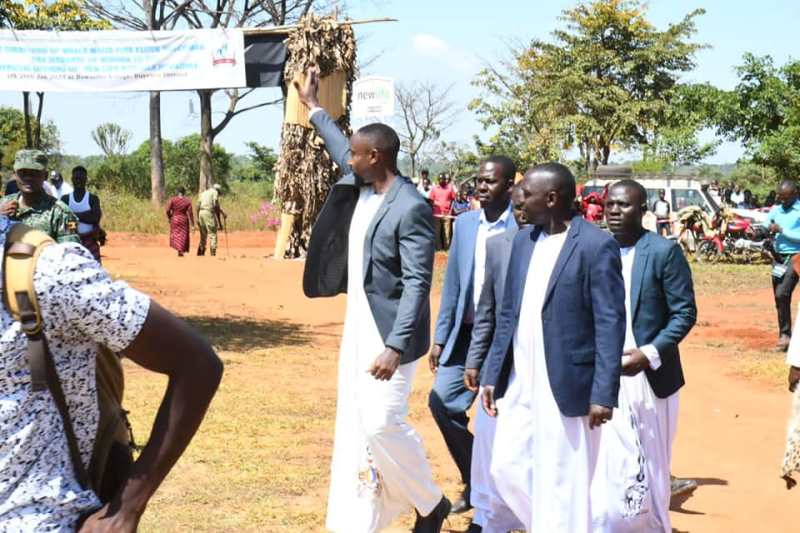 The chairperson of Buyende district, Michael Kanaku, told the Kyabazinga that while the performance of primary schools in the district is still poor, there is an improvement as compared to about 20 years when the district barely registered a first grade in the national Primary leaving Examination.

The district woman Member of Parliament (MP), Mary Annet Nakato, through the Kingdom’s Prime Minister, urged the kingdom to provide a transformer to power the school due to unreliable electricity supply. 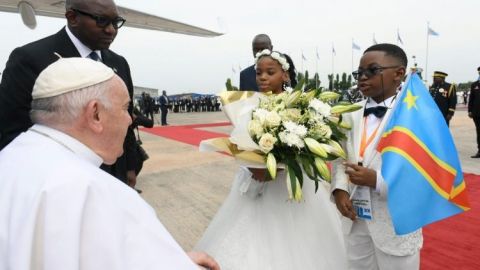 Climate activists are deepening calls for a halt to plans for oil and gas exploration in Democratic Republic of Congo (DRC) and seeking the Pope's support in this, as he embarks on a visit to the country.

The activists have been opposing oil exploration activities in the Virunga National Park, Africa's oldest national park, as well as the recent plans by the government to auction oil and gas blocks, some of which fall in sensitive areas in the DRC.

They cite the grave risks posed by oil exploration activities to the environment, endangered species of wildlife, and the livelihoods of local communities.

Pope Francis, who is on a 4-day visit to the country, is an advocate for environmental justice who has been consistent in calling for urgent climate action, the abandonment of fossil fuels and a transition to renewable energy.

Bonaventure Bondo, Climate activist in Kinshasa, DRC said: "We are concerned by our government's continued push for expansion of fossil fuel exploration in our country, which will come at great cost to our environment, wildlife, our communities and the climate.

Our protected areas are under threat - from the oil exploration activities in Virunga National Park, to the oil and gas blocks that the government is auctioning off in the Congo basin. This comes at a time when all the signs point to the urgent need to shift away from fossil fuels to renewable energy, to contain global heating and avert catastrophic climate impacts.

We appeal to Pope Francis, to engage our government on this very crucial matter, to call for the stop to these fossil fuel projects and the prioritization of renewable energy."

Ashley Kitisya, Fossil Fuel Free Campaigner Laudato Si Movement said: "Pope Francis in Laudato Si shares, 'There is an urgent need to develop policies so that, in the next few years, the emission of carbon dioxide and other highly polluting gasses can be drastically reduced, for example, substituting for fossil fuels and developing sources of renewable energy.'

The exploration of oil and gas in DRC sets us on the path of more climate catastrophes that will disproportionately affect the poor. We therefore come together to call for the end of unjust actions to profit a handful of people. Instead, we call for a transition away from fossil fuels and the use of clean, renewable energy that primarily addresses the needs of local communities and economies." 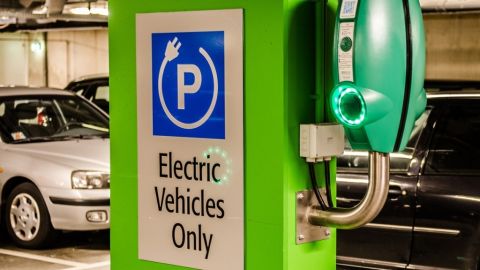 The Sustainable Energy Fund for Africa (SEFA) of the African Development Bank Group will provide a $1 million technical assistance grant to the Green Mobility Facility for Africa (GMFA).

The SEFA grant will support the creation of an enabling environment for Electric vehicles (EVs), the design of EV business models and guidelines for the public and private sector, the development of a bankable pipeline of e-mobility projects, regional coordination, and knowledge-sharing amongst other upstream activities to help catalyse follow-on private sector financing during the subsequent investment phase of the GMFA.

"The African Development Bank is committed to building a sustainable and more climate-resilient future by catalysing private investment in low-carbon solutions. We believe GMFA will have a tremendous impact on the African market by accelerating the shift to green mobility, reducing over 2,175,000 carbon dioxide equivalent tons of greenhouse gas emissions and facilitating the creation of 19,000 full-time jobs."

"Future demand for mobility solutions and vehicle ownership is expected to increase with rapid urbanisation, population growth, and economic development. We are delighted to receive this support from AfDB. We see this as a vote of confidence in our efforts to shift to e-mobility solutions and advance Rwanda's transition to a low-carbon economy," said Clare Akamanzi, Chief Executive Officer of the Rwanda Development Board. Rwanda is one of seven pilot countries for GMFA. 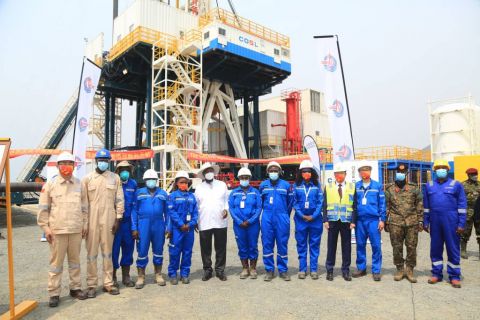 President Yoweri Kaguta Museveni has today launched an oil rig that is meant to drill the crude oil from underground. The ceremony took place in Buhuka Parish, Kyangwali Sub County, in Kikuube District.

The construction of the oil rig began late last year; marking the beginning of the country’s oil journey that is expected to last for over 25 years.

As the chief guest, Museveni congratulated the country for reaching such a milestone. He has further asked the people of Bunyoro to look into agriculture in order to tap into the oil Industry.

He has however asked people to stop cutting forests especially Bugoma forest which he says has been depleted.

The Minister of Energy and Mineral Development, Dr. Ruth Nankabirwa, has revealed that they have fulfilled all international requirements to make sure that the oil industry is a success.

She has gone ahead to say that the East African Crude Oil Pipeline is ongoing with different works in Tanzania and Uganda and most PAP’s have been compensated.

Milma, who represented the Tanzanian energy minister thanked Museveni for working with their respective countries to make sure that the oil industry is a success.