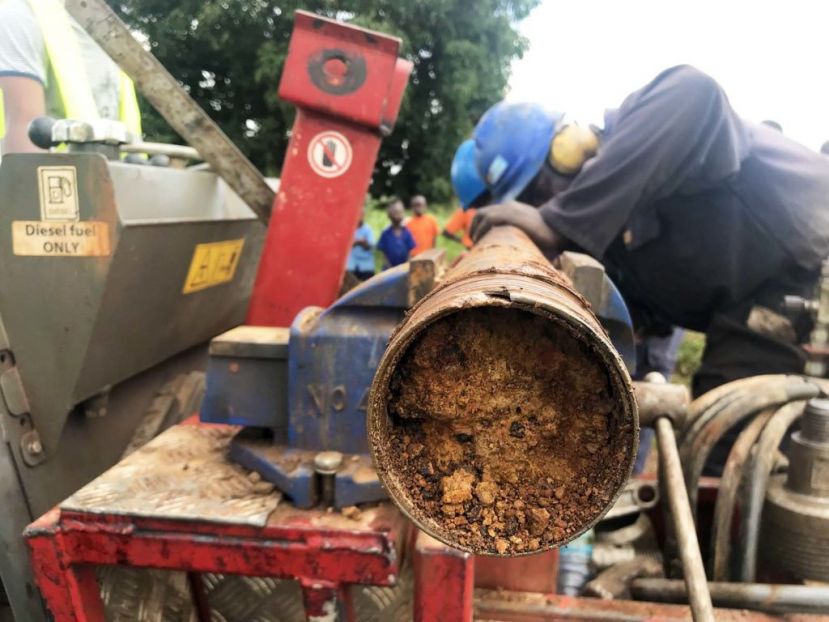 Rare Earth Elements in Busoga have excited the country.

The minister Ministry Of Energy and Mineral Development Hon. Ruth Nankabirwa early in June made a mad dash to Busoga sub region on the request of the Prime Minister (PM) Rt. Hon. Robinah Nabbanja.

The energy minister was directed by the PM in May to rush to the districts of Bugweri, Mayuge and Bugiri in Busoga where the country discovered Rare Earth Metals (REM) & Rare Earth Elements (REE) largely referred to as Rare Earths – minerals that are driving the global Fourth Industrial Revolution – to respond to unnerving queries being raised by residents.

Through the Makuutu Rare Earths Project, a project covering about 37kms across the districts of Bugweri, Mayuge, Bugiri and Iganga, Rwenzori Rare Metals has been establishing a significant ion adsorption clay deposit that ranks among the largest ionic clay deposits outside China. Exploration results put Rwenzori Rare Metals' discovery at 532 million tonnes of ore containing rare earth elements. The company said a review has been conducted to establish further exploration potential in the next 12 months.

The chief executive officer of Rwenzori Rare Metals, Mr Warren Tregurtha, anticipates that commercial production will start in the first quarter of 2024. He said they are applying for a mining license and want land access to start.

The Need For Massive Land

The company has invested in excess of $10m and once commercial production starts; the project will have the potential to attract another investment portfolio of about $100m.The Makuutu Rare Earth Project is one of the few clay deposits that contain high concentrations of heavy and critical metals necessary for strong magnets and other modern technology.

But like all big money mining projects, they require land – and for the rare earth minerals in Busoga, the mining companies and government will not only require access to land from the community for exploration but also total take over for mining when the time come. For now, the company is planning and laying the ground for that. This means that people will lose land and get displaced from their ancestral homes. Basically, the social setting of people in the larger part of Busoga will be altered in a manner that is irreversible.

Some of the fears rising amongst the communities in the three districts were raised on the floor of parliament by Bugweri district Woman Member of Parliament (MP), Hon. Rachel Magoola. As a people's representative, Hon. Magoola alerted parliament that government was not visible in the communities to educate the residents about rare earth minerals and the presence of an alien company. The MP said there were also potential land conflicts brewing due to potential sale of land purported to host the rare minerals.

“The locals have been given a timeline of one month to sign MoUs of their land to an organization which they are worried about. My prayer is that the ministry comes out and introduces these people officially,” she told parliament in May this year. On the intensified community engagements by Rwenzori Rare Metals Limited, the MP said: “It is causing a lot of anxiety and families are fighting against each other over the idea that land is going to be sold for a lot of money. We need protection of the community from this company.”

Rwenzori Rare Metals recently intensified geological mapping activities something that created fear among communities. Landowners now fear that they are going to be evicted from their own land without being compensated. Speculators are brokering land sale deals in anticipation for higher returns from compensations.

Ms. Jane Nalongo, 30, a resident of Buwaaya Parish in Mayuge District told Uganda Radio Network (URN) that her siblings are being forcefully evicted by the Sub County chief backed by security operatives after their land was illegally surveyed.

The Local Council One chairperson of Makuutu village in Bugweri Sub County, Mr. Jamada Kasisa, says the brokers, mainly government officials, are on rampage forcing residents to sell off their land arguing that the government will take over their land without compensation.

The Makuutu Rare Earth Project community liaison officer, Mr. Sarah Ntono, recently told journalists in Bugiri that the company is engaging communities to create awareness and that people shouldn't worry. She also revealed that after positive exploration results being achieved in Bugweri, Bugiri and Mayuge, they are expanding to Iganga districts.

To suppress these fears, minister Nankabirwa reassured the Project Affected Persons that government is undertaking the due legal diligence that will be followed to ensure residents are compensated. She disclosed that her ministry is yet to engage government valuers to agree on the compensations.

More in this category: « Illicit Gold Trade Thrives With Impunity In DR Congo