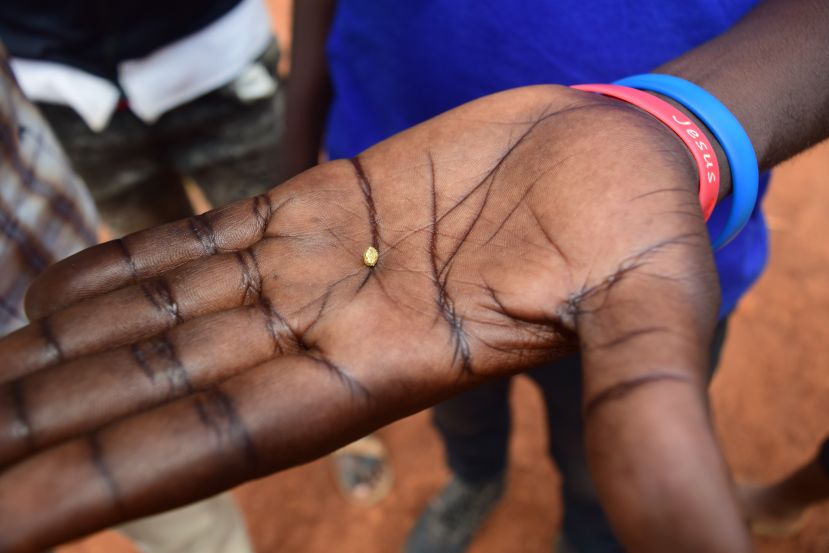 Uganda became an overnight celebrity in the world of gold miners and traders when President Yoweri Museveni during this year’s State Of The Nation address on 7th June said the country had discovered a deposit of 31 million tonnes of gold ore in Busia district.

The revelation by the president attracted mixed reactions from members of the public and especially miners and gold traders. The president, confident as always, also said that the country would earn more than $12 trillion.

Ministry of Energy and Mineral Development (MEMD) spokesperson Mr Solomon Muyita told Reuters that an estimated 320,158 tonnes of refined gold could be extracted from the 31 million tonnes of ore. In Uganda, gold deposits are found in Karamoja sub-region and districts Busia, Bugiri, Namayingo, Kasanda, Buhweju and Bushenyi.

To many industry players, the president’s disclosure was laughable and didn’t sit well with them. Mr. Don Bwesigye, a mineral & energy policy analyst, in an article published in the Daily Monitor newspaper, disputed the president's gold figures based on statistics from the US Geological Surveys.

The government launched the construction of a gold refinery on 7th October 2021, under the management of Wagagai Mining Company Limited, a Chinese company with a vast gold mine in Busia, eastern Uganda.

According to reports, the company owns the gold mining right of 9.24sq km in Busia and about 20m tonnes of gold ore resources. The Refinery will occupy 300 acres of land covering Alupe, Akipenet, Amagoro and Amonikakine villages in Buteba Sub County valued at $200m.

Uganda registered a surge in gold trade in FY2020/21 due to, among others, Uganda’s improvement in refinery capacity which translated into becoming the regional gold-processing hub.

Since Uganda got a gold refinery in Entebbe, its gold exports have been rising. Industry pundits say the gold mining activity in Uganda dominated by artisanal mining was insufficient to match the exports.

It was highly thought that Uganda was being used as a route for illicit gold trade from DR Congo. And indeed, early this year, the U.S. Department of the Treasury’s Office of Foreign Assets Control (OFAC), sanctioned Mr. Alain Goetz, the African Gold Refinery in Uganda, and a network of companies involved in the illicit movement of gold valued at hundreds of millions of dollars per year from DR Congo.

According to a report by the United Nations independent group of experts on Congo, governments need to improve and make public their gold trade data to help stem smuggling and violence around mines in the eastern Democratic Republic of Congo.

The government of Uganda is running the Mineral Development Programme whose goal is to increase the exploitation and value addition to selected resources for job-rich industrialization.

The government under the mineral development programme increased exploration and quantification of priority mineral resources, and commissioned a gold mine in Busia district on 5th October 2021, with reserves estimated at 12.5 million ounces of mineable gold (equivalent to US$16 billion in gold reserves).

The government also conducted an evaluation of mineral reserves, conducted aerial and geological mapping, as well as Geochemical and Geophysical Surveys of Karamoja region, and in December 2021, Samta Mining and Minerals Ltd started exploratory drilling of Nickel mineralization at Atiak in Amuru District.

More in this category: « Mining In The Pandemic: How COVID-19 Affected Uganda's Minerals Sector & Miners