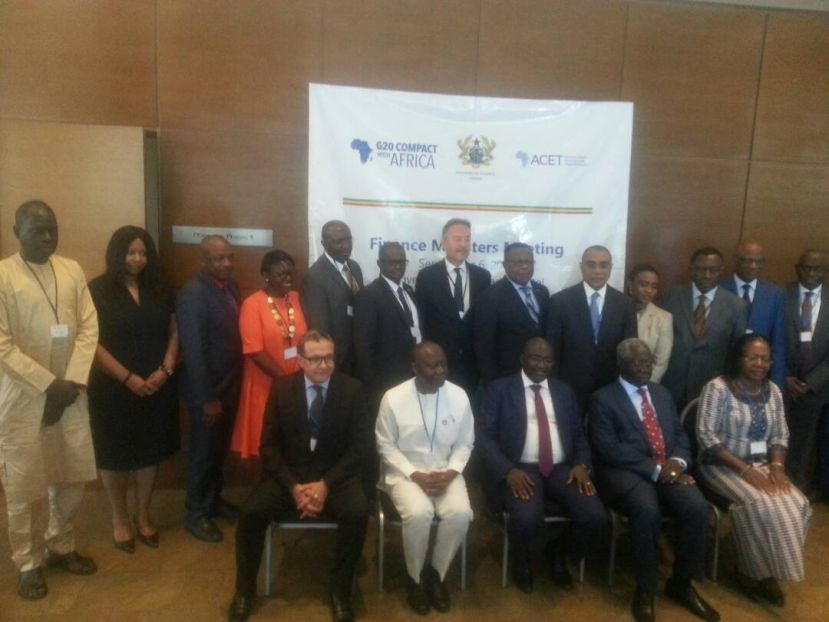 According to the African Transformation Report, ACETs flagship publication launched in October 2013, on the measures of economic transformation, it said, "Africa has been lagging behind East Asia, in large part because of state-led industrial policies in the first decades after independence and the market-led adjustment policies of the 1980s and 1990s.

Since then, some African countries have been moving toward a middle course between the two policy extremes. Six of the 10 fastest growing economies in the 2000s were in Africa, and others were above or near the 7 percent threshold for economic takeoff, set to double their economies in ten years."

However, this has not mostly happened in Africa and therefore much of the growth needs to come from better macroeconomic policies and booming commodity markets.

Dr.Mahamadu Bawumia, Vice President of the Republic of Ghana delivering his keynote address during a G-20 Compact with Africa (CWA) meeting here in Accra outlined several points he believes can accelerate Africa's transformation and development.

According to him, leadership matters in the fastest way or form to complete the compact, saying "it is our responsibility to leave up to the expectation of the compact."

Nevertheless he bemoaned the spectre of anti-globalization efforts, continued falling global economic indicators, challenges in the European Union, increasing migration and demographic pressures, and the lack of political cohesion on climate change haven made the job of leading the G20 under the German Presidency a challenging one although he was full of praise for its Presidency describing it as "unprecedented".

He stipulated that Ghana has identified a strong reform program to build the most business friendly environment in Africa. He explained further that for Ghana the CWA has also been an opportunity to re-focus attention on areas where investment is badly needed.

These include renewable energy, agriculture and agro-processing, the financial sector, infrastructure such as transport, industrial sectors such as aluminum and petrochemical, and tourism.

He mentioned that the country is focused on prudent expenditure management to reduce expenditure, broadening the tax base, enhancing tax compliance to reverse the unfavorable debt dynamics under the macroeconomic framework pillar of the CWA.

Under the Business framework pillar, the country according to the Vice President is creating the Ghana Business e-Registry and developing model contracts in line with international best practice while under the financial framework pillar the country seeks to reduce dominance in the debt market and promoting corporate issuance.

He said, "aid landscape is dwindling and we must contemplate a future beyond aid. We must create the environment to mobilize domestic financing." Similarly, he further stated that, "we must promote an environment of transparency with a sense of urgency in economic transformation."