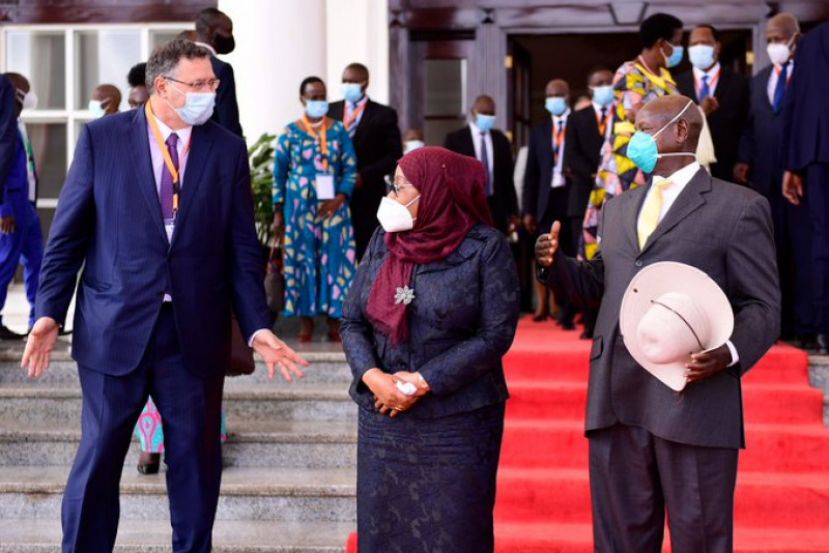 In the past twelve months, the African energy sector has seen several encouraging developments – in the form of both Foreign Direct Investment (FDI) and strategic partnerships – that have advanced the sustainable development of its natural resources.

In fact, despite a global downturn in investment in 2020, FDI flows to developing economies accounted for 72% of global FDI, the highest share to date. Given the magnitude of Africa's oil and gas reserves – not to mention its abundant renewable resource wealth – the continent remains a highly attractive market for inbound investment, which is vital for its growth.

Take Uganda, for instance, which is home to one of the largest onshore discoveries in sub-Saharan Africa. Following multiple petroleum discoveries in Uganda's Albertine Graben – estimated to contain 6.5 billion barrels of oil, of which 1.4 billion are considered recoverable – foreign investments into the country are expected to reach nearly $20 billion.

The deal pushes along an extended development process – slowed by infrastructure issues, tax complications, then COVID-19 – that not only promises to bring first oil by 2022, but also provides a pathway to monetization via associated transport infrastructure.

In addition to developments at Lake Albert, the Ugandan Government has proven its commitment to attracting FDI to its hydrocarbon sector through its second licensing round held last year, as well as its invitation to local and foreign entities to forge joint-venture partnerships with the Government.

By prioritizing the establishment of mutually beneficial partnerships, the emerging East African producer aims to facilitate the successful transfer of skills, knowledge and technology, initiating an influx of technical expertise and working capital into the country.

"Those who have been locked out from access to opportunity want the same from the energy sector that the energy sectors want from governments.  We must not forget local content, local jobs, local opportunities especially for young people and women" Stated NJ Ayuk Executive Chairman of the African Energy Chamber.

Meanwhile, in West Africa, Senegal has been reaping the rewards of a long-standing partnership with Germany, which has resulted in more than one billion Euros in funding, including significant support for small-scale power plants and renewable energy projects. Holding sizeable potential for solar and wind energy development, Senegal serves as a regional leader in renewable deployment as a means of rural electrification.

Indeed, energy is a central component of poverty alleviation across Africa, with electricity access enabling greater independence, clean cooking and potable water, as well as dramatically improving the well-being of individuals, businesses and communities alike.  Rural populations are cognizant of the challenges posed by a lack of stable electricity supply – increased urban migration, lack of access to basic services, low economic competitiveness, to name a few – and distributed renewables can represent the fastest and least expensive path to electrification.

European interest in Senegal has shed light on and served as a model for co-operation opportunities between renewable-rich African countries and developed partners, which offer cutting-edge technologies and technical expertise to transform raw resources into viable off-grid and mini-grid solutions.

Furthermore, while the cost of deploying renewable technology has never been lower, the availability of renewable-focused capital has never been higher. Investment in commercial and industrial solar has demonstrated resilience against the pandemic, continuing to be seen as a safe investment in light of rising utility costs and increasing distribution of both solar and financial technologies.

Yet resource potential and low costs of equipment are not enough; Senegal and other resource-rich African nations require active investor interest and strong government support to unlock diversified energy mixes. In turn, a lack of investment represents a pointed threat to the achievement of long-term energy security.

"Young people and women have shown their great resilience, and it is our hope we close these deals in the renewable energy sector, Africans can have a sense of some hope that they will be included in the industry contracts and opportunities. It is no longer correct for the African to be the last hired and the first fired" Concluded Ayuk.

Moreover, without sustained levels of FDI continuing to move the needle on oil, gas and renewable developments, energy export revenues run the risk of being stranded and resources left undeveloped. For emerging producers like Uganda – as well as Tanzania, Kenya, Mozambique, among several others – this would mean foregoing critical government revenues that could aid in a much-needed, post-COVID-19 economic recovery.

FDI is vital to Africa's growth, and while it may be challenging to procure capital in a tepid global economy, it is even more difficult not to. Yes, COVID-19 has put emerging producers in a tough spot: new exploration is seen as risky, and new producers lack existing assets or low-cost development of marginal fields on which to fall back.

However, it is not an option to slow or postpone time-sensitive developments that promise to harness natural resource wealth and make sustainable improvements in standards of living across the continent. Africa requires a sustained flow of investment and has proven time and again that it offers the scope of projects and magnitude of resources that are worthy of foreign capital.

More in this category: « Oil Agreements Open Up Opportunities For Ugandans Not Under Our Watch: Greenpeace Africa Responds To East Africa Crude Oil Pipeline Deal »