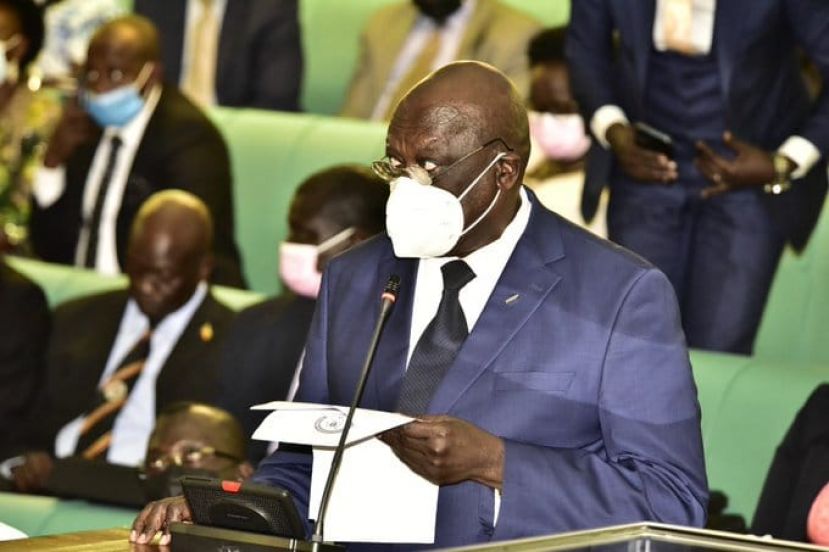 The Deputy Speaker of Parliament Thomas Tayebwa has referred the matter of the high and uneven fuel prices in the country to the committee on natural resources who are expected to meet fuel dealers, the energy minister, the shadow energy minister and other stakeholders and give a report on the matter to the house within seven days.

Tayebwa’s reaction was ignited after Members of Parliament raised the matter of skyrocketing and non-uniform prices of fuel in the country on the floor of parliament when the Minister of State for Minerals Peter Lokeris was presenting a statement on the supply of petroleum products into the country.

The Soroti West Division Member of Parliament Jonathan Ebwalu asked the Ugandan government to deal with fuel dealers who have started hoarding the prized and scarce petroleum product.

The MP is also concerned that fuel is being sold at very different prices in different areas. He questioned why fuel can be sold at Shs6900 in Tororo and Shs5600 in Mbale.

In the statement, the minister noted that prices of petroleum products have been increasing globally.

He said: “The increase in global prices was initially triggered by the post-COVID-19 opening of the global economy which required much more products than suppliers could meet. This resulted in product scarcity and supply prices increased.”

“The freight also increased due to the fact there was a high demand for ships yet during lockdowns, business was low and new ships were not being manufactured and some old ones that were no longer seaworthy could not sail. This resulted in high freight costs.”

“Mahathi Infra Uganda Ltd has been developing a system to transport fuel over Lake Victoria by barges. The construction of storage facilities of 72 million litres is complete. The assembling of the first barge with a capacity of 4.5 million litres has also been completed.

“The strategies to keep the country well supplied, hinge on the effectiveness of the import routes and the in-country storage facilities. Mombasa and Dar es Salaam ports together with other terminals in Kenya are being utilized by Oil Marketing Companies (OMCs).”

Currently, about 80% of Uganda's petroleum product requirements are supplied through the Kenya route using the Open Tender System (OTS) which Uganda joined in 2011 after a series of engagements with the Kenya Government.

The remaining 20% of Uganda's product requirements, which increased recently from 5%, are supplied through the Tanzania route which has not been attractive due to long-distance and the associated transport costs resulting in high landed prices per litre.