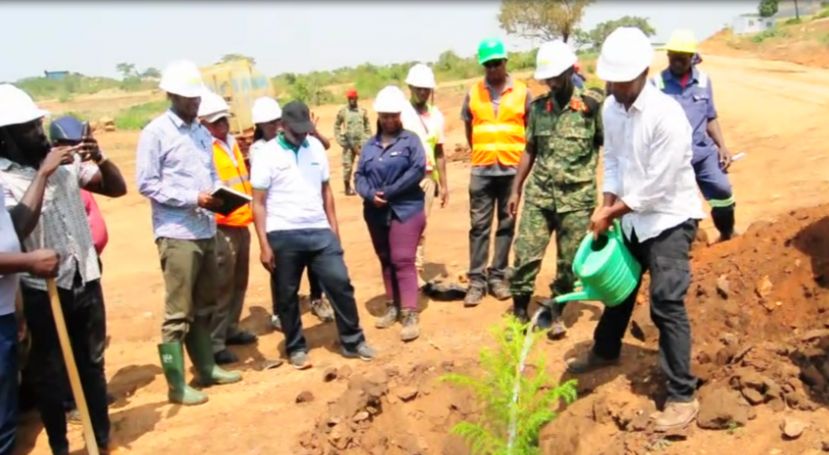 The trees planted were delivered by the Plantations Director of the National Forestry Authority Stuart Maniraguha.

The exercise was launched by Major General Sabiiti Muzeyi the General Manager of Luwero Industries Limited with the planting of over One Thousand Trees at the ongoing construction site of the Drilling, Waste Treatment and Disposal Facility  Plant for the Kingfisher Oilfield.

The trees planted were delivered by the Plantations Director of the National Forestry Authority Stuart Maniraguha.

Luwero Industries Limited, which is a Subsidiary of the National Enterprise Corporation (NEC), the commercial arm of the Ministry of Defense and Veteran Affairs was contracted to manage waste that will be accumulated from the drilling of crude oil from Kingfisher Oilfield run by CNOOC Uganda Ltd.

Major General Sabiiti Muzeyi says as the army anticipates hitting their target in a period of two years adding that the trees planted will help reduce carbon emissions in the area.

Stuart Maninaraguha, the Director of Plantations of the National Forestry Authority stressed the need for different stakeholders to ensure that they integrate tree planting into their programs.

He says the target of planting twenty thousand trees is a good move.