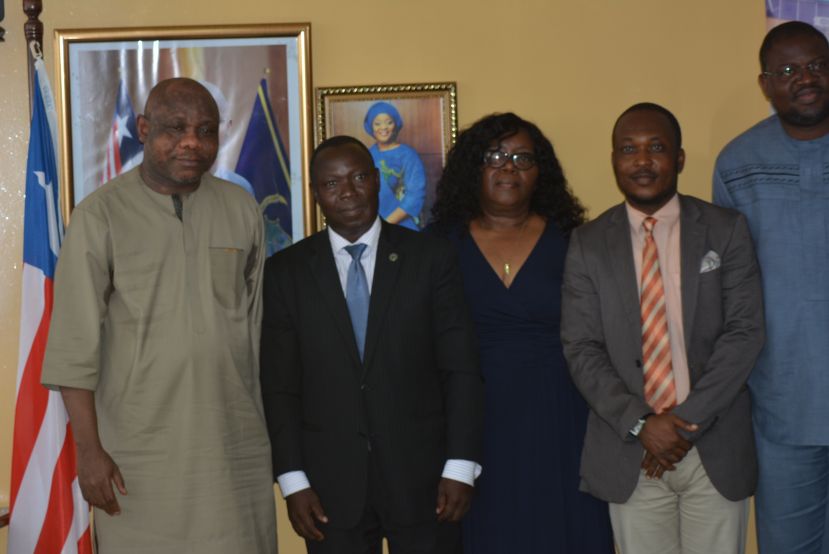 The ceremony was attended by officials from government, the Rural Renewable Energy Agency (RREA), the National Investment Commission (NIC), development partners and other stakeholders

The African Development Fund has approved a $34.74 million grant and loan to boost renewable energy access and promote an attractive investment climate in Liberia.

Under the first project, the Renewable Energy for Electrification in Liberia, more than $33 million, primarily in the form of a grant from the Bank and the Strategic Climate Fund’s Scaling-up Renewable Energy program, is to support renewable energy sector growth.

The funds will go towards construction of a mini dam on the St. John River in Nimba County in northeastern Liberia and the development of the Gbedin hydropower Falls with a total capacity of 9.34 megawatts of power, to be transmitted through an 8 km, 33kV line connecting 7,000 households.

The system would allow for grid expansion to isolated communities and support the connection of schools, health centers, businesses and industries to the national grid, increasing the rural electrification rate in Liberia.

Minister Samuel Tweah Jr. said the project, scheduled for completion by 2024, would help unlock one of the main constraints to economic development -- access to a reliable, affordable and sustainable supply of electricity.

The second project - Support to Investment Promotion Agencies in Transition Countries – received approval for an additional $1 million to assist in promoting business investment in Liberia and building the capacity of the National Investment Commission. The funds will come from the Bank’s Transition Support Facility.

“As a Bank we understand the challenges faced by Government and the efforts underway to attract Foreign Direct Investment,” said Amu. “This project aims at contributing to those ongoing efforts by (the Liberian) government.”

As of January 2020, the Fund has 16 on-going and recently approved operations in Liberia with a total commitment of $413 million. The active portfolio spreads over six sectors covering infrastructure, predominantly roads, and energy. With this new signing, energy now accounts for 26% of the Fund’s total commitments in Liberia.