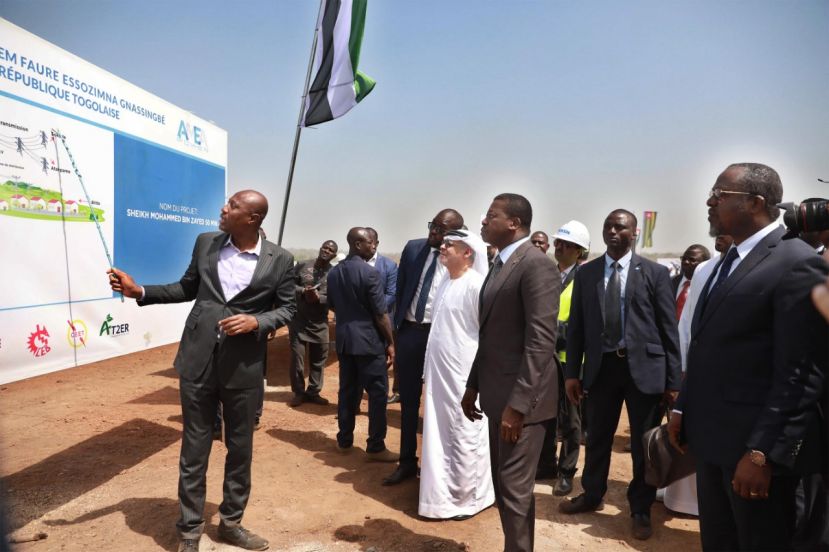 The project was launched in presence of H.E. Faure E. Gnassingbe, President of the Republic of Togo, and Hussain Al Nowais, Chairman of AMEA Power, the company in charge of designing, financing, building, launching, operating and maintaining the facility.

The Moyamed Bin Zayed Solar PV Complex is West Africa's largest ongoing solar PV project and supports Togo's ambitions to increase its rural electrification rate to 50% by 2022, and 100% by 2030.

"AMEA Power is a foreign investor who understands Africa and has demonstrated a commitment to supporting local content wherever it operates," declared Nj Ayuk, Executive Chairman of the African Energy Chamber and CEO of the Centurion Law Group.

"As public and private sector interest for Africa grows in the Middle East, such players are most welcomed. Their work in and with Africa contributes to the development of a sustainable and prosperous future."

The project further confirms the growing presence of AMEA Power in the continent. The UAE-based company has become a serious investor in Africa's energy sector and represents the growing appetite of private players and investors from the Middle East to invest in Africa.

More in this category: « Liberia Gets $35m For Renewable Energy From African Development Fund Engie Africa Brings Off-Grid Power To Over 4m People On The Continent »