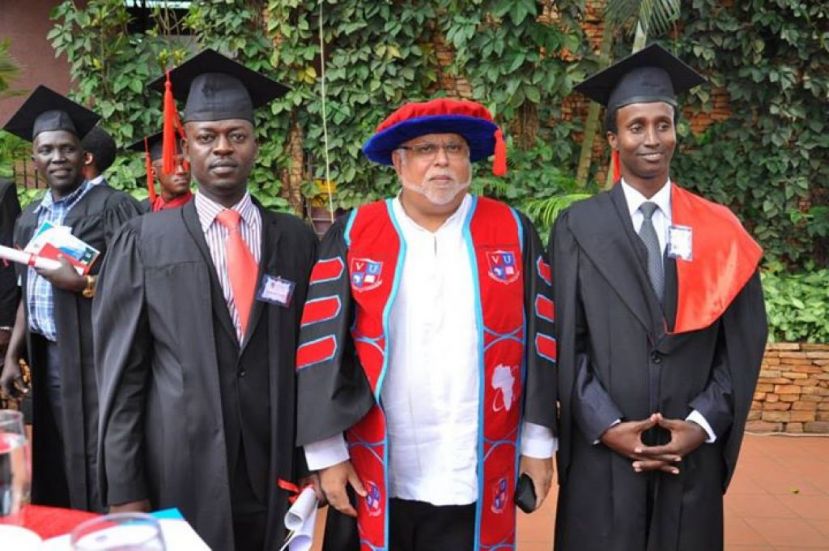 There was a time in Uganda when if someone needed top quality education of an international nature had to fly out of the country and head to Europe, USA or India.

Flying to another country was an expensive venture which was a preserve for the rich and famous. Underprivileged parents had to do with local schools.

However the lack of international schools in the country presented opportunities to business minded people like Dr. Sudhir Ruparelia.

Under his Ruparelia Group, Sudhir has heavily invested and improved Uganda’s education sector. He has set up internationally recognized elementary, primary, secondary schools and a university.

Kampala International School Uganda (KISU) began life as a small primary school with a curriculum based on the National Curriculum for England for the Primary School through Year-9 in the Secondary School.

The curriculum ensures that rigorous educational standards are maintained and that progression of educational experience is monitored.

Today KISU offers a holistic international education to over 600 students from over 60 nationalities ranging in age between 2 and 20 years.

There are specialist teaching areas for Science, Art, Design Technology, Music and Food Technology and all classrooms are fitted with interactive whiteboards.

KISU has grown from being a small primary school to become one of Uganda's largest and most modern international schools with a curriculum fully supported by the Department of Education in England.

With KISU succeeding, another opportunity for Sudhir to invest in the evolving education sector presented itself in the form Kampala Parents School.

Kampala Parent’s was started in 1975 by Edward Kasole Bwerere, a former Member of Parliament for Buwekula Country in Mubende district.

Bwerere in 2004 sold the school to Sudhir whoo would later reinvest in the school and turn it into a gem it is today. While the school follows a local curriculum, the school operates at an international standard.

The school is a star performer in national exams and co-curricular activities like sports and music. The school emerged the second best in Kampala in the 2017 PLE national exams.

In 2015, Sudhir acquired Delhi Public School International in a move that further enlarged his investment portfolio in the education sector. Sudhir said he responding to a need because 15,000 students were leaving Uganda to go to India for studies.

Delhi Public School International neighbors Kampala Parents School in the leafy Naguru suburbs. The school offers the CBSE curriculum of India. Sudhir explained that there were committed to helping the Government and Ugandan people to have quality education.

“Wherever any country has good education, it directly helps its economic growth.” He said.

Earlier, in 2013, Sudhir had bought Victoria University from Edulink Holdings Limited, a UK organization. Ever since, the University’s star continues to shine. The Jinja road based university now has four faculties and state of the art facilities.

Victoria University offers an ample alternative to people who miss out on public universities and those who want quality university education. Sudhir is currently offering free bursaries to need students. The University offers courses at both undergraduate and postgraduate levels.