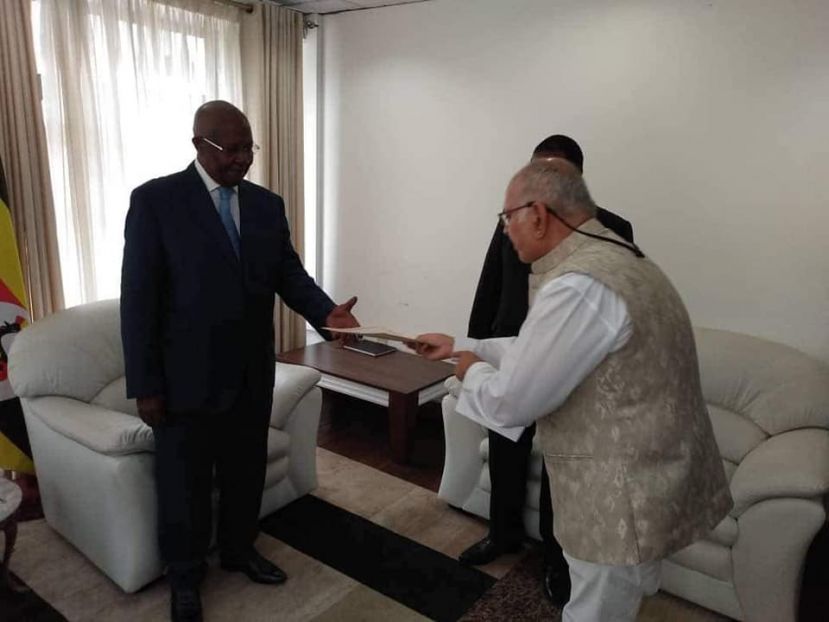 Businessman, Dr Sudhir Ruparelia has presented his credentials to the minister of Foreign Affairs, Sam Kutesa, officially becoming the first honorary Consul of the Republic of Nepal to Uganda.

The businessman also opened the Nepalese Consulate at his Crane Chambers in Kampala thereby commencing his duties of representing the Asian country. The launch of the consulate was attended by H.E Jhabindra Aryal, Ambassador E&P, Embassy of Nepal, Cairo Egypt.

In a bid to boost its relations and trade, the Republic of Nepal appointed Sudhir whose business ventures have continued to expand to cover many sectors of the economy. Sudhir was last month appointed by the President of Republic of Nepal Bidhya Devi Bhandari.

The Federal Democratic Republic of Nepal is a landlocked country in South Asia. It is located mainly in the Himalayas, but also includes parts of the Indo-Gangetic Plain.

Nepal borders China in the north and India in the south, east and west while Bangladesh is located within only 27 kilometres (17 miles) of its southeastern tip and Bhutan is separated from it by the Indian state of Sikkim.

Nepal has a diverse geography, including fertile plains, subalpine forested hills, and eight of the world’s ten tallest mountains, including Mount Everest, the highest point on Earth. Kathmandu is the capital and the largest city.