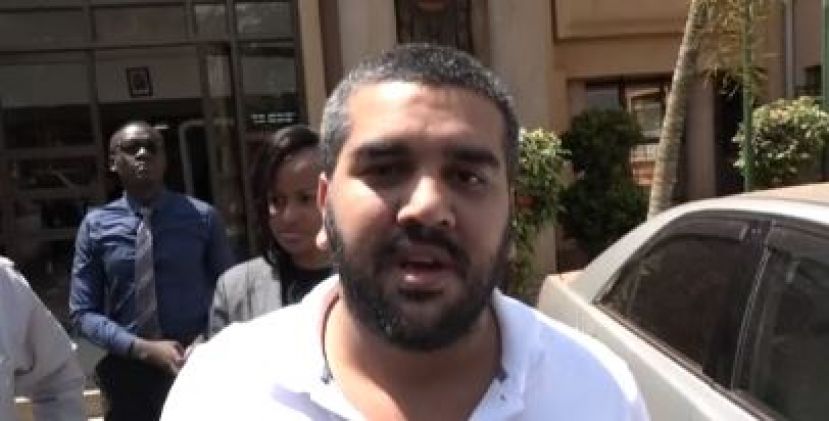 According to Daily Monitor, Rajiv’s matter was brought to the attention of the House by Kasilo County MP Elijah Okupa who said there was need for Jeje Odongo to brief the country on what action the police force had taken against officers who allegedly attacked the youthful businessman.

“Last week we heard about the people who wanted to kidnap Mr Rajiv Ruparelia when he was walking but was only saved by his dogs. We have been waiting for the Minister of Internal Affairs to tell us who those people because in the videos we saw they were dressed in police uniform,” Daily Monitor quotes Okupa.

Gen Odongo and his Junior Minister, Mario Obiga Kania were not in the House to give instant response to the matter raised on the floor.

Last week, Rajiv alleged that when he was walking his dogs in the neighbourhood, he stopped a speeding vehicle to inquire why the driver was acting recklessly. He said it turned out that the people travelling in the van were policemen.

“An officer angrily said to me that this is not India. This is Uganda. Immediately when the dogs realised that I was being beaten by the officers they tried to save me. This was a racial attack," Rajiv said.

Kampala Metropolitan Police Deputy Spokesperson, Luke Owoyesigyire, said on Friday that as the cops listened to Mr Ruparelia, who had stopped their car, he set his dogs at them.

“The preliminary information we have is two-sided and we can’t make conclusions. I can’t deny that our officers abused him nor can I deny that the officers were acting in self-defence. We will conclude when we interview the two parties,” Owoyesigyire said.