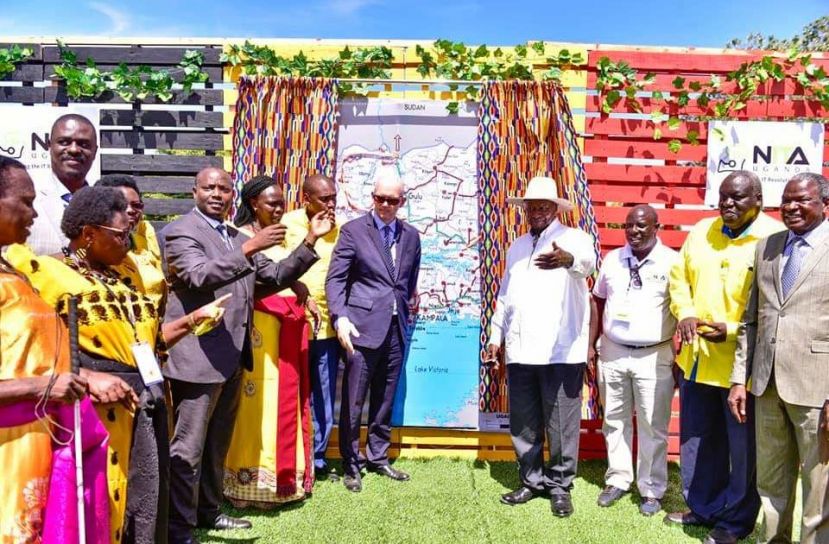 The National Information Technology, Uganda (NITA-U), with funding from the World Bank, contracted Huawei technology to build this phase of the national backbone infrastructure and e-government infrastructure project (NBI/EGI) to connect districts and towns across the country. This is the continuity of Phases 1-3 which were funded by China's EXIM Bank between 2007 and 2016.

With the start of Phase Four, the districts of Pakwach, Nebbi, Arua, Yumbe, Koboko, Adjumani, Katakwi and the border points of Oraba, Vurra and Mpondwe will improve access, reliability and competiveness of broadband services both domestically and regionally.

It will also provide the new international connections to neighboring countries including South Sudan and Eastern Democratic Republic of Congo (DRC) as well as helping position Uganda as a regional communication hub and bring public services closer to people, with 100 government offices in the areas of West Nile and Karamoja to be connected. After this phase, Phase V will make Uganda fully connected to fast and cheaper internet.

President Museveni, who was received by jubilating and cheering massive crowds and NRM supporters, said it was important for West Nile to have underground Internet cables because the facility would make work faster, efficient and easier.

“These computers that work like human brains need to be connected by underground cables. We already did this in Kampala. We need to have the same done for West Nile. This is very important because it will help auditors and accountants get international jobs without moving to other countries,” he said.

The President also observed that connecting underground cables would make learning in schools easier and lessen the burden of parents buying books for their children since they would just connect and search from the computer.

The President also noted that while the government was playing its role of development in West Nile Region, it was incumbent on the people to create wealth for themselves in their homesteads, a role that would in turn lead to creating jobs for others.

He reiterated that creating jobs in Public Service cannot cater for all the people in Uganda and hence the necessity of starting projects that create wealth for them and help others to get employment.

“The total number of government jobs is 490,000 yet the population of Uganda is 41 million people. It means the government jobs can only cater for 2.8 million,” he said.

The minister of ICT & National Guidance Hon. Frank Tumwebaze, thanked the World Bank and Huawei Company for connecting West Nile and Karamoja. He noted that the project had not only brought about connectivity but also employment opportunities.

NitaU's spokesman Steven Kirenga says phase four is connecting another 1100 new government locations by the end of the next financial year. "We already have 414 government connections on the internet, including local governments and other government offices.

Mr Kirenga said the contractor Huawei are a global contractor with extensive experience and expertise in such work.

He said phase four which ends in 20 months’ time, will be done professionally and competently.

He said that it will also enhance and make URA and immigration work at border points of Mpondwe and Vvura faster and more efficient.

More in this category: « Online Marketplaces, As A Catalyst For Job Creation In Africa Huawei Sets Up ICT Academy At Makerere University »