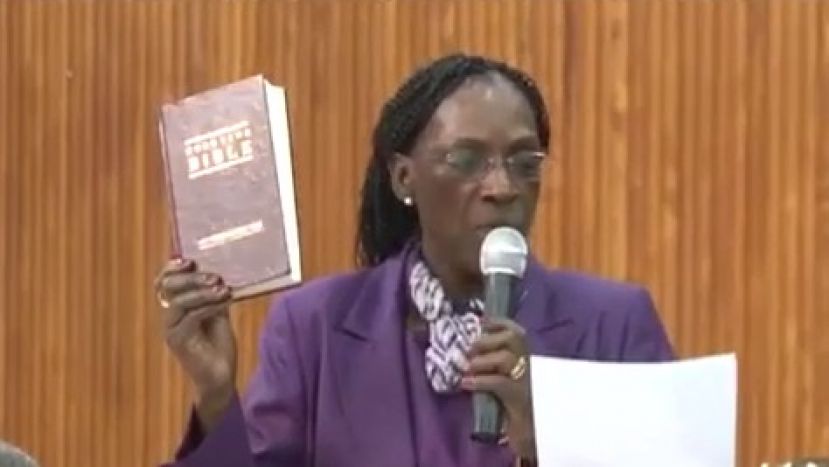 Parliament’s Committee on Commissions, Statutory Authorities and State Enterprises (Cosase) has given the former Bank of Uganda (BoU) executive director of supervision, Justine Bagyenda and her former co-workers up to Thursday this week to present negotiation records, inventory reports and minutes of meeting that led to the final decision for closure of Global trust bank Uganda (GTBU).

Bagyenda told the committee members that BoU followed right procedures to the closure of GTB. “We carried out all examinations on the bank, the board of management was weak, financial status was inaccurate therefore we wrote a report and it was presented to the Governor BoU, Prof Tumusiime Mutebile,” she said.

She said that a commercial audit was done and conducted by KPMG before the bank was closed. However, Katuntu asked her to avail inventory reports, negotiation records and minutes of the meetings that approved the closure of the bank.

In her response Bagyenda said: “I can’t remember if we have them, I need to check,” She replied adding that she was not given any chance to talk nor discus them.”

Katuntu responded: “New officers need to know the past activities conducted by BoU. The bank has to have a record. I repeat are records there? ” Asked Mr. Katuntu.

Mrs. Bagyenda, however requested to be given more time to cross check with BoU. Her plea was heard was granted up to Thursday this week when the committee is scheduled to resume its work.

In yesterday’s meeting, it was revealed that GTB was closed on July 25, 2014 and had its assets and liabilities transferred to DFCU Bank on the same day under the purchase of assets and assumption of liabilities agreement.

According to Mr. John Muwanga, who probed BoU after parliament ordered that he does so, GTBU was closed on 25th July 2014 due to undercapitalization and Corporate Governance weaknesses among other reasons. BOU took over the management of GTBU in line with Section 88(1) of the Financial Institutions Act 2004. In line with Section 95(1) (b) of the Financial Institutions Act 2004 BOU and DFCU arranged for the purchase of assets and assumption of all or some of the liabilities of GTBU.

More in this category: « Bagyenda Aides Remanded To Luzira Prison UBA Foundation Launches Each One Teach One Intiative »