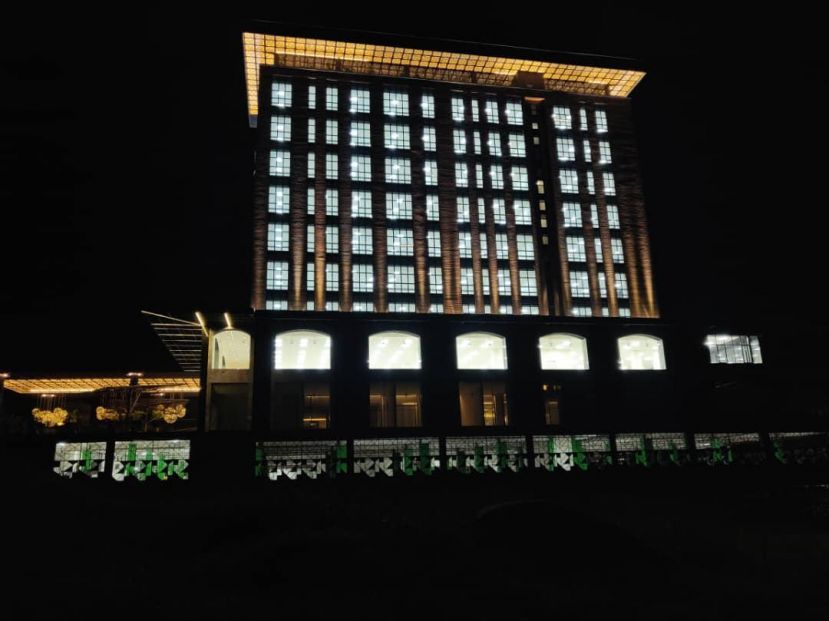 Kingdom Kampala, a modern shopping centre, is now open to the public for letting after the successful completion of the first phase of the multibillion property located on Nile Avenue. The ten storied state of the art building now beautifully lights the skies of Kampala with glee.

Ruparelia Group’s Managing Director Rajiv Ruparelia recently told journalists that the building was tastefully designed to create unmatched shopping and working environments in line with philosophy of satisfying the unmet need for affordable yet modern space.

Ruparelia Group under Dr. Sudhir Ruparelia recently took over development of the land on which Shimon Demonstration Primary School sat from Saudi Prince Ali Waheed who was supposed to build a hotel to host guests during the Common Wealth Heads of Government Meeting (CHOGM) in 2007 but the hotel was never built.

Rajiv Ruparelia, the managing director of Ruparelia Group describes the building as a one stop centre complex. “This particular building is a blend of light retail, food and beverage as well as ten floors of office space. We have 350 car spaces in the basement. We have 47 retail units, 6 lifts, CCTV monitoring room, backup power generators, 100, 000 liter reserve water tank. I don’t think we have left out anything”

The building also boasts of three floors of parking that can accommodate 450 cars. It has been fitted with a modern sprinkler fire suppression system consisting of a 200,000-litre water tank and two fire pumps with a back-up generator. There is a separate holding water tank with a capacity of 150,000 litres.

Rajiv also revealed that they are soon commencing works for the next phases of the project, which will consist of a 5-star hotel, a shopping mall, another office tower, serviced apartments and a parking bay with capacity for 2,000 cars.