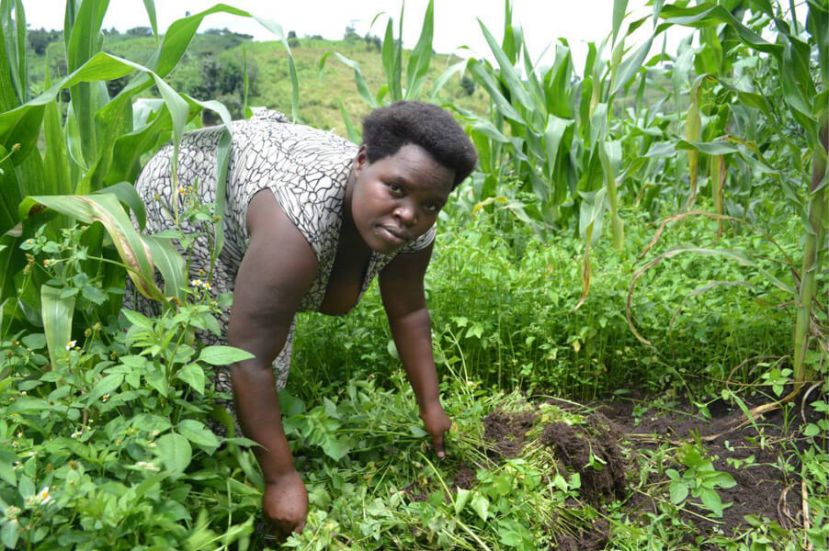 As Uganda joins the rest of the world to celebrate the International Day for Rural Women and the World Food Day, agricultural activists are calling on the government to support women especially those in the rural areas to effectively adopt organic farming practices which they say are environmentally friendly and also cheap to practice compared to conventional farming.

The activists under their umbrella Eastern and Southern Africa Small Scale Farmers Forum Uganda chapter {ESAFF-Uganda) say that organic farming can support rural women to overcome the challenges of poverty since the practices require farmers to use indigenous knowledge.

They add that the agricultural products produced through organic farming are highly demanded both on local, regional and international markets across the World.

"The demand for the organic products locally and internationally is high compared to products from convectional farming practices however our farmers especially those in the rural areas are still ignorant about the economic potential associated with organic farming that is why government should come out to promote it since it has the potential to uplift our rural farmers from poverty," said Nancy Walimbwa Mugimba, the National Coordinator of ESAFF –Uganda.

"Majority of us know some of the major benefits of consuming organically grown food; the reduction in exposure to pesticides and GMOs, the increased intake of nutritional foods and the fact that it tastes better than conventionally grown food.

“But do you also know by supporting the growth of organic foods and consuming organic products – practicing organic farming and its use of recycled organic materials (such as composting), provides us with an opportunity to make choices in enabling food waste to be reused and recycled back into the soil as fertilizer this saves our biodiversity which has been highly degraded by farming chemicals,” she added

To ensure that local farmers especially the rural women appreciate the positive impacts of organic farming, ESAFF- Uganda and its partner organizations have organized the organic week in celebration of International Day for Rural Women on the 15th October and the World Food Day on the 16th signifying the role of farmers especially women play in feeding this nation.

The national organic week will be hosted in Northern Uganda where the activists alongside farmers will be showcasing agricultural products produced in organic way.

Among the key activities to be undertaken during the week include radio talk shows about organic farming practices, public dialogues between sector players and local government leaders from key selected districts in Acholi sub-region.

Why are activists more concerned with the agricultural sector?

Agriculture plays an important role in Uganda's economy accounting for 20 per cent of the GDP in fiscal year 2017/2018 and 43 per cent of export earnings.

The sector still faces a number of challenges like the tremendous effects in the changes in temperatures causing droughts leading to crop failure, which in the long run increases food insecurities and Malnutrition.

Small scale farmers have continued to state that organic agriculture still plays a great role in tackling some of these effects despite the constant pressure to assimilate into modern culture and join the free-market and globalized economy.

Uganda as a country is ranked second to Tanzania in Africa in terms of acreage (standing at 262,282 hectares) while second globally to India in terms of certified farmers (210,352) engaged in organic farming.

The non-state actors believe that once government effectively implements the recently passed National Organic Agriculture Policy (NAOP) in place with proper implementation and awareness mechanisms it will give small scale farmers an opportunity to reap more from their gardens and lessen their dependence on global market for their incomes, which is often not enough to buy the food they once produced in ages.