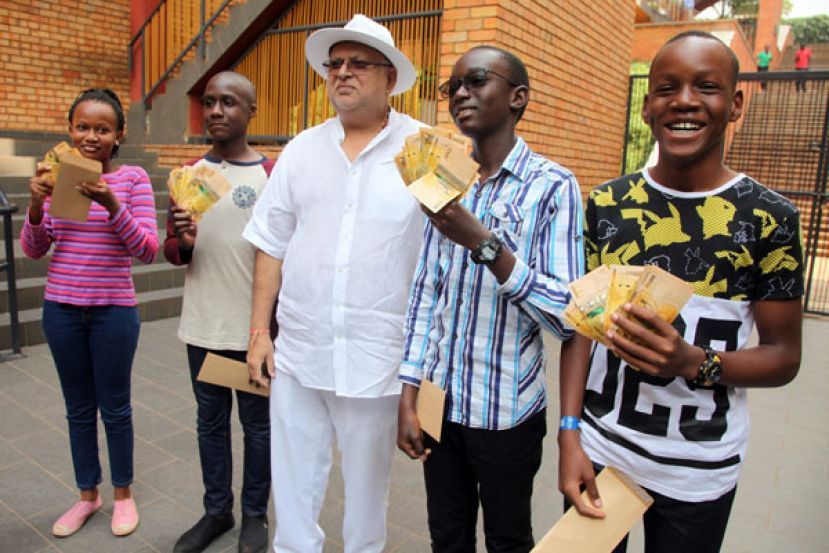 The good academic performance registered by Kampala Parents’ School ‘energizes’ and ‘challenges’ the school’s administration ‘to do even much better’, the school’s principal, Madam Daphne Kato, wrote in a widely publicized article.

In the 2018 national Primary Leaving Examination, Kampala Parents registered a 100% pass rate when all the 234 candidates passed in grade one. "With 100% pupils in first grade, Kampala Parents’ performance is more than 3 times above the average first-grade performance for all Kampala schools- 29.6 percent," she wrote.

"Certainly as we start 2019 academic year, that also coincides with the 15th Anniversary under new management, we are more than energized but at the same time, challenged as well to do even much better. We believe with our world-class facilities and the immense support from both our parents and teachers, as well as our proprietors, the sky is the limit,"

Madam Kato calls upon all parents to continue being involved and taking keen interest in the education of their children. “On our part, we promise to continue working with and through the Parents Advisory Board to continuously review and improve our quest to provide holistic education to our learners,”

She said: "Ideologically, the school has reoriented its focus to becoming centre of balanced academic excellence as reflected in our mission i.e. “to facilitate first-class education and civilisation to children with and from outside Uganda with the hope that there will be a better world community tomorrow,"

"This shift which is very visible in our all-round curriculum, is backed by the school’s proprietors’ conviction that “the growth of any nation, lies in the hands of the young generation and the responsibility to mould them into useful citizens is on us, the adult generation.”

"The schools’ proprietors and management, believe that a diversely-skilled human resources is the major driving force for every country’s development and that developing useful industrious human resources needs laying a strong foundation right from childhood. With this conviction, the school, in 2010 started on an aggressive physical expansion and quality enhancement programme.

The Ruparelia Group between 2010 and 2012 invested in excess of $7 million, physically expanding the school from just a 4-acre establishment to a 13-acre world class centre of educational excellence.

The expansion exercise saw, 35 new spacious classroom blocks added to the school, creating a total of 110 classrooms. With 110 classrooms and an installed capacity of up to 3,000 kids, each class has an average of 40 to 50 children and a teacher to pupil ratio of 1:25.

We also constructed a new sports centre, with a swimming pool, basketball and netball courts.

A new purpose-built pre-primary section with a capacity of 700 children and a day care centre with a capacity of up to 200 toddlers was built. A 2-kilometre wall fence was also erected around the 13-acre school complex to boost security and safety.

The expansion phase, was completed in 2012, making Kampala Parents’ one of the largest and most equipped educational centres with an installed capacity of 3,000 pupils in the upper primary school section and 700 kids in the pre-primary and day care sections.

With the physical expansion complete, the school also underwent several staff and management changes, so as to be able to support our new orientation of producing all-round and balanced children, but also meet stakeholder expectations.