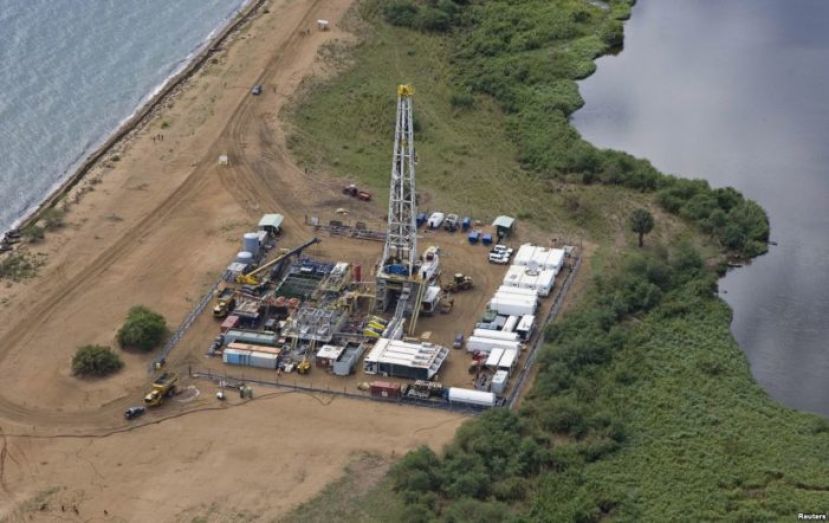 Uganda is planning to use water in the process of extracting oil from the ground by pumping the water into the oil wells which will displace the oil which will eventually migrate up the well.

However world over there is growing public concern of using water in the exploration of oil and in particular freshwater resources and waste water storage and disposal should be our concern.

Unfortunately the licensed oil companies in Uganda are planning to use the water from lake Albert and the Nile water to help them in the process of getting oil out of the ground, this is expected to reduce the Nile water levels to between 4 to 10 percent and this might bring about tension with the countries that share the Nile waters. However science asserts that oil and water don’t mix, but when it comes to oil and gas drilling, water and oil are practically joined at the hip.

A recent Colorado State University study showed that drilling and hydraulically fracturing a vertical well as Ultra’s initial exploratory wells will be takes an average of 387,000 gallons of water but production wells branch off the bottom of a vertical well and run laterally to access sections of oil bearing rock up to 5,000 feet away and they eventually take an average of 2.8 million gallons of water.

River Nile is a subject to political interactions with Egypt claiming it has a natural historical right on the Nile River, and principles of its acquired rights have been a focal point of negotiations with upstream states.

And the fact that this right exists means that any perceived reduction of the Nile water supply to Egypt is tampering with its national security and thus could trigger potential conflict. Egypt and Ethiopia almost went to war recently over Nile water when, Ethiopia started construction of a dam on the same river. Sudan also has hydraulic potential and has created four dams in the last century.

This has resulted in the development so far of 18,000 km² of irrigated land, making Sudan the second most extensive user of the Nile after Egypt. Egypt has such an agriculturally dependent economy which is dependent on virtual water imports, a strategy which may lead that country to attempt future water conflicts.

However it is important to note that disposing of wastewater is a costly challenge for drillers and at every step along the way, preventing groundwater contamination is the paramount concern for citizens and the National Environmental Management Authority. The cost of using advanced UV and ozone treatment technologies is disregarded of in our production plans and budgets.

Uganda needs to deploy the most sophisticated technology in the oil exploration to avoid biodiversity destruction since river Nile and Lake Albert are major contributors and connectors of the biodiversity of Uganda and conservation them would as well be very important not only for future generations but for mother nature as well.