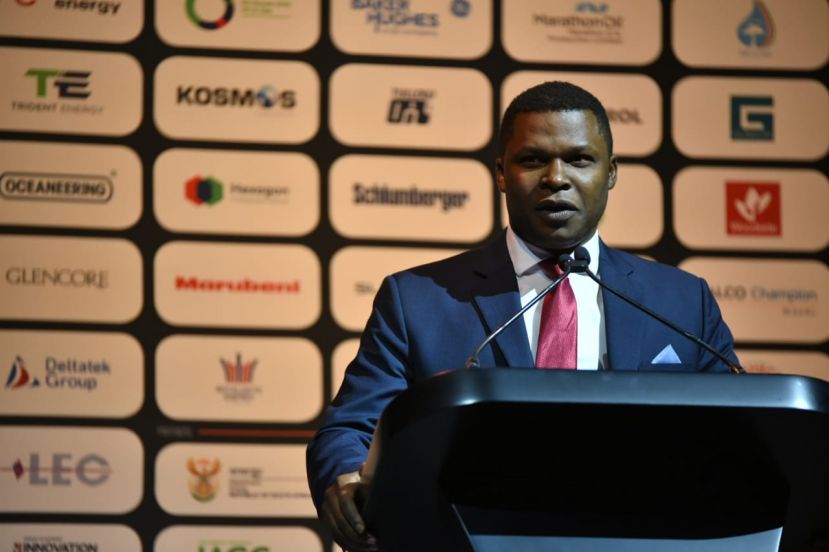 It is no secret that the DRC's mining industry is of vital importance in answering the country's and the world's mineral needs. Today, copper, cobalt and other byproducts represent the backbone of the DRC's economic structure at about 85% of its exports.

That has been the case for many years, through several regimes, with little change. Besides metals, diamonds and oil represent the remaining of all that the DRC sends abroad, the vast majority of its outbound trade balance being composed of raw unprocessed goods.

Standing in the 12th position amongst African oil producers, the DRC's petroleum industry is miniscule at best, producing an average of 25 thousand barrels of crude oil per day off its coastal ageing fields. But that seems rather odd.

While there is not much talk about this particular fact, when we think of it, it is somewhat perplexing that the DRC, which is bordered by so many oil producers and has territorial waters in the prolific Gulf of Guinea, has never really developed an oil industry or even seemed to be interested in developing one, despite its prospective reserves. With a population of around 80 million people, of which around 75%, most statistics indicate, live in extreme poverty, the DRC is today amongst the five poorest countries in the world.

One would expect that the country's leaders would strongly push for the exploration of the country's natural resources to produce wealth and provide for better living conditions for its citizens. Yet, the DRC's oil and gas reserves remain largely unexplored, while most studies estimate that there could be around 20 billion barrels of undiscovered oil in the country's basins, both onshore and offshore.

That is a tremendous amount of oil which, if confirmed, would place the DRC as the second biggest petroleum holder in Sub-Saharan Africa, behind only Nigeria, and far outdoing Angola's reserves of 9 billion barrels of oil.

First of all, keeping certain communities in poverty to retain power is a complete mistake. Power stability comes from generalized improvement of life conditions. If the country is wealthier and is capable of improving the lives of those that live in it, the more stable it will be and the more capable it will become of sustaining and giving continuity to that development.

Further, as I have extensively defended over the years, the sanctity of contracts is of paramount importance to attract investment and partnerships into any country. What company would want to invest in a country where a contract can be signed and then cancelled a few months later without further explanation or justification?

And it is not just a matter of reputation, but of direct financial burden, lest not forget that just in March this year, an international court ordered the Democratic Republic of Congo to pay South African DIG Oil Ltd USD$617 million for failing to honour two oil contracts.

That is 1.6% of the country's 2017 GDP. How can any leader possibly justify such a loss to its economy. Not to, again, mention the enormous economic potential that could come from actually letting those contracts take shape and allow companies to explore the country's oil regions.

Stability depends on investment, cooperation and development. To attract investment, conditions need to be created for the business environment to be enabling for industry development. Disrespecting contracts does not achieve that. Nor does keeping people from producing wealth.

Just in May, French super-major Total abandoned its exploration license in the DRC. Bloomberg's article on the matter was titled "Congo's Lone Oil Giant Quits Search, Partner Says". That's right, it was the last major oil and gas company to abandon the DRC's oil plays. Others had been there over the years, Shell and Texaco for instance.

About 10 years ago, Tullow Oil and partners tried to acquire a license for exploration, signed a contract, paid the bonuses, and saw the contract then cancelled and the same block then sold to yet another company just a few months later. Nothing has been done in the acreage since.

This is the absolute opposite of what must be done.

Oil and gas production can bring enormous wealth to the country and its people, not to mention the ability the country's gas reserves could have to produce electricity to power homes and industry.

Since January 2019, the DRC is led by a new government. It now has the opportunity to change the status quo of the DRC within the global oil industry and to promote investment. The country's oil and gas laws are fairly well developed and the potential for discoveries is huge; the problem is reputation.

If the country's leaders can reassure international investors that their contracts will be respected and if investments can be facilitated and transactions made transparent, there is little limit to how quickly the country's industry could grow and how much its people could benefit. Better living conditions across the country would ease ethnic and social tensions and provide the basis for a level of socio-economic development that the country has never seen before.

If the dependency on the volatile prices of mineral commodities continues, as well as the uneven distribution of wealth, and if the generalized situation of extreme poverty is sustained amongst the population, instability, rather than stability, will be the end result.

Further, the DRC has the opportunity to seek the help and support of international institutions and partners in developing its oil industry, such as the World Bank, the IMF or the Norwegian government, which have vast experience in helping other African oil producers. They can also seek closer proximity with the US, where most of the major companies with the capability, technology and capital to help develop their industry reside.

The US government also has an interest in promoting these developments in the DRC, as maintaining stability in the sub-continent and the Central African region is of particular strategic importance for US interests.

It is astonishing to me that the leaders in Kinshasa are not willing to look from their windows just across the Congo river to Brazzaville and want to emulate the steps taken by their neighbour, the Republic of Congo, currently the third biggest oil producer in Sub-Saharan Africa.

Finally, good signs are coming from the current administration. In April, at the latest Africa Petroleum Producers Association's Conference in Malabo, Equatorial Guinea, the DRC's oil minister announced the country would put 38 blocks on offer for bidding and negotiation, located in three different basins. This is an important step in order to call out investor attention to the country, and I applaud the initiative.

Hopefully the regime change, the country's adherence to the EITI, and the new block offer will help bring investment, but more will have to be done to reassure investors that entering this market will be a profitable and safe bet, and that their interests and rights are protected by the law.

I hope to see these developments happening soon and to be a witness to the fulfillment of the DRC's oil industry's full potential.

NJ Ayuk is the CEO of Centurion Law Group, a pan-African law Conglomerate and the current Executive Chairman of the African Energy Chamber (EnergyChamber.org), the voice of the African Oil and Gas industry. He is the author is the upcoming book "Billions at Play: The Future of African Energy and Doing Deals".

More in this category: « Unrealized Oil Promise Of Democratic Republic Of Congo Fate Of Russia's Impact In Africa Reliant On Continent's Ability To Make Better Deals »