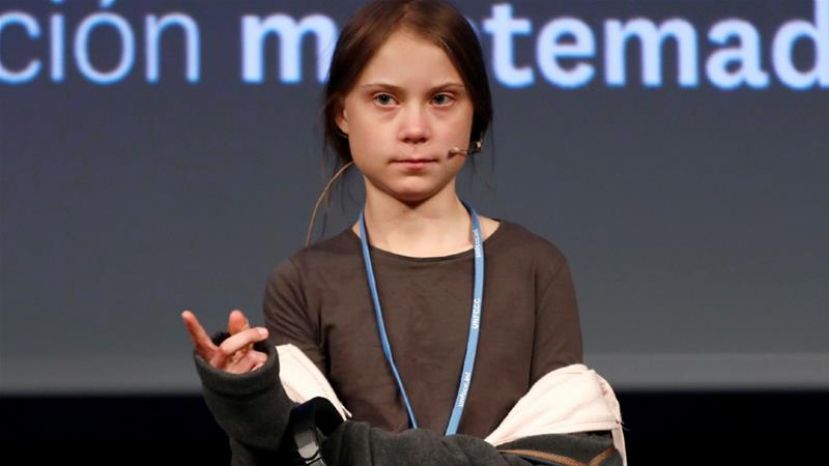 Most times in my language, we call this as Kwetera endobo-shooting ourselves in the foot!
On Wednesday, Greta Thunberg, the 16-year-old Swedish Climate Change Activist during the COP 25 in Madrid (climate change summit) challenged leaders at all levels about our commitments. Of course, we have not done much on climate change.
She rebuked us about having done nothing. I don't think that we haven't done anything. She was bitter, very emotional and challenged world leaders on having destroyed the environment and having cared less. Is it true that we have done nothing? The answer is yes and no.
Since we ratified climate commitment for a meeting that was held in Paris, we were meant to domesticate and come up with workable commitments. There is a climate change bill( not sure if this has been passed by our Parliament.
Of course, we have done some work such as creating awareness, but I feel that we can do more!
The journalists have written articles in the national media but there has been little debate on radio stations yet they're the most listened to media. Solar energy and clean cooking have been promoted but I feel we should do more. We must actually stop taxing clean energy technologies.
The car manufacturing industries are undergoing reforms to produce "clean" vehicles. Uganda is set to ban importation of second-hand cars. I want to live and see this actually happen. Campaigns have been on leaving the oil in the soil; but is this possible?
With infrastructural development which of course is meant to propel us (Uganda) to achieve Vision 2040 has to been done in a sustainable way. Unfortunately, we have destroyed carbon sinks such as forests, built-in wetlands. This will affect mostly the poor who can not afford medical care.
Just recently, in New Delhi- India, pollution levels rose up and this affected major sectors of the country such as transport, people could not breathe well and the health centres were overburdened. New Delhi is far. Our own Kampala has declared a polluted city. Increased cases of pollution have been reported, air pollution is real.
Recently, I  got a Safe Boda from Mutungo to Namirembe, but after navigating through, I felt my eyes irritating, could not breathe well. I really wished to breathe Hoima air. But I realized that the atmosphere has no boundary much as there are concentration levels of particulate matter, CO2, and other clorofrocarborns in particular places.
On a world scale, I feel that Africa has played her role. However, the west has acted as bullies and not willing to carry out reforms. Of course, on the negotiation table, we have come with little to offer and our arguments have been irrelevant for the West.
For carbon markets- why would they be paying us for the conservation of carbon sinks if they are unwilling to reduce carbon emission quotas? They do not want to invest in expensive clean technology, which is cheap in the long run!
The US has threatened to leave the  Paris Climate pact. This complicates the climate change campaign efforts. However, all is not lost because another major polluter (China) said it will reduce her carbon emissions.
Whether this is real or rhetoric, I do not know. But why would they (West) own oil companies extracting oil in Africa yet they preach to us about climate change? Why?
We can intensively campaign for subsidies on clean energy technology, create an environment better for our innovative young people.  Most importantly, we need to walk the talk or else the talk will walk us out forcefully.  Maybe we need to learn the hard way!
The writer works as a Programs Officer at Youth4Nature Uganda

More in this category: « Africa Should Be Allowed To Use Its Resources Can Uganda’s Oil And Gas Companies Contribute To Clean Energy Transition? »