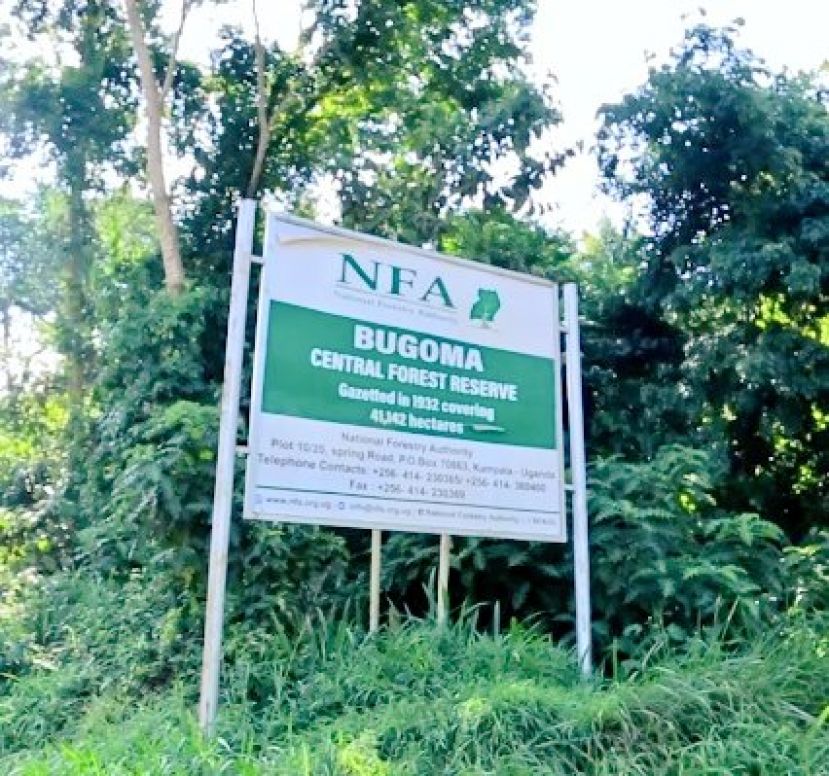 Bugoma forest encroachment has become a topic every year. Since last year, many individuals, companies, agencies, veterans and the Bunyoro kingdom have been accused of destroying the forest.

Several groups of people in Hoima, individuals and the Non-governmental organizations like SICU and Save Bugoma forest Campaign (SBFC), African Institute for Energy Governance (AFIEGO), Chimpanzee Trust Hoima and Oil Refinery Resettlement Association among others have been campaigning for the conservation of the forest but no action has been taken by government agencies like National Environmental Management Authority (NEMA).

Recently, a group of people in Hoima district wrote a letter to President Yoweri Museveni reminding him of their demands and what the president promised Bunyoro in his last presidential term. A number of demands were raised and one of them was to cancel Bugoma land title as a way of conserving the forest but no action has been taken.

Bugoma forest is being destroyed by companies like Hoima Sugar Limited which is carrying out sugar cane growing. Others destroying the forest are individuals and veterans carrying out lumbering and cultivation and oil companies carrying out oil related-activities.

The forest is under the threat by companies, individuals, veterans and oil companies which will endanger the biodiversity hence resulting to environmental degradation, climate change, human-animal conflict in search for space and food hence resulting to Fermin, Drought and floods among others.

The forest needs to be conserved because it is very important on the environment, people’s livelihoods and the country’s economy for instance in 2017/2018 tourism contributed 10% to the country’s national budget. It also provides local herbs to local communities, help in the rain formation among others.

The forest covers an area of 401km. It is found on an escarpment east of Lake Albert on the edge of the western rift valley. The forest is well endowed with a wide range of biodiversity, for instance, it has 465 species of trees, 359 species of birds, 2899 species of butterfly and 130 species of moths among others. Therefore, the forest needs to be conserved because of its importance.

It should be noted that human activities and the oil-related- activities will not replace the forest services. In addition, oil is going to be extracted for a few years and get finished but the forest will stay serving the environment.

Therefore, I call upon NEMA, National Forestry Authority (NFA), environmental policy and local leaders to operationalize new environmental laws that are going to stop people from encroaching on Bugoma forest because the forest is very crucial to environment, country’s economy and people’s livelihoods.

EMAIL: This email address is being protected from spambots. You need JavaScript enabled to view it.