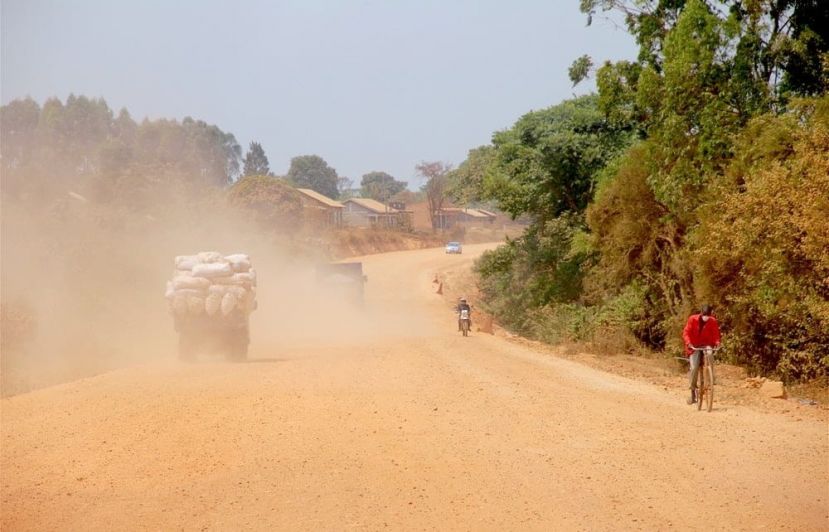 Reports indicate that the air pollution levels in Uganda have exceeded the World Health Organization (WHO) limit. The emerging evidence has linked the smoogy skylines being observed in several cities and towns across the country to high levels of pollution. The fear about the hazy skylines was worsened by the KCCA announcement that detected pollution several times higher than the World Health Organization normal range of 25 microgram per cubic meters.

Today, air pollution is the main responsible for environmental quality worsening in many cities all over the world, with adverse outcomes on people’s health. According to the last World Health Organization (WHO), more than 80% of people living in the urban context are subjected to air quality levels above the emission limits regarding air pollution. The primary atmospheric pollutants are carbon monoxide, particulate matter, nitrogen oxides, volatile organic compounds, polycyclic aromatic hydrocarbons, ozone, and sulfur dioxide. The increase in emission amounts of these pollutants is due to the rapid industrialization and urbanization of developing countries.

Figures from the Real Time Air Quality Index for Uganda measured on a 24-hour basis shows that air in Kampala oscillates between 70 for moderate to over 162, which is beyond unhealthy for breathing. The air pollution has reached worrying levels and exposes people to health risks such as respiratory tract infections. Several studies have linked mounting respiratory tract infections such as asthma and chronic bronchitis to air pollution. Research shows a connection between air pollution and lung cancer, and suggests it may contribute to childhood mortality.

According to a survey conducted by Makerere University College of Health Sciences, 40 per cent of deaths in Uganda are due to non-communicable diseases such as cardiovascular diseases, cancers, diabetes and chronic lung diseases. Yet if there is a malady lurking in the backyard, it’s the air we are breathing, an invisible death-trap that continues to afflict the health of thousands.

According to statistics from the Uganda National Bureau of Statistics, close to 50,000 vehicles make their way to the city every day. This makes a total of more than 150,00 vehicles alone in the city, a day, that is spread across 189 square kilometers. Many sources of urban outdoor air pollution such industries and vehicles are well beyond the control of individuals and demand action by cities, as well as national and international policy makers to promote cleaner transport, more efficient energy production and waste management. The latest urban air quality database shows that 98 per cent of cities in low and middle-income countries with more than 100,000 inhabitants do not meet WHO air quality guidelines. Air quality is measured by the amount of particulate matter it contains.

Therefore, for the country to mitigate the air pollution problem, many efforts have to be taken with the aim to decrease the pollutants emissions coming from people. Each citizen may contribute to the mitigation of air pollution through behavioral changes in their lifestyle as the reduction of energy consumption in transportation, households, and supply.

It is also well known that vehicle emissions contribute to air pollution. In this scenario, besides the implementation of increasingly stringent standards for vehicle emissions, the most effective policy is the promotion of the zero-emission vehicle. In particular, by using alternative fuels, respect to the traditional fossil ones, like electricity, bio-fuels, liquefied petroleum gas, natural gas, and solar, this kind of cars can produce lower concentrations of pollutants.