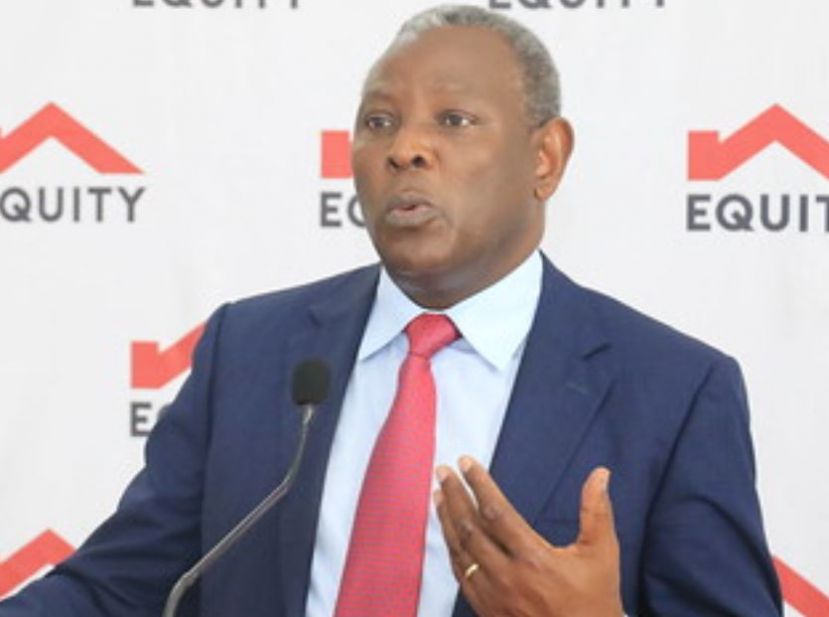 Financial services provider Equity Group Holdings, which operates the Equity Bank brand in the great lakes region, has weathered the COVID-19 disruption to register a 51% growth in its balance sheet with total assets growing to Kshs1.015 billion up from Kshs674 billion the previous year.

The growth delivered through both organic and merger & acquisition strategies saw the group become the first financial institution to cross the trillion shillings rubicon in East and Central Africa.

Net interest income grew by 23% to Kshs55 billion up from Kshs45 billion driven by a 30% growth on customer loan book and 26% growth in investment in Government securities.

Total operating costs grew by 67% to Kshs71 billion up from Kshs42.5 billion driven by a 496% growth in gross loan provision of Kshs26.6 billion up from Kshs5.3 billion in the prior year, increasing the cost of risk to 6.1% up from 1.3% the previous year. The higher loan loss provisions enhanced NPL coverage to 89%.

As part of the Group’s commitment to support lives and livelihoods, keep the lights of the economies on by avoiding massive disruption of economic activities, the Group accommodated Kshs171 billion of loans for customers whose repayment capacity was adversely impacted by Covid-19. This represents 32% of the entire gross loan book of Kshs530 billion.

As at 31st December Kshs40 billion of the restructured loans had resumed repayments and normalized. A deep dive review of the entire Kshs171 billion accommodated loans revealed doubts on the future viability and quality on Kshs9 billion of loans promoting the downgrade of the said doubtful loans to NPL (IFRS 9 Stage 3) increasing the NPL portfolio to 11% up from 10.4% as at 30th September 2020, and 9% as at the end of the previous year and closing the year with 23% accommodated loan book equivalent to 11% of the balance sheet.

The Group’s cost income ratio improved to 48.5% from 51.1% the previous year driven by improvement in cost of funds from 2.9% to 2.8% and enhancement of yields on government securities from 10.1% to 10.7% despite realization of capital gains on the securities trading of Kshs3 billion up from Kshs1.1billion the previous year and 117% growth of mark to market gains to Kshs7.4 billion up from Kshs3.4billion.

Yields on loans declined from 12.6% to 12.4% due to increased suspended interest on increased NPL book and change of loan book mix of local currency to US$ currency to 57%:43% from 64%:36% ratio in favour of the local currency as a result of acquisition and merger of BCDC in DRC and increase of 186% on cash and cash equivalent. The profit after tax contribution from the business outside Kenya grew to 28% from 18%.

The Managing Director and CEO Dr. James Mwangi said: “The previous global pandemic was the Spanish Flu which occurred in 1919, a century back, and hence the world had lost its memory and had to re-learn, adapt and adjust making 2020 an exceedingly difficult and challenging year.

Our corporate purpose of ’Transforming lives, giving dignity and expanding opportunities for wealth creation’ became the guiding compass of the organization’s essence on how to navigate through the crisis and the challenging environment. Our results and performance became a human story of resilience and determination to live an ethical human purpose.”