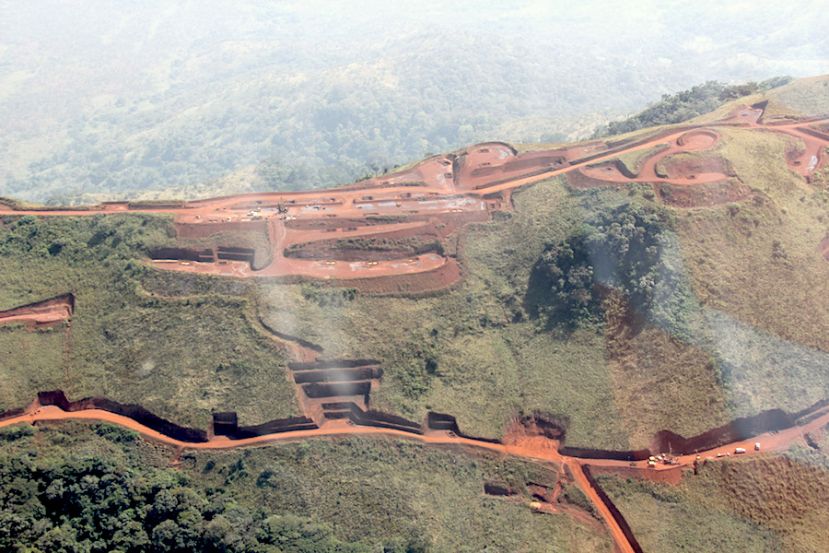 An Iron Ore mine in Guinea

The Government of  Liberia and Niron Metals Plc jointly announced the signing of a Memorandum of Understanding (MOU), regarding the passage through Liberia of iron ore from the Zogota iron ore deposit in the Republic of Guinea . The MOU relates to the use of existing rail and port infrastructure in Liberia.

The signing of the MOU follows the joint vision of economic cooperation, expressed by the leaders of the republics of Guinea and Liberia, H.E. President Alpha Condé and H.E. President George Weah, at a meeting held in Dakar on the 2 April 2019.

The Government of Guinea has already given authorisation for Niron to export material from Zogota in compliance with the Mining Code of the Republic of Guinea 2013.

The Chairman of the Liberian National Investment Commission, Mr Molewuleh Gray said: “This agreement opens a new chapter and supports the development of a world-class mining and logistics project for the benefit of the people of the Mano River Union.

“The Government will now initiate discussions with the railway and port concessionaire, relating to third-party access rights. Thereafter we anticipate accelerated tripartite discussions to commence”.

Sir Mick Davis, Chairman of Niron said: “This MOU is an important milestone in our plans to develop the Zogota project. We intend to complete our feasibility study within six months and continue to work with relevant stakeholders to bring Zogota rapidly into production for the benefit of all.”