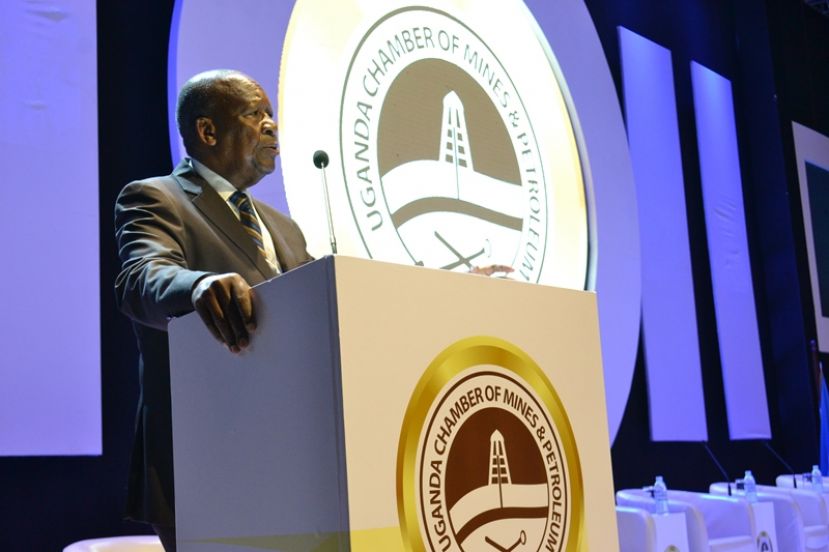 Stakeholders, especially investors, attending the seventh mineral wealth conference organized by Uganda Chamber of Mines and Petroleum (UCMP) at Kampala Serena Hotel have been told that Uganda as a s resource rich country has been under explored and should be in the next mining destination.

The conference which concludes tomorrow is running under the theme: "Eastern Africa: The continent's next mining and Investment haven,". The conference also has an exhibition center with over 45 companies showcasing their products and services.

Richard Kaijuka, chairman UCMP Board of Trustees in his welcome remarks emphasized that Uganda is endowed enormously with a variety of minerals but have been under explored. Even with this under-exploration Kaijuka said Uganda has a number of exciting mining project on going.

Zacary Baguma, the acting director geological survey and mines (DGSM) at the ministry of energy and mineral development (MEMD), revealed that Uganda has metallic minerals, industrial minerals, gemstones and geothermal energy which were confirmed after the 2007 airbone geophysical survey.

The airbone geophysical survey only covered 80 percent of the country, the 20 percent being Karamoja region which was omitted due to insecurity in the region then.

Baguma said mineral production increased between 2012 and 2013 but a ban on exportation of metallic minerals by government saw that performance go down in 2014 and 2015. A lift on the same ban is now seeing the minerals production go up.

Robert Kasande, the permanent secretary ministry of MEMD said after the coming into play of the mining policy, government is working on concluded the review of the mining act. HE said this process is expected to be over before end of this year.

He said the law will will streamline the licensing of miners, organize artisanal miners, address issues of gender inequalities and child labour, health and safety issues and value addition. On value addition, Kasande said will ensure risk reduction for investors.

To fully increase exploration and utilization of the country’s minerals, government is working with European European to prioritize development minerals under the ACP-EU programme.

He called on government to put in place the right policy and legislation to guarantee a condusive environment for mining sector to thrive. The ACP-EU supported the creation and passing of the mining policy, strengthens capacity for artisanal miners, promotes gender equality among others.