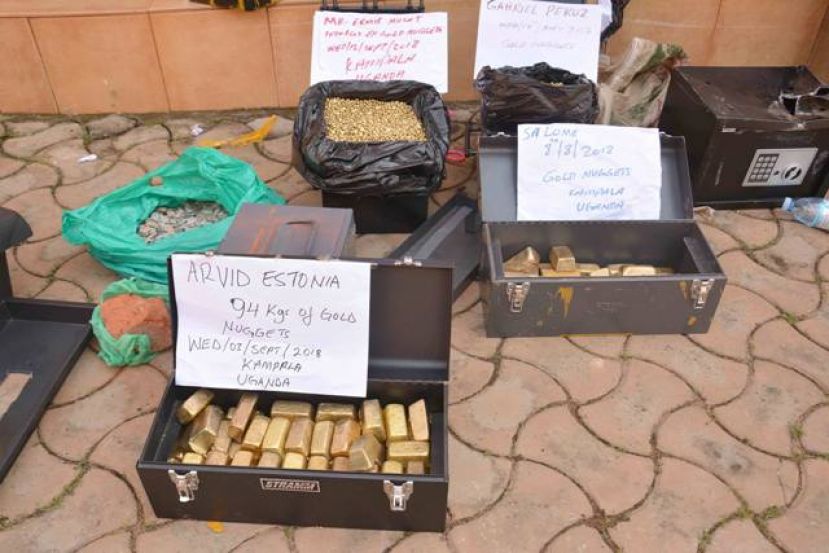 A team of security officers arrested people selling what is believed to be fake gold to a Chinese investor. Some of the arrested individuals were from DR Congo and Cameroon; working with Ugandan accomplices.

The Chinese investor indentified as Star Young was lured to travel to Uganda with the prospect of buying gold. Upon arriving in the country, he was linked to one James Byaruhanga, who said he had a company which deals in gold.

“It's alleged that Yang was showed two genuine gold bars which were subjected to test by a one Sayid Musanji, he was asked to deposit 83,000 US Dollars and then promised to return on the following Monday to pick the ready gold bar consignment,” police said in a statement.

On failure to provide the investor with the agreed gold bars, he then sought for assistance from authorities and a theft report was filed against them alleging he was defrauded of 100,000 US Dollars (about Shs370m).