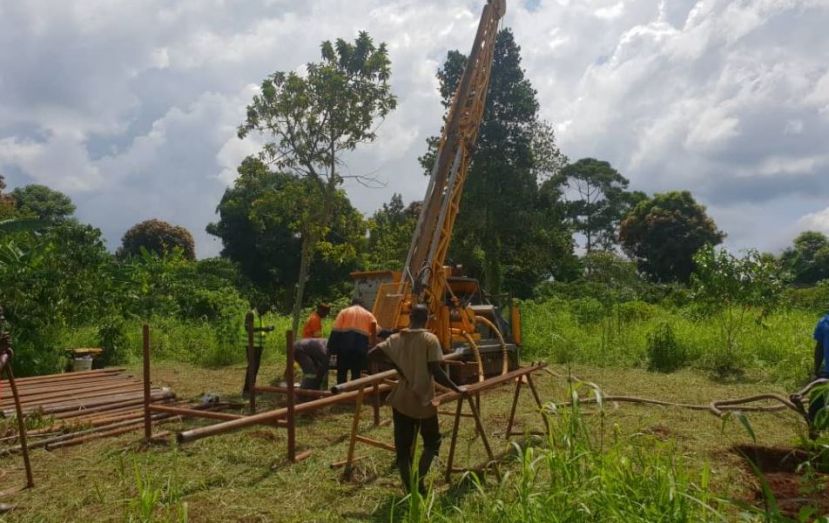 The Plan for Uganda participating in the Regional Certification Mechanism for Uganda has been developed for Uganda. The implementation of mineral certification mechanism is underway. This mechanism will enable Uganda trade its minerals at good prices.

President Yoweri Museveni has assented to a key law that will enable the certification of minerals dubbed as the conflict minerals. These are Tin, Tungsten, Tantalite and Gold (3Ts and G).

The presidential assent of the International Conference on the Great Lakes Region Bill (ICGLR Bill 2016) will enable Uganda participate in a regional certification mechanism to deal in the minerals. The Bill was passed by Parliament in May 2017 but has been waiting the ascent of Museveni.

A Regional Certification Mechanism (RCM) was developed in 2006 under the ICGLR to tackle the issue of conflict minerals. The RCM requires formalization of the artisanal and small scale miners to enable the tracking and certification of the minerals.

The Regional Initiative against the Illegal Exploitation of Natural Resources (RINR) particularly aims at breaking the link between mineral revenues and rebel financing.

In July 2010 the Dodd-Frank Wall Street Reform and Consumer Protection Act was voted by the American Congress and signed by President Barack Obama.

Section 1502 of the act requires companies to disclose whether any of the products manufactured or contracted to be manufactured by the company contains conflict minerals that originate in the Democratic Republic of Congo or any of the 10 adjoining countries including Uganda. It made it difficult to trade in minerals that were not certified to be conflict free.

International regulations require that the 3T and G minerals are certified as conflict free to ensure that proceeds from their sale are not used to fund conflicts and human rights violations.

As part of the Pact on Security, Stability and Development in the Great Lakes Region, which was signed by eleven regional Heads of States in Nairobi on December 15th 2006, the Protocol on the Fight against the Illegal Exploitation of Natural Resources outlines the actions that Member States have to take.

The main objective of the protocol was to ensure that minerals leaving the region complied with Organisation for Economic Co-operation and Development (OECD) guidelines.

OECD (Paris based organisation with membership of developed nations) guidelines provide measures to curb irresponsible sourcing of conflict minerals by consumers in the developed world.

Three Hundred Sixty Seven (367) samples were collected and analyzed. Geological studies have confirmed an area of 160km2 in Kibito, Fortportal for further follow-up and detailed studies to establish the Uranium potential in the area.

Thirty percent (30%) of the current mineral map of Karamoja has been updated by carrying out ground geological and geochemical surveys. New mineral targets of tourmaline, gold, wolfram, tin, columbite-tantalite, beryl, zinc, cobalt, nickel and chromium and potential of black sands that host heavy metals such as magnetite, ilmenite and rutile have been discovered from geological mapping and geochemical surveys done.

More minerals are anticipated to be discovered after the planned airborne surveys have been carried out in the region followed by carrying out geological mapping, geochemical surveys and ground geophysical surveys.

Government is making follow up on mineral targets for mining and industrial development. The projects are being promoted for both public and private partnership (PPP). The projects include those of: i) iron ore; ii) nickel-platinum group metals (PGMs); iii) nickel-copper-lead; and iv) Busia gold bearing zone.

The company has so far constructed buildings to house staff and workers plus putting in place an administration block and a dining hall. The company has also carried out geotechnical site investigations and established the type of soils where the plant is to be set up.

Earthworks and grading of the site are now underway and pre-fabricated plant machinery for the first phase has arrived in the country. All plants, including the steel mill, are expected to be in operation by December 2019.

So far, over 150 skilled Ugandan workers have been employed, and the number is expected to rise to over 1,000 by December 2019 when the plant is fully operational.

A follow-up on targets that were identified by airborne geophysical surveys. The ground geological and geochemical mapping that were conducted resulted into new discoveries of iron ore resources in Nyakarambi, Kitunga, Kashambya Kitojo, Kobutare, Katagata in Rukiga  District. The study has confirmed the Iron Ore Resources in the Rutenga Magnetic anomaly.

Government stopped all illegal mining activities in Mubende District and a Mineral Protection Police Unit was put in place to curb any further illegal mining in the country.

In line with the new mineral policy and mining legislation, the Ministry in collaboration with the National Identification Registration Authority (NIRA) will biometrically register all artisanal and small scale miners (ASMs) in the country.

The Sub-sector is upgrading its Mining Cadastre and Registry System (MCRS) to an e-government based mineral licensing system for a three-year period.

In preparation for the transition from a paper-based to an online system, the Subsector in collaboration with NITA-U is now hosting the cadaster system in the cloud, and is in the process of securing an MoU with URA to develop an online payment transaction portal.

REVIEW OF THE MINING REGULATIONS, 2004

The Subsector is reviewing the Mining Regulations, 2004 to effect the transition to an online system. The International Conference on the Great Lakes Region (the implementation of the Pact on Security, Stability and Development in the Great Lakes Region) Bill No.16 was assented. The ICGLR Act, 2017 is being implemented by the Ministry towards issuance of the first certificate for certified designated minerals from Uganda.

The Sub-sector has trained inspectors and developed inspection manual, inspection template, export procedure and is now developing regulations to enforce the Act. The Sub-sector monitored and inspected mining activities in the country to promote the application of environmentally friendly technologies and methods in mineral exploitation, and ensure adherence to health and safety regulations.

A total of 716 Mineral Rights (licences) were issued to promote mining investment. The Ministry also provided extension services and carried out awareness campaigns targeting small-scale miners through their associations so as to legalize their operations.

The Sub-sector is up-grading the mineral laboratories to become the main analytical and beneficiation centre. Equipment and consumables for the laboratories have been procured and maintenance carried out. The up-graded laboratory will provide a capacity to analyze materials for geological, hydrological and environmental studies.