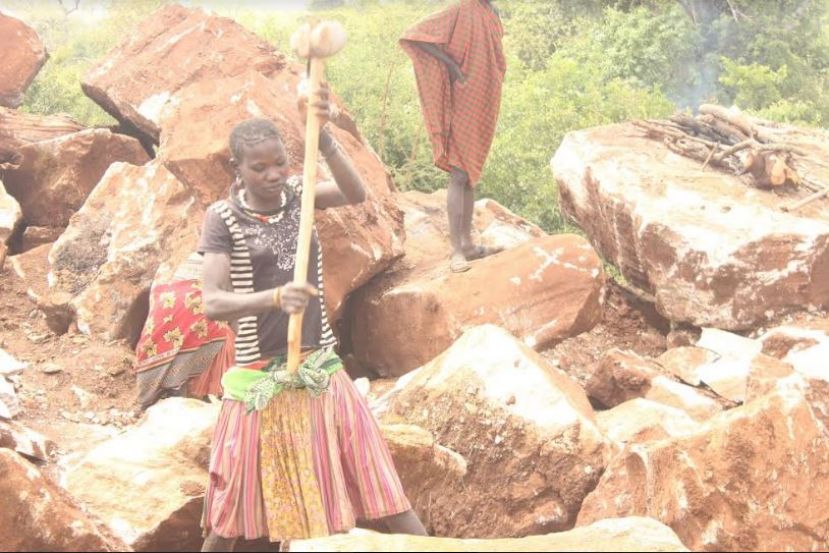 There is need for collective responsibility among stakeholders to curb child labour within the mining sector in Moroto district, Emmanuel Tebanyang, the Policy Analyst of Karamoja Development Forum (KDF), recently told tourists on a study tour in the area.

He reveals that demand for children to work in the mines has seen toddlers not go to school. Children as young as seven years are employed in the mines, reports say.

He further disclosed that in areas where elementary mining is being done, children are engaged in hard labour activities for a small commissions.

This mostly happens in limestone quarrying sites in some sub counties of Moroto district.

Tebanyang said in the sub-counties of Katikekile and Tapac where Tororo Cement gets its limestone, children toil beyond their age and physical limits.

“Unfortunately this has not translated into wealth for the abused children,” he said.

He further told journalists who were on a study tour organized by African Centre for Media Excellence (ACME) that there is need to involve all stakeholders to reduce child labour in the mining industry.

According to Majory, when a child is caught working in the mines, his or her parents are arrested and sentenced for community service.

“However much we have put bylaws as sub-county, we still have problem of enforcement. Because of this enforcement gap, some children have gone back to the work in the mines,” Majory revealed.

Majory called out his peers in the sub county to work together as a unit and share information to better position themselves in fighting against child labour in Rupa sub county and Moroto district at large.

David. A. Omido, the Logistics and Utility Manager at Tororo Cement, refuted accusations that the cement manufacturer employees kids in the limestone mines.

He rather claimed that parents employed by the company come with children in the mines. He said the children are made to sleep in the mines but don’t work.

Omido divulged that Tororo Cement is doing a feasibility study to inform its final investment of constructing a cement factory in Moroto district.

“We are still seeking to understand whether the available limestone deposits are enough and of good quality to sustain cement the factory.” Omido narrated.