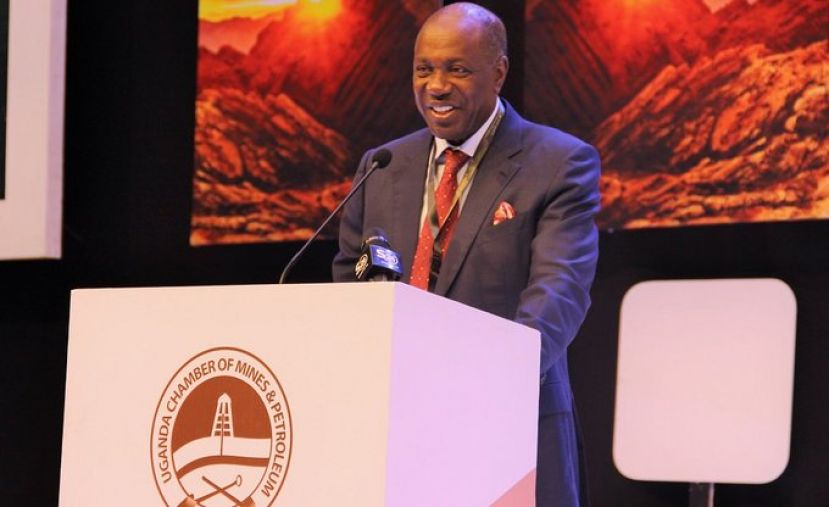 A request by Uganda Chamber of Miners and Petroleum (UCMP) to have the government set up a Minerals Development Authority is certain to hit a dead end after Eng. Irene Muloni, the minister of energy and mineral development told Earthfinds that this will be duplication of roles now being undertaken by the line ministry.

Elly Karuhanga, the chairperson of UCMP Council while speaking at the closing of the 8th Annual Mineral Wealth Conference at Kampala Serena Hotel, in the presence of Eng. Muloni and Edward Ssekandi, the vice president of Uganda, requested that the two government officials spearhead the formulation of an Authority that will oversee the minerals sector.

According to Karuhanga, the mining sector is not getting the deserved attention from the government, unlike other sectors. “Why do we have just a unit? What has stopped us from having a mineral development authority? If we had an Authority, the attention (to offer licenses) would be taken away from minister,” Karuhanga said inquisitively.

However in an interview with Earthfinds, just after the closure of the two-day conference, the energy minister said this will not be possible because the government is focused on setting up a national mining company, which itself was requested for by the Chamber to protect the country’s business interests in the minerals sector.

“In the draft law, we are looking at a mining company; that is what they requested earlier on at the same mining conference (Ed. the 7th annual mineral wealth conference of 2018). They have been saying why don't we put in place a mining company so that it is also able to participate in the mining sector tells,” Muloni said.

The minister emphasized that with the coming into existence of an online licensing system, putting in place an Authority will duplicate roles and present a cost burden to run that Authority.

“If you are looking at an Authority for regulation that means you have to provide for it. Recently, you heard, the government was trying to rationalize by merging some of these Authorities because a lot of money is put in there,” she said.

"We will try to minimize expenses by putting in place structures that are able to manage the sector effectively. And now that we have gone online, the systems are going to control and manage the whole mechanism," she added.

She explained that the minerals unit at DGSM takes up the responsibility of supervising the mining sector – to follow up and monitor what the investors are carrying out and if they are they doing it in accordance with the licensing condition.

Unfazed, Karuhanga said they are seeking to meet the cabinet to have the matter addressed.

The conference held under the theme ‘creating an enabling environment for mining in Uganda’ attracted local and international members of the private sector, policymakers and members of civil society.