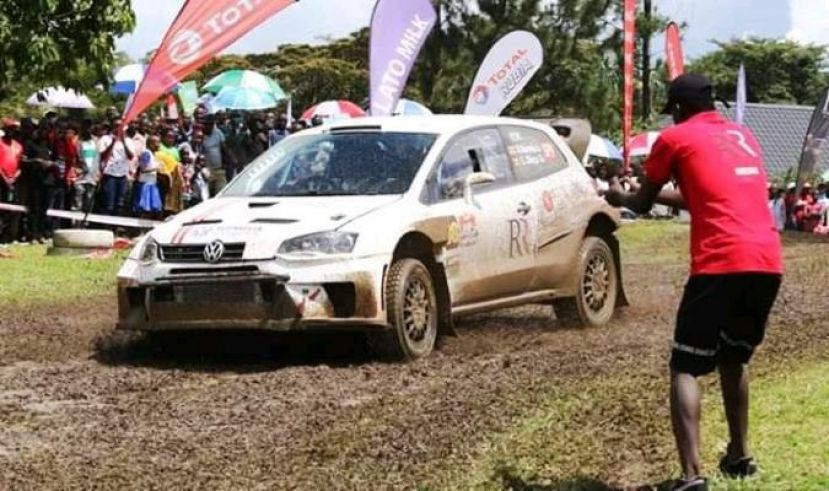 A fan cheering Rajiv Ruparelia in Hoima over the weekend

Rajiv Ruparelia and his co-driver Enoch Olinga secured their second consecutive victory in the Clubman Rally Championship (CRC) over the weekend at the Kabalega Rally held in Hoima district.

Rajiv not only topped the CRC, but he also fought for stages times with National Rally Championship (NRC) drivers leading the event by the time he completed his event percentage.

Rajiv finished the event in a time 01:09:37 and making a big statement that he is there to stay.

Immediately after claiming his position, Rajiv, a new entrant in Uganda’s motor rally sport, revealed that he is poised on challenging ace rally driver Arthur Blick Jr in the NRC next year.

For his exploits in motor rally sport this year, Rajiv was recently recognized at the India Day with the Indian Achievers’ Award 2019 for the Upcoming Sports Personality award.

“I decided to join rallying just to feed my strong passion for motorsport. But also I want to have fun. And rallying is not something you just wake up and take on. I decided to join a rally school to get myself equipped with some experience,” he revealed recently.