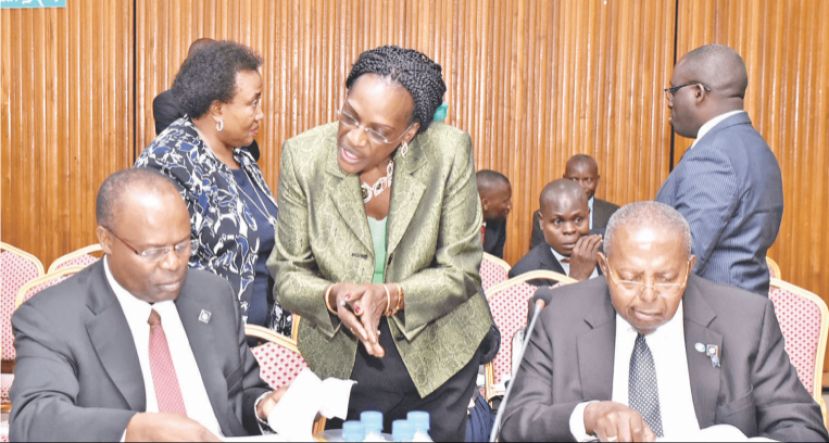 The initiative by a coalition of several youth activist groups including The Uganda poor youth movement, Sauti ya Vijana, Red Top Brigade, Youth Power Research Uganda among others launched a public campaign dubbed #MyHandsAreClean, to highlight the dubious deals in government and all corrupt officials.

The campaign seeks to attract the attention of President Yoweri Museveni who they want to lead his administration and follow up on the Parliament’s Cosase report that was presented to the House in November 2019 recommending that the Central Bank officials involved in the sale of loan portfolios of the seven defunct banks be held liable and punished accordingly.

Zahid Ssempala, the coalition’s national coordinator. taking a cautious stand on the rampant corruption scandals in the country, said the campaign will expose and fight corruption so as to save tax payers’ monies and bring those involved in same to book.

“The youth activist forums have been taken aback by the rampant and increasing corruption scandals where the perpetrators have seemingly avoided being brought to book by use of their connections to the respective government offices which are meant to investigate and charge them or by virtue of being powerful and untouchables,” Ssempala told journalists in Kampala.

However, the group who also accuses the President of “shielding” the “corrupt” officials at Bank of Uganda even when the Cosase report pinned them on a number of wrongdoings, says the president is not doing much to fight corruption, alleging that some people is Museveni administration are trying to be above the law while people of Uganda are feeling “betrayed” in this “queer situation”.

“We as Youth Activists further wish to thank and recognize the institution of State House Anti-corruption Unit head by Lt. Co. Edith Nakalema for always heeding to their calls and following up on all cases of corruption as reported,” Ssempala said, asking president Museveni to not only come up with campaigns but also to act on corrupt before more investors run away.

“Youth Activists through their respective forums have on several occasions written to various offices in its bid to fight corruption but even these offices have instead smouldered the corrupt officials such as the office of the Inspector General of Government and the office of the Director Public Prosecution which have the mandate to follow up whistleblowers’ complaints and petitions but the same has been in vain.

“We on several occasions wrote about corruption scandals including but not limited to; the URA/AG 6 billion handshake saga, the illicit acquisition of wealth by Mrs. Justine Bagyenda, the wrongful sale, abuse of office and procedure and corruption by Bank of Uganda officials while selling off several commercial banks, the Bank of Uganda- Mpanga issue of payment of unwarranted legal fees, the failure of IGG to fulfill her mandate by shouldering corrupt officials, the blocking of criminal charges by the Director CID which explains why to date no criminal case has issued against the Bank of Uganda corrupt officials even when the whole country followed the COSASE proceedings and saw all the glaring evidence against the said officials. Surprisingly, only small fish like those involved in the siphoning of monies at the different Bank of Uganda branches were arrested in a bid to divert the nation from the bigger fish who have swindled billions and billions but still moving scot-free, said Mzee Julius Bwanika, the group’s publicity secretary.