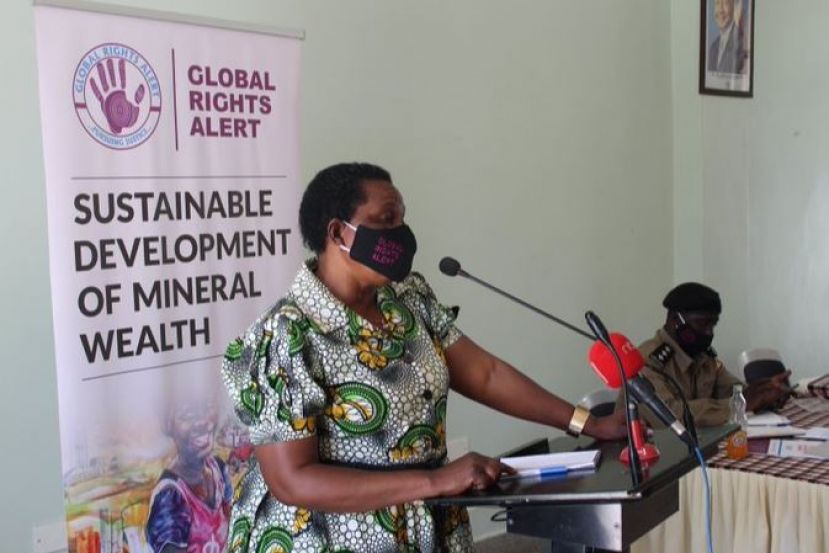 Karamoja is one of the regions in Uganda that is well endowed with a variety of mineral resources but artisanal miners in the area are saying that they are not benefiting instead mining companies that have invaded the area are the ones enjoying.

Indigenous groups are now advocating and calling for their involvement as they claim that most of the region’s minerals have been of a benefit to mostly outsiders.

"It is good that we are discussing issues of Karamoja in Karamoja. As a district, we struggle with big companies over loyalties. We need to have adequate answers,” Charles Oluba Kumakech, the Chief Administrative Officer (CAO) Moroto district.

This and many other questions were raised on Wednesday during the Karamoja Region Stakeholders Engagement on EITI and Mining meeting that was organized by Global Rights Alert and partners under the theme “fostering regional development through mining”.

The meeting was attended by small scale artisanal miners, large scale investors, the district leadership and members of the press from mineral affected communities in Karamoja to discuss issues affecting them & the EITI standard. Uganda recently became a member of the EITI.

Karamoja has minerals like gold, limestone, uranium, marble, graphite, gypsum, iron, wolfram, nickel, copper, cobalt, lithium & tin but the communities have many unanswered questions regarding quantities of mineral deposits, revenues earned and the names of holders of mining licenses.

"The Karamoja region has a problem with perceptions in the community. One kilo of gold leaves Amudat district every month without being taxed. We need to start questioning what happens around us if we are to benefit from our minerals," Sophie Nangiro of Safer World Uganda said.

However, Gerald Eneku from the energy ministry explained that loyalties can only be remitted if there is documentation of the production of minerals. However, there is a challenge of traceability of loyalties because there is usually no clear report of how much companies produce," he said.

In response, miners in Karamoja said that since it is hard for landowners and local leaders to trace for these loyalties; the energy ministry that issues the mining licenses should do it because they know these people and how much they produce.

More in this category: « Muloni Downplays Need For Mineral Development Authority Why Artisanal Gold Mining Need To Shift From Mercury To Borax Use »