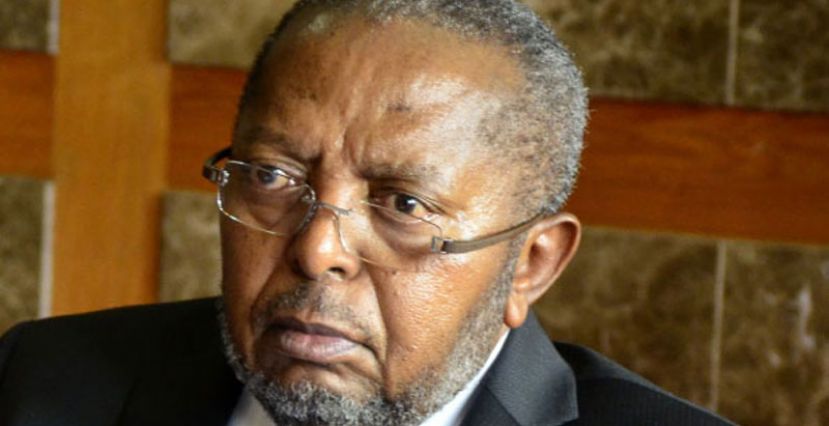 Bank of Uganda (BoU) lawyers led by Margaret K Kasule have implored their boss, the governor, Prof. Emmanuel Mutebile to personally reach out to the Attorney General William Byaruhanga asking him to urgently constitute a team of excellent government lawyers to join them in arguing and prosecuting their anti-Sudhir Ruparelia appeal case in the Supreme Court, Mulengera News reports.

The Central Bank appealed to Supreme Court (which has set January next year as the date to commence the hearing) after losing in both High Court and Court of Appeal where the judges held that BoU had to get out of the Crane Bank Ltd (CBL) matters since their receivership period had ended in January 2018.

BoU getting out at the end of the receivership period leads to only one outcome and that is Sudhir Ruparelia moving in and resuming the directorship and shareholder status over CBL.

Indeed, many legal experts assert that once the receivership period ends, whatever remains of the company reverts to the original directors and shareholders who indeed continue to legally dispute BoU’s insistence to keep their company under receivership (which they assert technically ended upon the sale of CBL assets to DFCU bank).

This is something the Bank of Uganda lawyers are up against and it’s the reason they are in Supreme Court (where Ruparelia floored their application last Monday seeking to prevent him from writing to URSB) to overturn the two lower court decisions. Claiming Sudhir (who recently wrote to URSB seeking to be reinstated and others as Directors/Shareholders of CBL) is a very dangerous man, BoU lawyers are pressurizing Mutebile to consolidate the central bank’s legal representation in the Supreme Court by leveraging on the large reservoir of very experienced lawyers resident in the AG chambers.

In her 27th October 4 page brief to the governor, Legal Counsel Margaret Kasule demands that her boss Mutebile urgently secures a meeting with the AG personally to which the veteran economist from Kabale is advised to carry some members of the BoU legal team so that their point (seeking some legal support) is adequately emphasized to the AG.

Mutebile is implored to realize the importance of dealing with nobody else at the AG chambers but the Attorney General himself because the Sudhir matter is urgent and sensitive. Kasule references to an earlier board resolution directing management to reach out and solicit legal support from the AG chambers.

At the AG, Mutebile is advised to engage “the highest office [implying the AG himself William Byaruhanga]” because Supreme Court being the apex in the hierarchy of courts, there will be no other way out in case Sudhir’s KAA lawyers once again floor the Central Bank.

Saying their views on the matter are consistent with the independent legal opinion previously obtained from external lawyers of Shonubi & Co Advocates, the BoU lawyers also advise their boss to urgently constitute an anti-Sudhir task force comprising of members from BoU’s legal department, commercial bank supervision department and that of Board Affairs.

Kasule advises that this task force should urgently trace, label and put together all key documents relating to insider lending loans at CBL, progressive supervision reports, MoUs, capital calls and exhibits/documentary evidence corroborating the contents of the forensic investigations report that was compiled by PWC.

All this preparation is justified by Ms Kasule as very necessary to prepare for multiple legal actions they anticipate Sudhir Ruparelia will be commencing in future the moment he succeeds in getting URSB reinstate him and others as directors and shareholders of whatever remains of a company called CBL.

In the same memo, Ms Kasule implores Mutebile to realize the need to urgently preserve and centralize custody of all documents relating to CBL’s assets that are remaining. She also reminds Mutebile of her May 2020 written advice demanding that whatever remains of CBL be escalated into liquidation ostensibly to protect pending creditor claims which she doesn’t disclose.

That unless this liquidation process is fast-tracked (and a liquidator appointed), Sudhir could move faster leading to a situation where BoU (acting as CBL) wins in vain should Supreme Court Justice agree with them and overturn the pro-Sudhir decision in the Court of Appeal. Saying progressing the situation into liquidation won’t in any way amount to prejudicing the appeal process before the Supreme Court, Ms Kasule says this is something the Governor ought to urgently authorize.

She informs the Governor that hers is a prudent proposal since even the Central Bank’s external lawyers of Shonubi & Co Advocates had previously independently advised on the same progression. She also advises Mutebile to authorize the hiring of an external debt collector to recover the money that remain uncollected from officials that borrowed it from CBL under insider lending.

The same role had previously been assigned to BoU’s department of Bank Supervision whose performance or progress thus far Ms Kasule doesn’t seem to be comfortable with. She says there is need to urgently establish how much has been collected or recovered so far and what is pending. “It’s critical that the process of collection is pursued to avoid being caught by the law of limitation.”

The powerful BoU Legal Counsel also registers her frustration with the fact that the Ruparelia legal team members have had to create an impasse while using “legalistic arguments to tie the hand of the Central Bank while attempting to change the status quo to render a favorable [eventual] Supreme Court ruling nugatory.” She advises the best way to circumvent such “legalistic arguments” is by progressing CBL into liquidation so that a Statutory Manager, Receiver or Liquidator can be appointed to take up the rest of the matters in the name of what remains as CBL.

Ms Kasule (who no longer has many private eminent law firms to bring on board because majority private Kampala lawyers have previously worked for or represented the Ruparelia Group whose Principal technically used that history to overcome would-be strong BoU legal representation by Bowman’s Uganda and MMAKS) comes off as clearly desperate to have Mutebile prioritize the need to personally talk to the AG so that the Central Bank’s legal team gets strengthened ahead of the Supreme Court proceedings slated for early next year. The need to bring the AG on board is something she conspicuously emphasizes in her memo.