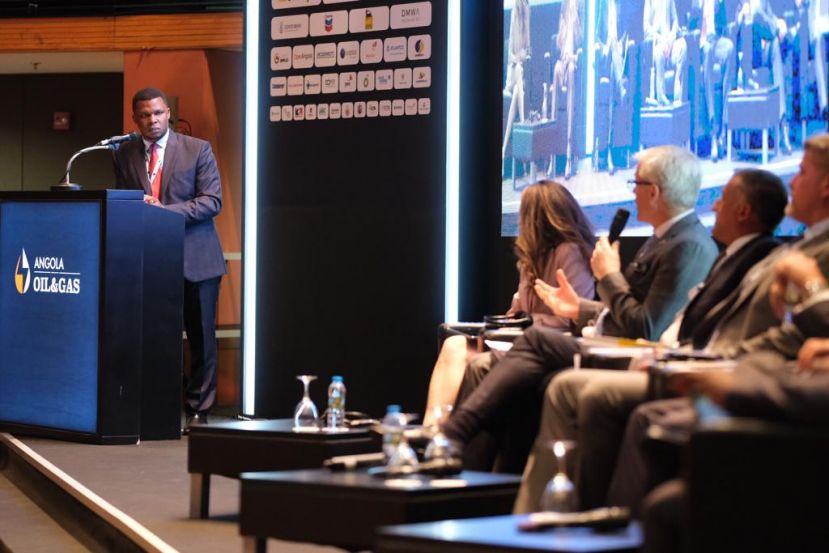 Angola is at the centre of global energy deals this week as its capital Luanda hosts a plethora of global CEOs and energy investors, and over 1,000 oil industry stakeholders at the Angola Oil & Gas 2019 Conference, organized by Africa Oil & Power.

The summit was open by President João Lourenço, who highlighted the various reforms made by his administration to revitalize the industry and insisted on the role of gas monetization to spur industrialization and economic growth.

The spotlight was given to exploration on an exciting panel sponsored by Schlumberger and moderated by NJ Ayuk, Executive Chairman of the African Energy Chamber and CEO of the Centurion Law Group.

The "Restructuring and Remodeling of Upstream Angola" panel gave the opportunity for leading Angolan and international executives to look at the status of current exploration efforts globally amidst reduced spending and decreasing production across most African oil producing nations.

Proof that exploration in Angola is a rewarding venture, ENI's Executive Vice President talked about finding close to 2 billion barrels of oil in the country over the past 12 months with two major discoveries.

"Continuous belief in exploration and its ability to create and transform industries really matters," Guido Brusco said. "Our recent discovery in Block 15/06 is a testament to the potential Angola has to yield world-class discoveries in the coming years."

The series of reforms enacted by the Angolan administration since 2017 has also been lauded as the result of a purpose-driven government focused on restoring investors' trust. "What the Angolan government has done over the past years is nothing short of a revolution," declared Stephen Willis. "We are witnessing a complete revitalization of the contractual and governmental framework which will show up in the form of increased market activity."

Equinor's comments on the importance of competitive tenders, attractive acreages and well-negotiated contracts echoed previous statements from Angolan Mineral Resources and Petroleum Minister H.E. Diamantino Azevedo, who highlighted the landmark reforms made by his government to boost exploration.

These notably include a new oil-licensing strategy until 2025, new fiscal terms for the exploration and exploitation of marginal fields, and the establishment of the National Agency for Petroleum, Gas and Biofuels (ANPG) as the country's new concessionaire.

Exploration has overall remained a key theme throughout the day. "Angola has generated tremendous excitement for upstream opportunities," said Africa Oil & Power CEO Guillaume Doane. "New entrants are looking at acquiring licenses and existing operators have renewed their commitment to the country. These are concrete first steps in Angola's quest to reverse oil production decline."

Equatorial Guinea's Minister of Mines and Hydrocarbons, H.E. Gabriel Mbaga Obiang Lima, had also earlier emphasized on the need to not only conduct regular bidding rounds and award blocks, but to drill.

"The world's two largest producers, the United States and the Russian Federation, have built their industries and maintained themselves at the top because they never stop drilling," he declared. "In Africa we need drill or drop policies."

Equally significant was the discussion that NJ Ayuk launched on the empowerment of women in the oil & gas industry. In the presence of First Lady Ana Afonso Dias Lourenço and Pam Dawin, Vice President for Africa at ExxonMobil, operators on the panel made strong commitments to encourage more diversity in their workplace by skilling women and promoting them to leadership roles.

As exploration intensifies in Angola, the Chamber continues to believe that when governments and oil companies work hand in hand, the right reforms get implemented and discoveries are made.

Such a dialogue has renewed spark in Angola where lots of companies and investors are now ready to invest and explore. The Chamber is determined to continue being a strategic partner of Angola and its oil industry, and advocating for better practices for the industry.