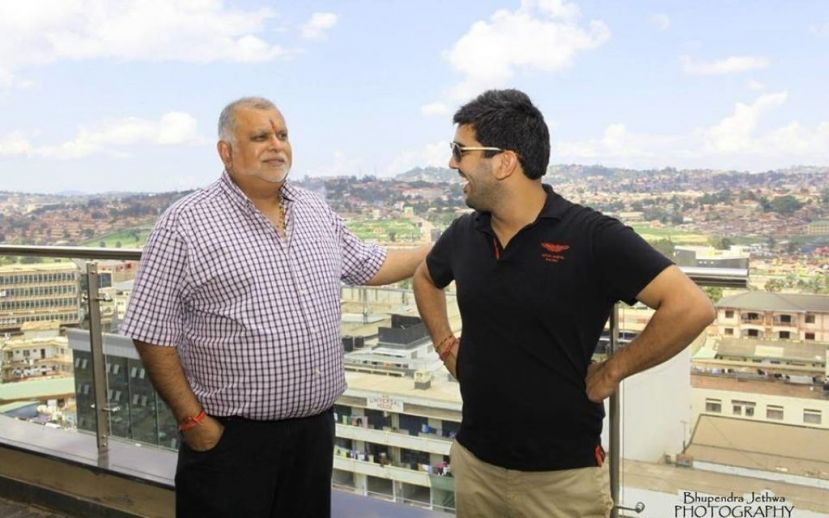 The reasons why businessman Dr. Sudhir Ruparelia chose his only son Rajiv Ruparelia to steer the Ruparelia Group business empire are beyond bloodlines.

Rajiv, who celebrated his 30th birthday on 2nd January 2020, was drafted into the senior management positions of Ruparelia Group at an early age just when he had completed his business degree from a London university.

He has since risen to the position of managing director and his father, arguably the richest man in Uganda has no regrets but only proud of his decision to let Rajiv learn how to do business and run the family business.

As managing director, Rajiv manages investments the Group has injected in various sectors. He has also seen these portfolios grow and expand. The Group has investments in real estate, horticulture, finance, hospitality, broadcasting, and education.

He is the youngest chief executive managing a business valued at over $2bn. This makes Dr. Ruparelia happy. The old Ruparelia told CEO East Africa in an interview that Rajiv’s intellect and hunger to succeed pushed him to relinquish administrative powers to the son.

“One of the biggest problems in a family business is succession. In succession, the first obvious choice is your family members. What we tried to do is mould him into business, work with him and guide him at an early age.

“The important thing is that Rajiv is intelligent, he has got his own hunger for success, and by 27 years, we felt it was the right time for him to join the business.

“He is very hardworking and dedicates time to the business. Now he has also taken on motor rallying and you can see his hard work there too. He has won almost all the races he has participated in, in just under 6 months of joining the game.

“As long as he balances the business with rallying and the businesses do not suffer, then we do not have any issue. Otherwise, things are going according to our goals and plans and we are moving forward.”

“I think everything has worked out very well for him. Three years down the road, we have successfully put up a lot of investments in the country. Rajiv has successfully overseen the construction of Kingdom Mall, The Cube, Kitante Apartments, Hardware Plaza, Market Plaza, Electrical Plaza, and Kampala Boulevard.

“We have started putting up 269 apartments hotel at Kabira Country Club; it has just started hopefully in 2 and a half years, it will be completed. Rajiv has managed all these. There are more than 10 other buildings in the pipeline and the projects are ready to take off also supervised by him.” Dr. Ruparelia told the CEO.

More in this category: « DFCU Bank Loses Founding Shareholder After Shares Trade Off Kasekende Troubled By Uncertain Future At Bank Of Uganda »