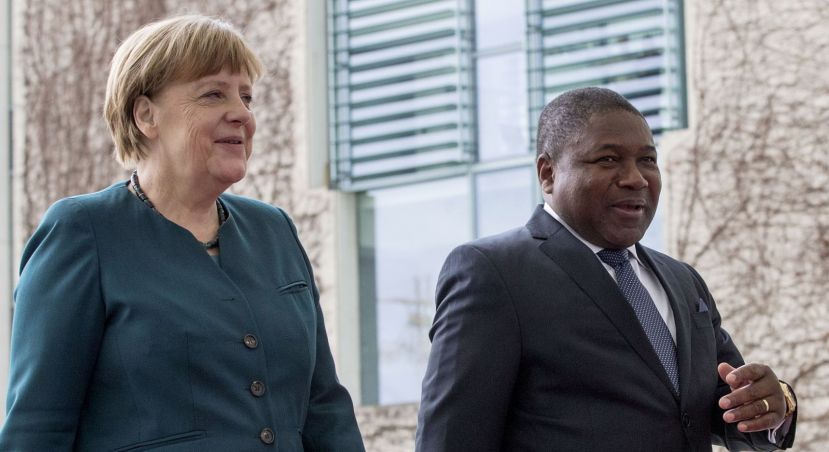 Germany's economic commitment to Mozambique will further be strengthened as the Germany Africa Business Forum embarks on a three-day trade mission to encourage, promote, and facilitate trade and investment between German businesses and a growing Mozambican economy.

German investors will visit Mozambique during the Mozambique Gas & Power (MGP) 2021 Conference & Exhibition taking place on March 8-9, 2021, an incredible opportunity organised by Africa Oil & Power (AOP) in partnership with Mozambique's Ministry of Mineral Resources and Energy (MIREME) and the Government of Mozambique.

The GABF further congratulates H.E. Filipe Nyusi, President of Mozambique for his selection as Africa "Person of the Year" for 2020. "Thanks to the leadership of His Excellency President Nyusi, Mozambique is on the verge of becoming an international player in the global energy market, and the GABF calls on German investment and technology to play a part in this transformation", stated Sebastian Wagner, Executive Chair of the GABF.

The investor mission provides German investors an opportunity to engage with key Mozambican businesses and political stakeholders. The goal of the investment roadshow is to deepen German-Mozambican relationships in light of Mozambique's recent discovery of substantial natural gas fields, largely considered a game-changer for the country and its people. Natural gas in its liquefied form (LNG) is a clean and safe fuel that is growing in global significance, as world energy demand increases in a lower-carbon context.

The German energy sector continues to be among the most innovative sectors of the European economy. German businesses understand that they need to play a strong and competitive role in Africa to ensure a cleaner and stronger Germany.

"Mozambique is a great opportunity for German businesses to invest in gas monetization projects, petrochemicals, power projects, industrialization and immediate diversification of the economy that leads to jobs for the people of Mozambique and Germans alike", added Wagner.

Mozambique offers German companies many untapped opportunities to adapt and create new business models that are inclusive of and responsive to the tremendous opportunities and potential that exists in Mozambique.

The platform, created by the government of H.E. Filipe Nyusi and the Africa Oil and Power team to bring investment into Mozambique, is a step in the right direction. The GABF will be hosting the Germany-Mozambique roundtable and related discussions during the event, and will announce several investment agreements.

Mozambique is going to play a strong role in driving energy security and global peace, and will empower young people. When Germany exports goods and services to Mozambique or invests in its booming LNG markets, Germany must see this as a long-term engagement with Mozambique.

"Germany has had strong relations with Mozambique since independence. Many Mozambicans studied and lived in Germany, and Germany has provided wide-ranging support to support peace and reconciliation in Mozambique. Economic empowerment has to be our next goal, and now is the time," concluded Wagner.