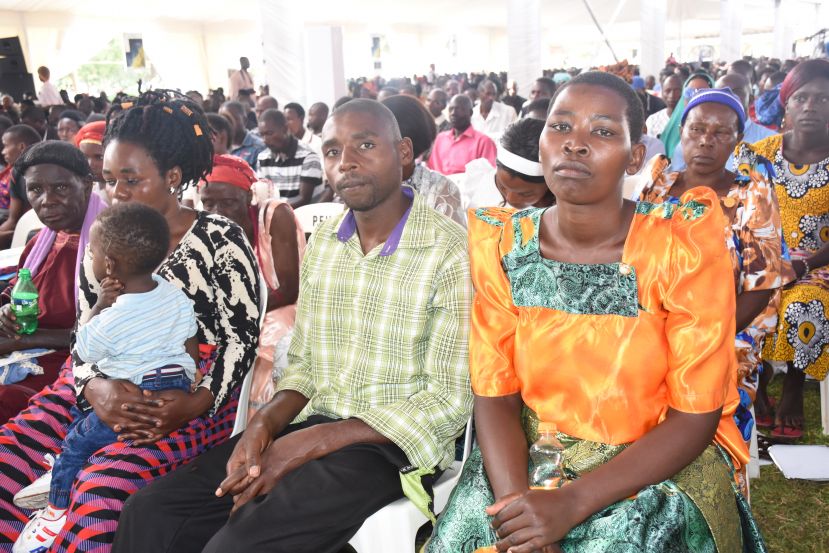 The Public hearing, a third of it’s kind to be organised by Petroleum Authority of Uganda (PAU) in partnership with National Environmental Management Authority (NEMA) is intended to give a platform in which all relevant stakeholders and developers are brought together to express opinions, and offer suggestions on the proposed Project to influence the decision-making process during review of the ESIA.

Speaking at the Public hearing, MS. Peninah Aheebwa, the Director Technical Support Services at the PAU who represented the Executive Director said the public hearing and the ESIA report are organised in accordance with the  National Environment Act and Regulations.

"Our role is to ensure that International Oil Companies (IOCs) adhere to the country’s legal and regulatory framework and international best practice. This includes ensuring that all the Oil and Gas projects are implemented in a manner that does not degrade the Environment and cultural heritage of the people of Uganda, but improves their wellbeing. I therefore call upon all of you to express your opinions openly and objectively" she said

Mr. Robert Kasande, the Permanent Secretary of the Ministry of Energy and Mineral Development who represented the Minister, said the Public Hearing for the Kingfisher Development Project ESIA Report was an important step towards first oil.

“This Public Hearing brings us closer to what everyone is waiting for. One of the precursors to the Final Investment Decision (FID) being taken, is proper documentation of both the positive and negative Environment and Social impacts of the projects, and the mitigation measures. FID will usher in the Engineering, Procurement and Construction phase where many benefits for the country will be realized”, said Kasande.

The KFDA ESIA was conducted by Golder Associates from UK and Eco and Partner consult from Uganda on behalf of CNOOC Uganda Limited that was awarded a production license by the Government of Uganda in 2012. The ESIA presents a description of the project facilities and the potential positive and negative impacts and mitigation measures during the construction, operation and decommissioning phases.

Mr. Cui Yujun, the Vice President of CNOOC Uganda Ltd presented the ESIA Report on behalf of the company that is the lead developer of the Kingfisher Development Project. A copy of the ESIA and its summary can be accessed on the websites of the PAU and NEMA (www.pau.go.ug and www.nema.go.ug).